GroundUp: Fees are an issue at school too, not just uni...

GroundUp: Fees are an issue at school too, not just university 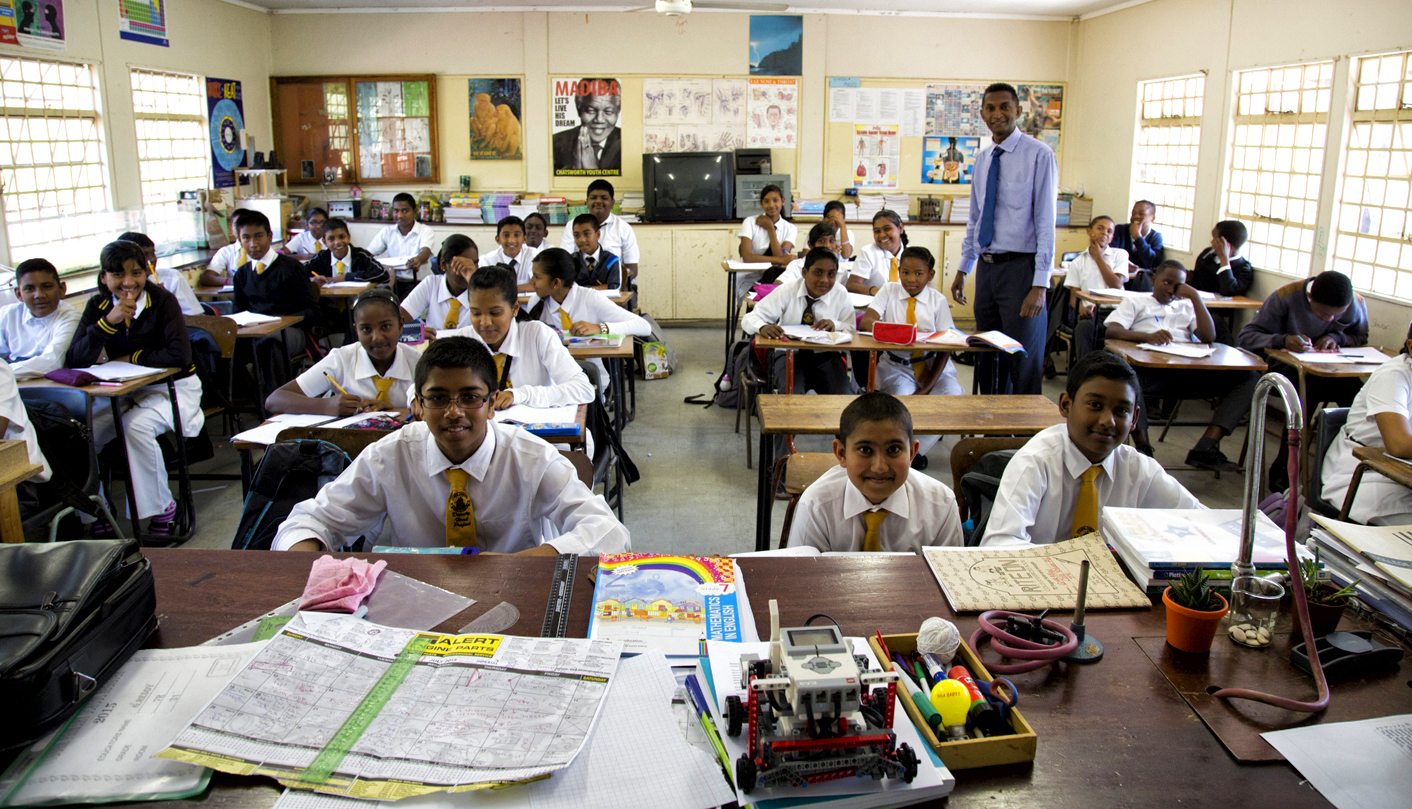 For many pupils, school fees are a barrier to education. By Nurina Allly and Daniel McLaren for GROUNDUP.

For more than a year, students around the country have put high university fees under the spotlight. But it’s not only at university that fees are an issue: the cost of school education is also a barrier for many.

In response to unequal access to quality public schooling, the South African Schools Act was amended in 2005 to establish a quintile system. Under this system, schools are categorised into five groups (quintiles) based on the relative wealth of their surrounding communities. Schools in the poorest communities are classified as Quintile 1 and schools serving the wealthiest communities are classified as Quintile 5. Quintile 1, 2 and 3 schools are not allowed to charge fees and are often referred to as no-fee schools.

Challenges with the quintile system

The School Monitoring Survey Report of the Department of Basic Education (last published in 2013) revealed troubling information. Nationally, 53% of learners attended schools that were not getting the minimum amount of funding due to them. This problem was most acute in Mpumalanga, the Eastern Cape, KwaZulu-Natal and Limpopo.

The department’s report concluded, “Considering that the Quintile 1, 2 and 3 schools are non-fee schools and completely dependent on government funding, these figures are a serious concern and require further investigation to ascertain the source of the problem and determine a viable solution.”

Additional concerns have been raised about the way schools have been classified into quintiles. Because the classification is based on the socio-economic conditions of the surrounding community rather than on the circumstances of the pupils who actually attend the schools, there is concern that schools which primarily serve poor learners in areas adjacent to wealthier neighbourhoods will be wrongly classified.

The quintile system effectively ignores the reality of informal settlements or townships near wealthier areas, or of learners who travel long distances from poor areas to better-resourced schools in wealthier areas.

The South African Schools Act allows learners to apply for a fee exemption if they have been accepted into a fee-charging public school and cannot afford the fees.

The Regulations Relating to the Exemption of Parents from Payment of School Fees in Public Schools sets out the procedures that must be followed by parents and school governing bodies (SGBs). Learners’ parents are entitled to full exemption if school fees account for more than 10% of their combined annual gross income. The regulations further exempt certain children automatically from paying school fees, including orphans in orphanages and child-headed households, learners whose parents receive a social grant on their behalf such as the Child Support Grant, and pupils in the care of foster parents.

However, fee-charging schools have an interest in admitting fee-paying learners and may not make the right decisions about whether to admit poorer learners and approve fee exemptions. The Equal Education Law Centre deals with such cases on a regular basis and has undertaken litigation on behalf of single parents to challenge aspects of the process.

Also, while section 40(2) of the Act entitles parents who have been denied fee exemptions to appeal the SGB’s decision to the head of department, the procedure for doing so is rarely clear or indeed communicated to affected parents.

In 2014, only 7% of learners benefited from fee reductions, exemptions or partial bursaries (StatsSA, General Household Survey, 2015).

Fees are the main reason for drop-outs

In spite of increased access to no-fee schools, school fees (and other schooling costs) are still a barrier to learner enrolment and contribute to the high drop-out rate.

The General Household Survey found that 24% of people aged 7 to 18 cited “no money for school fees” as the main reason for not attending an education institution in 2014.

Are fees compatible with equalising access to quality education?

Around 15% of the nation’s pupils find themselves in tier one, with the remaining 85% in tier two. Access to either tier continues to be determined primarily by race and class, which is clearly incompatible with the constitutional obligation of substantive equality and redress for past racial discrimination.

Why not free education?

South Africa is one of very few countries in the world where primary and secondary education are not available free to all.

In 2015, South Africa ratified the International Covenant on Economic, Social and Cultural Rights. This treaty requires government to formulate a plan of action to provide universal free primary education, and ensure the progressive achievement of universal free secondary education, within two years. The public has a crucial role to play in holding government accountable to this obligation.

The possibility of universal free education must be kept on the agenda.

In the meantime, more should be done to make sure that cost is not a barrier to basic education.

If inequalities in funding and access to quality education are not reduced at school, university enrolment and experience will continue to be unequal too. DM

Nurina Ally is the Executive Director of the Equal Education Law Centre. Daniel McLaren is a Senior Researcher at the Studies in Poverty and Inequality Institute. For other articles on equality in school funding, see: