Op-Ed: In the world that belongs to Trump, time for vig...

Op-Ed: In the world that belongs to Trump, time for vigilance, everywhere 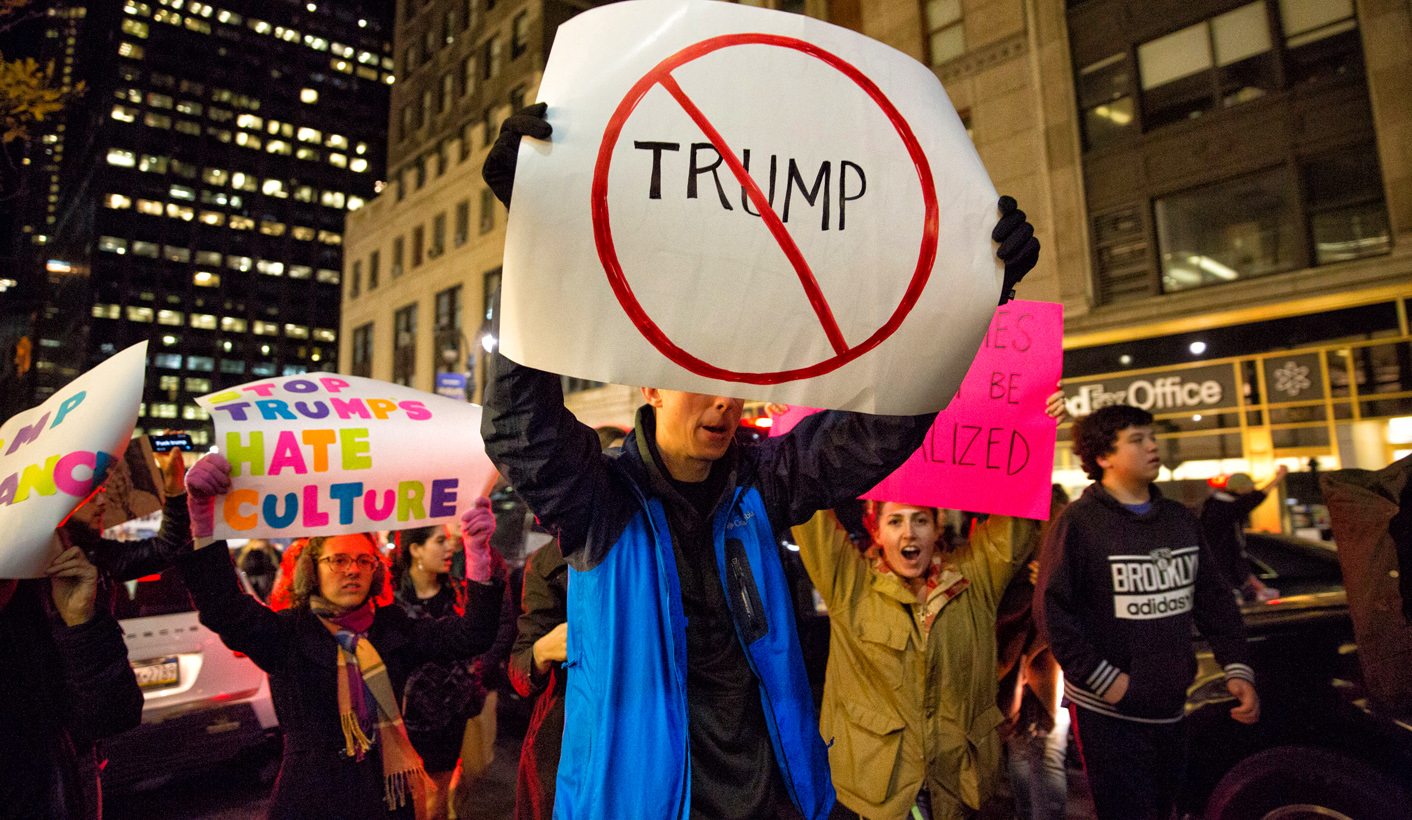 To vote for a man embraced by the Ku Klux Klan and the American Nazi party takes a special kind of bile. And voting is not all his supporters have done. By JENNIFER COHEN.

In May I started to believe that Donald Trump could win the US presidential election. What convinced me was the prick to the liberal bubble George Packer administered in a piece he wrote for the New Yorker. In it he described his friends, members of the chattering classes and “media elite” who wouldn’t dream of mocking people of colour, or women, or other vulnerable groups, jocularly asking whether his neighbours in West Virginia have teeth or sleep with their sisters. Denigrating the redneck and hillbilly remains an acceptable ‘ism for the politically correct.

I don’t buy that these ‘middle Americans’ – or their British counterparts, the “leave” voters, whom John Lanchester described as members of a “precariat” class – were galvanised merely by anger at being left behind by widening inequality and fewer blue-collar jobs to vote the way they did. After all, black, Hispanic, and other minority voters – for generations left even farther behind – did not.

It’s becoming increasingly convincing that Trump supporters voted knowingly and with vigour for a white supremacist. That he is also a sexual predator, a xenophobe, an admirer of Vladimir Putin and a threat to free expression and the rule of law makes the left-behind argument even more spurious. Given the media’s role in treating his campaign as entertainment, I would defy these voters to say they did not know their candidate.

To vote for a man embraced by the Ku Klux Klan and the American Nazi party takes a special kind of bile. And voting is not all his supporters have done. Shaun King, who writes about justice, has been collecting and tweeting incidences of hate crimes perpetrated since the election. From name-calling hurled by children at children to overt threats and hate-filled venom directed at women, African-Americans, Muslims, Mexican-Americans and people in wheelchairs, King’s timeline is an indictment of tolerance, diversity and civility, the very ideas underpinning any remaining affection I hold for my mother country and evidence of that liberal bubble.

On Tuesday morning King announced that he is working with Harvard, MIT, the Southern Poverty Law Centre and Ushahidi, the app developed to map crowd-sourced reports of violence during the 2008 elections in Kenya, to verify and spread these stories.

Americans will need to face these stories, as painful as they are, to fight for their democracy and to protect the vulnerable. The media – chasing the clicks and seeing Trump as a godsend for their ratings – may not help as much as we’ve come to expect.

Many are writing about the media’s complicity in “normalising” Trump. None of the major newspapers saw fit to make the appointment of white supremacist and self-proclaimed Leninist Steve Bannon headline news. CBS identified him as a “former Goldman Sachs employee”. And Bannon is quoted in an interview making its rounds on twitter: “Lenin,” he answered, “wanted to destroy the state, and that’s my goal too. I want to bring everything crashing down and destroy all of today’s establishment.” This is not normal.

And 60 Minutes, a weekly show resembling Carte Blanche, sat for two days on a recording of Trump, after admitting there may have been “one or two” incidences of violence from his supporters, turning to the camera to say “Stop it”.

Even here, one of the Sunday papers ran a story in its business section headlined the “Silver lining in Trump win” and lauding his economic “plan”.

Trump has so far appointed a climate change denialist to his transition team to oversee the Environmental Protection Agency; is hinting that Rudy Giuliani – the former New York Mayor who instituted the racial profiling stop-and-frisk programme whose practices were found to violate the constitution – could be the next Attorney-General; and has enfolded his children into his transition team and requested security clearance for them, possibly violating the 1960s-era law against nepotism.

Kendzior has been another important voice throughout the campaign, drawing parallels between a Trump presidency and “dictatorship as spectacle”. In one article, she quotes from Laura Adams’ book The Spectacular State: “A spectacular state is one where, more than in other countries, politics is conducted on a symbolic level, promoting the state’s domination over the shared meaning of concepts such as heritage and progress… Spectacle enables elites to close opportunities for input from below, but without making the masses feel left out.” For Kendzior, “The nation becomes a brand; the dictator, a brand ambassador; the people, a captive audience.”

There are many parallels here in South Africa and have been throughout history. Sun Tzu, the Chinese military strategist who died some 500 years BC, said: “He who exercises on forethought but makes light of his opponents is sure to be captured by them.”

Photo: Protesters take to the streets following an anti-Trump demonstration in front of Trump Tower in Manhattan, New York, New York, USA, 12 November 2016. President-elect Donald Trump will become the 45th President of the United States of America to serve from 2017 through 2020. EPA/KEVIN HAGEN