ISS Today: Zuma tries to revive ACIRC, but will it work...

ISS Today: Zuma tries to revive ACIRC, but will it work? 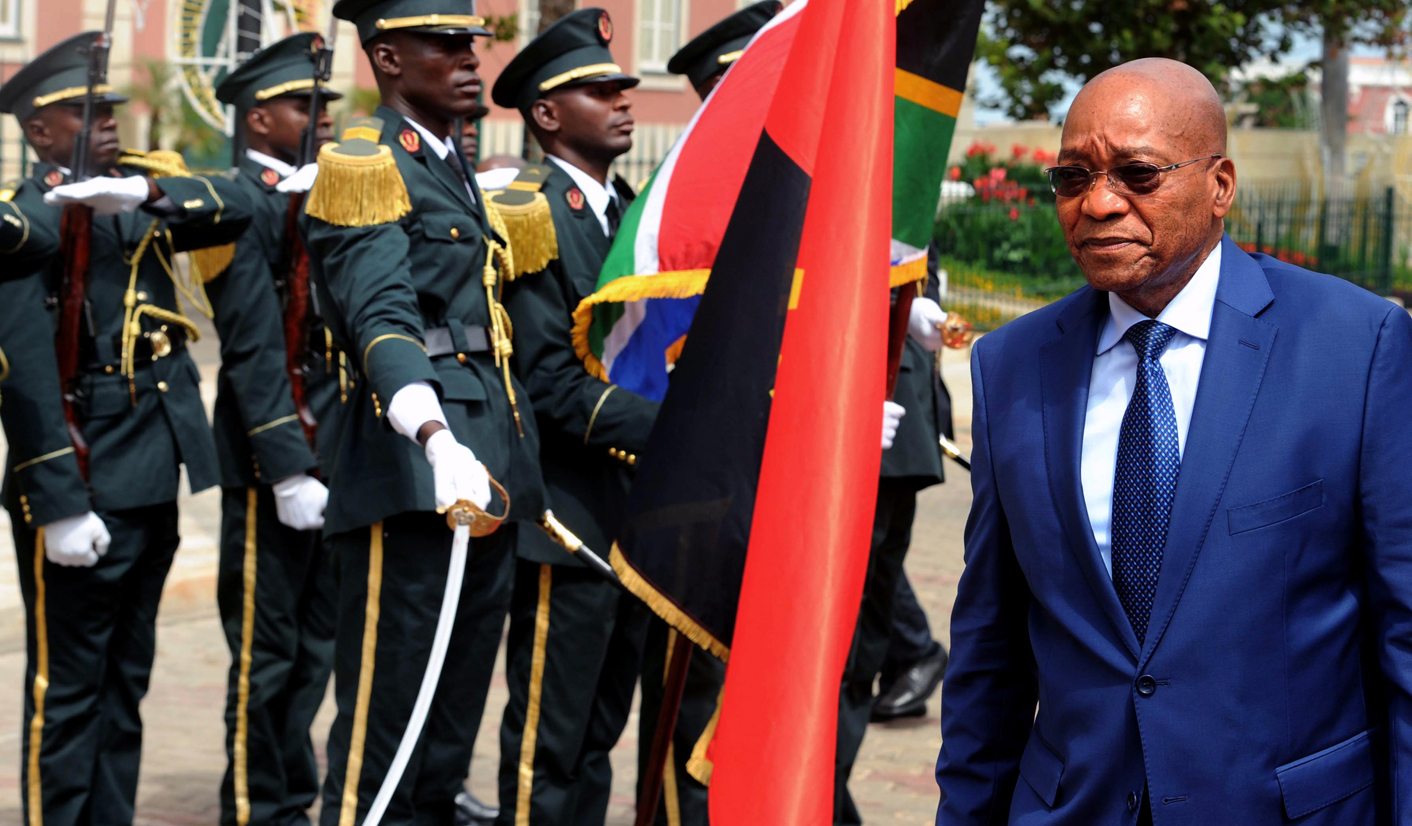 African heads of state met recently to discuss the African Capacity for Immediate Response to Crises, but it still lacks continental buy-in. By Liesl Louw-Vaudran for ISS TODAY.

Last week, South African President Jacob Zuma attended a summit meeting in Addis Ababa with those leaders who volunteered to be part of the African Capacity for Immediate Response to Crises (ACIRC). This was only the second ACIRC heads of state meeting since the inception of the initiative, which was led by Zuma in 2013.

In fact, this the first mention of ACIRC in a very long time. Many thought that the idea of a rapid combat force – commandeered from Addis Ababa and capable of deploying within days to stop wars and save lives – had long been abandoned in favour of a regional approach. The latter was the original design of the African Standby Force (ASF), drawn up more than 10 years ago.

When the AU tried to find a plan at the beginning of last year to fight Boko Haram, no one suggested deploying ACIRC. And yet, at least on paper, it was ready to be deployed, with a team drawing up scenarios in an office at the AU headquarters, and a roster committing each of its members to have troops on standby for six months. Participating countries are Algeria, Angola, Benin, Chad, Burkina Faso, Egypt, Mozambique, Niger, Rwanda, Senegal, South Africa, Sudan, Tanzania and Uganda.

The AU documents calling for setting up ACIRC specifically mention possible deployment in the case of “neutralisation of a terrorist threat”. But instead, the AU opted for a new force – called the Multinational Joint Task Force (MNJTF) – against Boko Haram. The task force is made up of the Lake Chad Basin Commission Countries (Nigeria, Chad, Niger and Cameroon), as well as Benin.

Again, a few months ago, when African leaders were desperate to stop the devastating war in South Sudan, no one put up their hand to offer an ACIRC intervention. Leaders at the AU summit in Kigali then opted for a new African regional protection force for South Sudan.

What happened? A lot of money has been spent in the last three years, conferences have been held and staff employed by ACIRC, but there is doubt whether ACIRC will realistically ever be deployed in its current form.

On the one hand, there are those who say that ACIRC is the only way to prevent another situation like the one that unfolded in early 2013 in Mali, when French forces were called in to stop armed Islamist groups from advancing to the capital Bamako and threatening the Malian state. The French intervention was an embarrassment for AU leaders – and Zuma’s call in May 2013 to set up ACIRC was a direct response to what happened in Mali.

To deploy a rapid force, so the argument goes, one would have to bypass the lengthy consultations between the AU and regional economic communities (RECs) and regional mechanisms (RMs), and be able to airlift troops into battle as soon as a green light is given by the AU Peace and Security Council – the highest decision-making body of the AU on peace and security in between summits of the AU Assembly. The AU Commission chairperson, in conjunction with and the AU Commissioner for Peace and Security, would be in charge – not the REC or RM concerned.

Those who support ACIRC say that the crisis in Mali showed clearly that the Regional Standby Forces of the RECs, in this case the Economic Community of West African States (ECOWAS), were not equipped, battle-ready or able to intervene in such situations.

By the time ECOWAS’s African-led International Support Mission for Mali (AFISMA) actually got to Bamako, most of the fighting was over and the French managed to get Islamist groups to relinquish control of the north of the country.

A well-trained force with a strong mandate that is ready around the clock can help save lives and prevent a genocide like the one in Rwanda in 1994, say some military analysts.

Others, however, disagree strongly.

Military intervention is extremely expensive, politically loaded and technically very complicated – especially on a continent with 54 countries and severe financial constraints. That is why it is impossible for a small group of countries to start an intervention force and to deploy successfully without buy-in, especially without military heavyweights such as Nigeria and Ethiopia, say those opposed to ACIRC.

Clearly, the AU holds dear the principles of consensus and of subsidiarity. Nigeria, for example, could be opposed to the ACIRC because it doesn’t want a brigade led by South Africa, Uganda or any other ACIRC nation to be parachuted into its backyard to come and fight against Boko Haram.

ACIRC might still get buy-in over time. Leaders change, and Zuma’s successor might be more successful in getting Nigeria and others on board. But this is not the case for now.

Second, any direct military intervention envisaged by the AU usually first needs approval from the United Nations Security Council, the body ultimately responsible for peace in the world. This can take time – with or without ACIRC.

Third, and this is the elephant in the room: who is going to pay for ACIRC? Zuma said in an interview following the ACIRC meeting in Addis Ababa that it would be “an independent force” that will not rely on outside funding. So who is going to finance it? At the moment, the European Union (EU) funds the work of the AU Peace and Security Operations Department, which for now includes the ACIRC staff.

As for combat capabilities, the ACIRC volunteering nations don’t have enough capacity to go around. South Africa, for example, is pretty much tied up because of its participation in the UN Intervention Brigade in the eastern Democratic Republic of Congo, and Algeria can only pledge training and airlifting.

The last three years since the inception of ACIRC have shown that even if it were designed as a stopgap measure to ensure rapid deployment while the African Standby Force gets off the ground, it remains plagued by the same constraints – regional and continental buy-in, UN approval and money – that have prevented the ASF from successfully deploying up to now.

Therefore, many in the AU structures and member states believe it is better to return to the original plan of the African Standby Force, which is to create five regional standby brigades, commanded by the RECs, in order to get buy-in from everyone. The original plan includes a Rapid Deployment Capability.

Restructuring the African Standby Force has already begun to provide for changing realities on the ground and within the AU. Annette Leijenaar, Head of the Institute for Security Studies’ Peace Operations and Peace-building Division, points out that part of the restructuring is to verify the planning elements of each REC. This forms part of the ASF 2016-2020 Maputo Work Plan, which reflects the RECs’ current realities and structures.

“The best way forward is for ACIRC to be merged into the ASF, in order to enhance it,” says Leijenaar.

A plan is now on the table to finance the ASF through a regional mechanism that requires each of Africa’s five regions to contribute $65-million a year through a 0.2% levy on imports. This would theoretically give regions the upper hand in peace operations.

Leijenaar also points out that those who complain that the ASF can’t get its act together forget that in fact, over the last few years, Africa has deployed thousands of peacekeepers and intervention brigades in a number of very difficult conflicts. These include the African Union Mission in Somalia, the Economic Commission for Central African States’ initial intervention in the Central African Republic, AFISMA and the MNJTF – all of them with varying degrees of success.

With a lot of to-ing and fro-ing and grandstanding by big powers, it looks as if “African solutions to African problems” will have to become a reality. With an isolationist Donald Trump in the White House and an EU with less and less money to spend, this will be more important than ever before. DM

Photo: President Jacob Zuma walks past members of a presidential guard ahead of a meeting with President Jose Eduardo dos Santos in Luanda, Angola for talks, Wednesday, 14 January 2015. Picture: Department of Communications (DoC)/SAPA