ISS TODAY: Sticking with the ICC is Africa’s best shot at reform 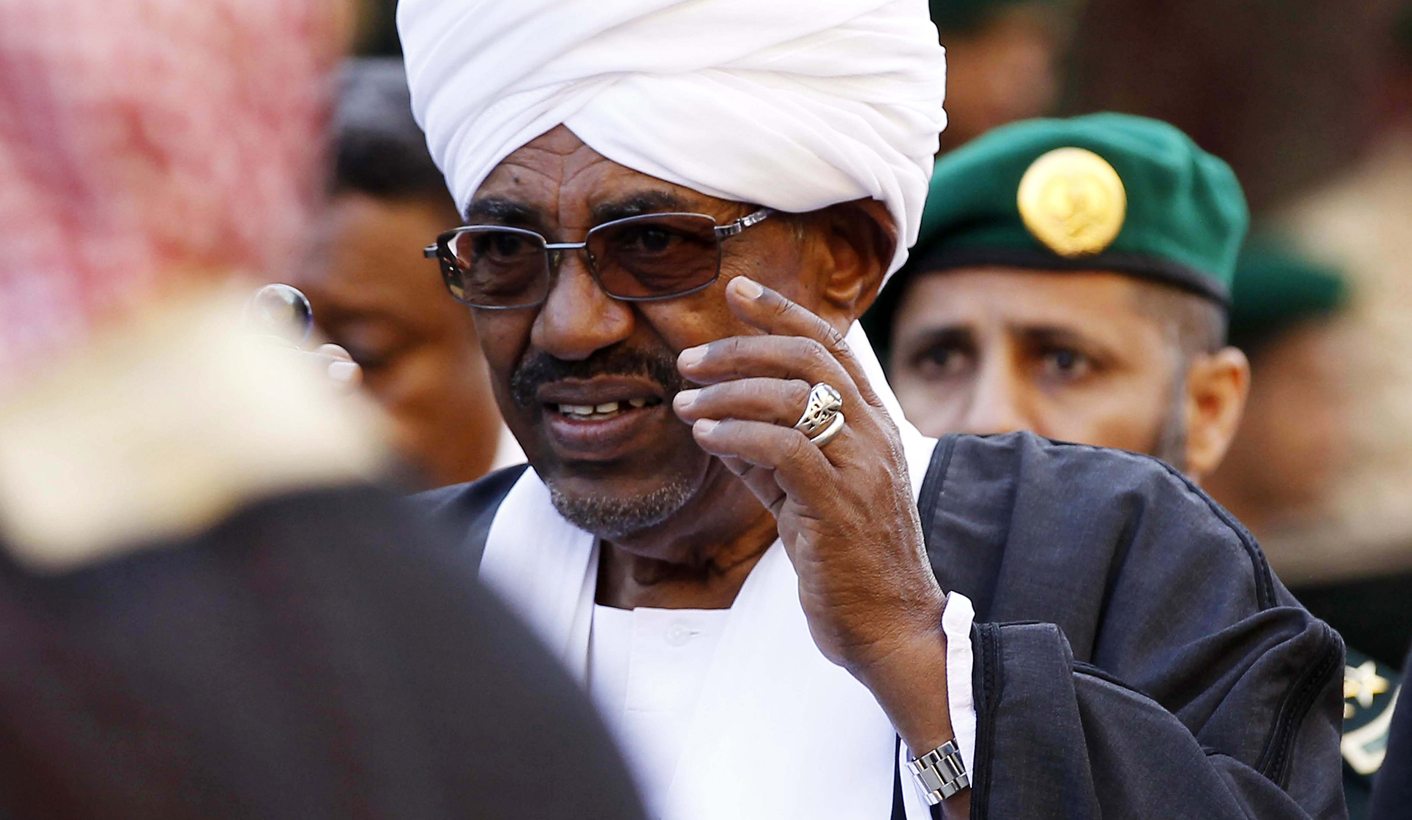 Several avenues are available to African states to address their concerns with the Rome Statute. By Allan Ngari for ISS TODAY.

Today, November 16, 2016, the 15th Session of the Assembly of States Parties (ASP) to the Rome Statute of the International Criminal Court (ICC) kicks off in The Hague. This year, it will not be business as usual at the ASP.

Earlier in October, Burundi and South Africa gave notice of their intention to withdraw from the Rome Statute. The Gambia followed suit last week. The Republic of Congo and Namibia have indicated that they too plan to withdraw.

In its notice, the South African executive expressed, almost lyrically, the country’s reasons for withdrawal. The over-arching concern relates to the application and interpretation of the Rome Statute. This comes against the backdrop of South Africa’s controversial failure to arrest Sudanese President Omar al-Bashir in June last year.

There are two outstanding arrest warrants – issued in 2009 and 2010 – by the ICC against al-Bashir, who visited South Africa in June 2015 to attend the African Union (AU) Summit. The ICC Pre-Trial Chamber urgently ordered that, in terms of the Rome Statute, South Africa was under an obligation to arrest al-Bashir and surrender him to the ICC.

In its withdrawal instrument, the South African executive states that it is conflicted between that obligation to arrest and the obligation to respect the diplomatic immunity of heads of state. Other African states parties to the Rome Statute and the AU have voiced similar concerns.

African states’ reasons for withdrawal include such competing obligations with respect to immunities for heads of state, tension and interplay between peace and justice, and an alleged bias of prosecution of African leaders over those of other states. If withdrawal from the Rome Statute can be likened to a tree, these concerns would be the visible parts of the tree: the trunk, the branches and leaves. The unseen or ignored root of the problem is the imbalanced geo-political configuration of the international community of states. Unless this root cause is addressed, it will explicitly continue to undermine the international criminal justice project as a whole – beyond the ICC.

By giving the UNSC power to refer and defer situations to and from the ICC respectively, the Rome Statute system is locked in the inequalities of the geo-political landscape of the international community of states. Consequently, the ICC receives increased backlash for (in)action in various situations where international crimes are committed.

This goes to the heart of the current spate of withdrawal by African states.

Several commentators have lamented the role that the UNSC has on the workings of a judicial institution. The UNSC is led by five permanent member states that do not represent current global political dynamics – which effectively renders it out of step with the need for geographic representation.

Furthermore, three of these five permanent members – China, Russia, and the United States of America (USA) – are not party to the Rome Statute. The other two, France and the United Kingdom, are long-time members and supporters.

The UNSC has referred situations to the ICC on two occasions. The first was Darfur, Sudan, in 2005 and the second is Libya – in 2011. These referrals required that the five permanent members support (or abstain from voting on) resolutions drafted under Chapter VII of the UN Charter.

Naturally, there is a problem when any one of the permanent five disagrees – for whatever reasons (largely political) – on whether to refer a situation. This was the case for Syria where both China and Russia voted against a resolution to refer the deteriorating situation to the ICC for investigation. With its current configuration, it is unlikely that the UNSC will in the future be successful in referring situations, or deferring ongoing investigations or prosecutions at the ICC.

Undeservedly, the ICC has received extensive backlash for not acting in situations such as Syria. Since Syria is not a state party, it cannot (and would not) refer itself to the ICC – as some African states such as Uganda, the Democratic Republic of Congo (DRC), Central African Republic and Gabon have done. The ICC Prosecutor cannot initiate an investigation for the same reason. The UNSC is the only option.

The problem with the Syria non-referral lies in the politics of the UNSC and particularly the failure of the permanent five member states to reach consensus for referral. This is not news to African states. The role of the UNSC in the Rome Statute system has vexed African states since the first arrest warrant against al-Bashir was issued in 2009.

In 2010, at the Review Conference of the Rome Statute, African states requested the amendment of the Rome Statute regarding referral and deferral of situations by the UNSC. The request was to have the General Assembly, through a Uniting for Peace Resolution, to override the inaction of the UNSC in any situation. South Africa, on behalf of the African Group of States Parties, unsuccessfully represented this position.

While the case for reform of the Security Council remains as strong and urgent as ever, it is crucial to note that there are other avenues that states parties can – and should – take within the legal framework of the Rome Statute and the ASP to have their concerns addressed.

First, Article 119 (2) of the Rome Statute provides for the settlement of disputes between states. States are encouraged to engage in negotiations to resolve disputes relating to how the Rome Statute is interpreted and applied. Constructive dialogue remains the key to break the deadlock. This is the time for action by all states; not just African states parties.

Should negotiations fail within a three-month period, the Rome Statute prescribes that the ASP in its entirety should be called upon. It is possible that engagement between the AU Open-Ended Committee of Foreign Affairs Ministers, which is mandated to explore avenues of dialogue with the UNSC, could have achieved this objective.

Several meetings between these two entities have failed to start. The ASP may settle the dispute or make a recommendation to refer the dispute to the International Court of Justice (ICJ).

Article 27(2) of the Rome Statute, however, states that there will be no immunity from prosecution. States parties that have ratified the treaty have therefore accepted to be bound by this provision.

The contention by some African states parties, including South Africa, is that there are competing obligations by states emanating from the Rome Statute and other international law obligations. With such questions going to the core of treaty interpretation, the ICJ would probably provide guidance and finality to the dispute.

These numbers indicate that there is a possibility that African states parties can succeed in amending the Rome Statute with the support of the global south. This is an opportunity that South Africa, Burundi and other states threatening withdrawal from the Rome Statute will lose in the next year.

Withdrawing from the Rome Statute means resigning from a system that is aimed at protecting mankind from crimes that shock our conscience. This system is not perfect, but with the constructive assistance of states, the apparent flaws can be remedied.

The ASP performs management oversight and legislative functions of the ICC. The current session, which will run until November 24, will bring together all 124 states that are party to the Rome Statute as well as other observer entities such as the AU.

In the battle for the survival of international criminal justice in Africa, the ASP is not the sole protagonist; the AU is heavily implicated and invested. The upcoming AU Summit in January 2017 presents yet another opportunity for African states to demonstrate their commitment at the levels of the executive council, and heads of state and government, towards establishing and maintaining avenues to close the gap of impunity for international crimes in Africa. DM

The ISS will be at the ASP to engage with representatives of states parties, and will host three side events:

Photo: A file picture dated 23 January 2015 shows the President of Sudan, Omar al-Bashir, at the funeral of the late Saudi King, Abdullah bin Abdulaziz al-Saud, in Riyadh, Saudi Arabia. The International Criminal Court (ICC) late 13 June 2015 called on authorities in South Africa to arrest Sudanese President Omar al-Bashir, who was in Johannesburg attending an African Union summit. The Hague-based court in 2009 issued an arrest warrant for al-Bashir on charges of war crimes and genocide related to fighting in the Sudanese conflict region of Darfur. EPA/AHMED YOSR