Op-Ed: The Gatvol syndrome, The Apprentice and world po...

Op-Ed: The Gatvol syndrome, The Apprentice and world politics 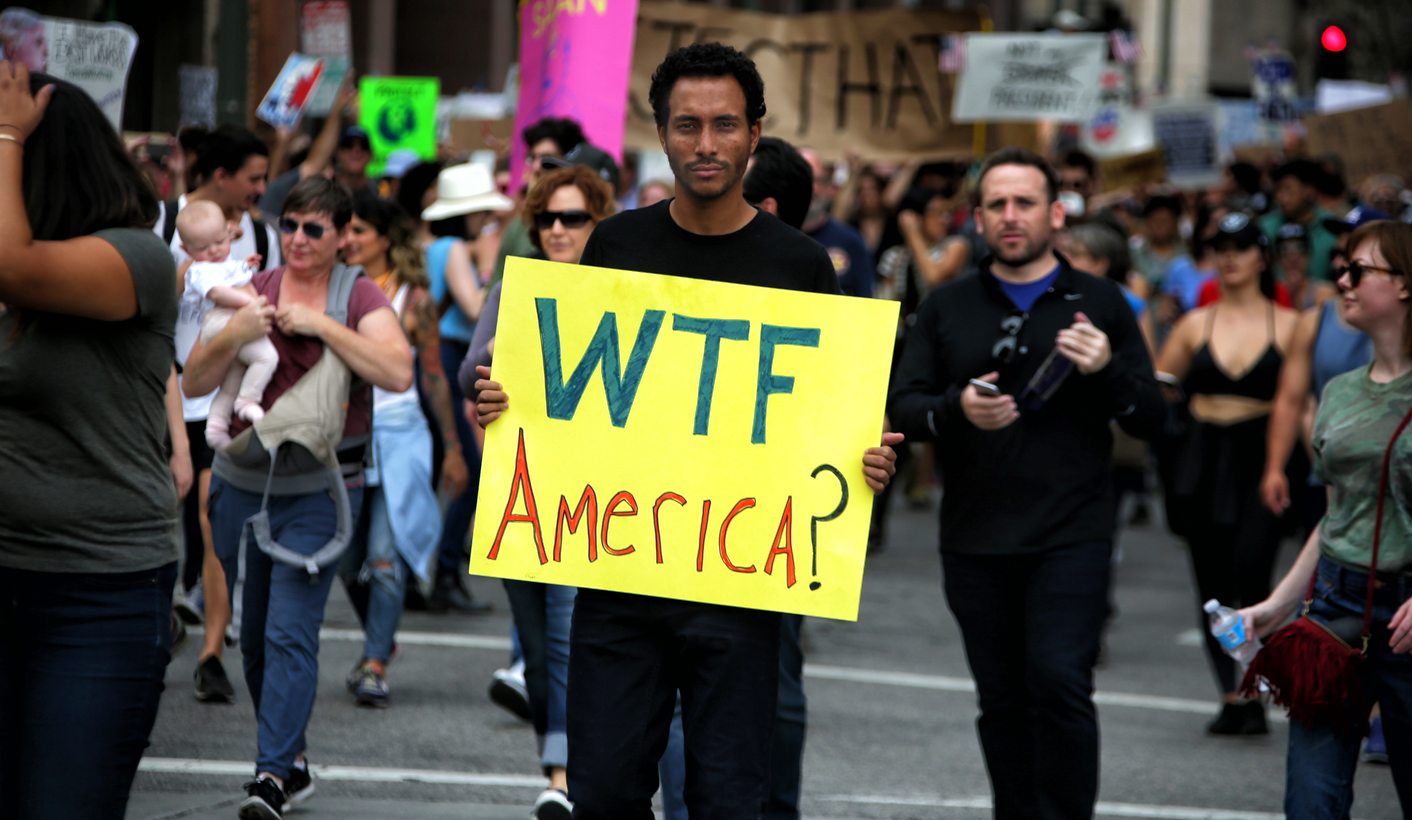 American elections are important for the rest of us because the US is a superpower and its actions or inactions have consequences for the world. And while foreign policy has not been every president-elect’s strong point, Donald Trump comes to the job as very much an apprentice, except that no one can fire him. By ELIZABETH SIDIROPOULOS.

Eight years ago the American people voted for “Yes, we can”, Barack Obama’s politics of hope. Eight years ago many across the world were celebrating the election of the first African-American president and the new politics that it might bring. But over the last eight years we have seen a rise in political extremes both in the US and across Europe.

Trump’s election, the phenomenal showing of Bernie Sanders and the success of the Brexit campaign in the UK are all symptoms of this trend.

People are angry, they are frustrated and fearful – fearful of the loss of their identity, of their livelihoods in an increasingly globalised and integrated world, and their sense of powerlessness to staunch it. They are gatvol… across the US, Europe and yes, in South Africa. They are impatient with a political elite that is completely out of touch with the realities of ordinary citizens and which provides fertile ground for populism, both through political parties and social movements.

For the chattering classes it is truly frightening that Trump’s vitriolic rhetoric on the campaign trail laced as it was with prejudice against most groups of people – from women to Muslims, Latinos or LGBTIs – resonated with so many Americans. In South Africa, where we are so acutely aware of our own recent history, this campaign from what is regarded as the bastion of democracy and tolerance has been impossible to comprehend. But Trump tapped into underlying prejudices born of fear.

The outcome of these elections is a cautionary tale for leaders worldwide. It is not confined to the US and Europe only. Rising inequality, rising insecurity and the related socio-political disempowerment will have consequences for political leaderships sooner or later if these citizens are not heard.

South Africa has not been spared. The groundswell of anger and disaffection has fuelled the successes of the Economic Freedom Fighters, allowing them to become kingmakers in many municipalities. The #FeesMustFall movement which has paralysed campuses in the last few weeks is also a result of this political dislocation and gatvol-ness. The cautionary tale is that the exclusionary and prejudicial vitriol that has been vented in the US and Europe should not be a licence for people to say and act on things that previously would have been considered unacceptable – racism, bigotry.

American elections are important for the rest of us because the US is a superpower and its actions or inactions have consequences for the world. And while foreign policy has not been every president-elect’s strong point, Donald Trump comes to the job as very much an apprentice, except that no one can fire him.

Of course, the US’s policy under successive US presidents has been interventionist to various degrees, from the Balkans to Iraq and Libya. Under President Obama, drones became a key tool of the administration in wiping out jihadists. But Trump’s campaign rhetoric points to a new development in post-Second World War foreign policy. He has raised serious questions about the US’s traditional alliances with Western Europe, Japan and South Korea, he has argued interchangeably for a stronger American presence in the Syrian conflict or that the US should leave the Russians to sort it out… and he has indicated a reversal in the US commitment to an open world trading system.

Africa, which tends to be a bipartisan issue in Washington DC, did not feature in the campaign, but what are likely to be the elements that African states will need to consider in shaping how they will engage with the new US president?

First, Trump’s anti-trade tirade signals the end of the mega-regional trade agreements that Obama championed with the Pacific and Europe. These were as much about geopolitics as they were about trade on a technical level. While Africa was a part of neither, the concern was that these would set global standards for trade which other countries would need to comply with but which they did not help shape.

Once off the table, might this create an opportunity for the revitalisation of the WTO? Unfortunately not. Republicans have long had an antipathy for multilateralism; this will be more so under President Trump.

Specifically in Africa, AGOA was renewed last year. Important for the economies of many African states, it expires in 2025 to be replaced by bilateral trade agreements. Although Africa comprises a very small proportion of global trade and should thus not elicit the same concerns about US job losses, the experience of South Africa in negotiating its access this year does not bode well in this new climate in the US. President Obama was committed to getting a solution to the chicken wars and thus ensuring South Africa’s inclusion. A president Trump may be less generous.

Second, in another key multilateral area, we will see less American commitment to climate change, an item that President Obama had elevated during his presidency, signing the historic Paris agreement, which entered into force a few days ago. Africa is the continent least able to respond to the ravages of climate change; a disengaged America means that the world’s chances of achieving the Paris targets will diminish, with the concomitant consequences for African states. Unfortunately, a President Trump could repeal Obama’s executive order, and based on his rhetoric there are strong indications that he will.

Third, the US continues to be the largest bilateral donor in absolute terms although it falls far short of the ODA target of 0.7%. In Africa, its PEPFAR programme on HIV/AIDS has made a significant difference since its introduction by President George W Bush. It is unlikely that development aid will feature high on the president’s agenda, and if it does its focus will change much more narrowly on issues that affect the US’s security. Given his obsession with Muslim extremism, efforts to destroy jihadists across the Sahel and in the Horn of Africa will intensify… but the irony is that the lessons of the last decades are that hard responses might address the symptoms in the short term, but help to breed extremism in the longer term. In these efforts he may find willing allies in some African countries, but this would be short-sighted.

All being said, Trump’s foreign policy priorities are still unclear. One would hope that the various checks and balances on the executive power of the president inherent to the US political system, including the influence of the Republican Caucus and the Congress, will moderate both the rhetoric and the actions of the incoming US president. We have already seen some signs of this in his acceptance speech.

The time is now for thoughtful, enlightened, and accountable leadership to address the political dislocation and gatvol-ness that we see across the world. This is a call not only to Trump, but to all in political leadership across the globe. DM

Elizabeth Sidiropoulos is Chief Executive of the South African Institute of International Affairs.

Photo: Thousands of demonstrators march to protest the election of Donald Trump as the 45th president of the United States, in Los Angeles, California, USA, 12 November 2016. EPA/MIKE NELSON