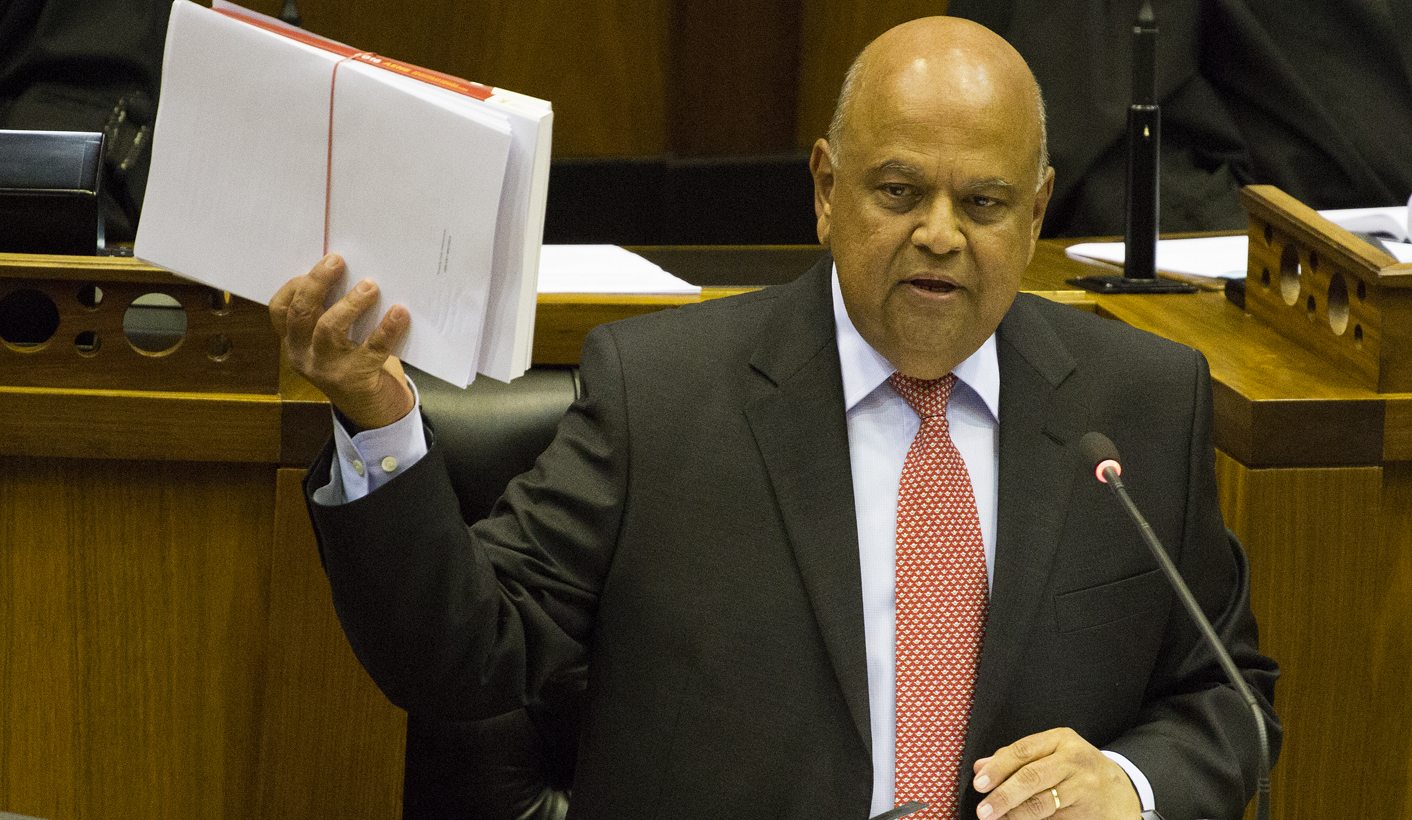 The crux of a case before the Constitutional Court concerned how should one respond to racism. Chief Justice Mogoeng Mogoeng ruled to the effect that racism can no longer be glossed over, accommodated or excused. By Safura Abdool Karim for GROUNDUP.

“[This case] bears testimony to the fact that there are many bridges yet to be crossed in our journey from crude and legalised racism to a new order where social cohesion, equality and the effortless observance of the right to dignity is a practical reality.” – Chief Justice Mogoeng Mogoeng

On November 8 the Constitutional Court delivered a unanimous judgment in the case of South African Revenue Service v Commission For Conciliation, Mediation And Arbitration and Others.

To the court, this case was about more than an unfair dismissal; it was a reminder of the gap between the goals of our constitutional democracy and the remnants of our painful and divisive past. It was also a moment for the court to reflect on why racist language was still openly practised by some in our country despite it being unconstitutional and illegal and what role the court ought to play in changing this.

The judgment begins with a reminder that the United Nations declared the system of apartheid to be a “crime against humanity”. Mogoeng then discusses the history and meaning of the word kaffir and its status as hate speech before affirming the court’s responsibility in the eradication of racism under South Africa’s constitutional order.

“Are we perhaps too soft on racism and the use of the word kaffir in particular?” the Chief Justice asks and then answers, “My observation is that very serious racial incidents hardly ever trigger a fittingly firm and sustained disapproving response.”

The case concerned Jacobus Johannes Kruger, a SARS employee who referred to his superior as a kaffir on two separate occasions in 2007. Following these incidents, Kruger was subject to a disciplinary hearing where he pleaded guilty and admitted that he had used racist remarks toward his superior on both occasions. Kruger did not apologise or show remorse for his conduct. The chairperson of the hearing imposed a 10-day sanction and a final written warning which would be valid for six months. The chairperson also ordered Kruger to undergo counselling.

When the SARS Commissioner at the time, Pravin Gordhan, became aware of the decision of the enquiry, he amended the sanction to dismissal.

Kruger challenged the fairness of his dismissal at the CCMA. He also challenged the commissioner’s authority to convert the sanction. Kruger also denied having made the racist remarks he had admitted to in the inquiry and alleged that he was forced to plead guilty at the inquiry.

SARS unsuccessfully appealed the decision in both the Labour Court and Labour Appeals Court.

Following the Labour Appeal Court’s dismissal, SARS initially decided not to appeal and advised Kruger of this decision. Kruger was also told to make arrangements to return to work. However, three days later, SARS reversed this decision and informed Kruger that it intended to appeal and the case eventually came before the Constitutional Court.

Kruger challenged the appeal on the basis of SARS’s initial decision not to pursue an appeal and argued that SARS had effectively abandoned its right to appeal and was therefore unable to pursue an appeal. The Constitutional Court found that though SARS had abandoned its right to appeal there were constitutional considerations which justified the court overriding this abandonment and allowing the appeal to proceed.

The appeal SARS brought before the Constitutional Court was slightly different to those in the lower courts in that it sought to set aside the arbitrator’s decision to reinstate Kruger on the ground that the decision was unreasonable.

To decide this issue, the court had to answer one question: Was the arbitrator’s decision one that no reasonable arbitrator would have made in the circumstances?

When making an order, an arbitrator of the CCMA can grant three remedies: reinstatement, re-employment and compensation.

In terms of the Labour Relations Act, an order for the reinstatement of an employee must be made unless one of four circumstances exist:

1. The employee does not want to be reinstated or re-employed;

2. The relationship between the employer and employer has become intolerable;

3. It is not reasonably practicable for the employee to be reinstated or re-employed; or

4. The finding of unfairness was only based on the employer’s failure to follow a fair procedure.

As a result, the arbitrator needs to consider whether one of the four exceptions applies to his or her case before making a decision on the appropriate order.

SARS alleged that this second exception applied – that Kruger’s racist remarks constituted misconduct that was so serious it rendered his continued employment at SARS intolerable.

SARS had advanced evidence on this issue in the proceedings at both the CCMA and Labour Court. However, Kruger alleged that SARS had failed to prove that the employment relationship was intolerable as a result of his racist remarks.

The Constitutional Court found that Kruger’s comments expressed the “worst kind of contempt, racism, and insubordination” and proper reflection on these statements alone should have led to the conclusion that reinstatement was not an appropriate remedy.

The court stressed that an employer did not carry the burden of explaining why the use of the word kaffir as well as all the extreme racist connotations associated with it would render an employment relationship intolerable.

Mogoeng also stated that Mr Kruger’s arguments demonstrated insensitivity – or, at best, desperation. The Court noted Mr Kruger’s dishonesty and lack of remorse for his actions, something that could not be overcome by “[Kruger’s] assertion that he has African friends and that he is a pastor”.

The court ordered that instead of reinstating Kruger, SARS must pay him six months of his salary at the time he was dismissed.

In this judgment, the Constitutional Court sent an uncompromising message that racism has no place in South Africa’s democracy and that our judiciary has a responsibility to eradicate racism.

“Conduct of this kind needs to be visited with a fair and just but very firm response by this and other courts as custodians of our constitutional democracy, if we ever hope to arrest or eliminate racism. Mollycoddling cannot cut it.” DM

Photo: When Pravin Gordhan was Commissioner of SARS he ordered the dismissal of a man who racially abused one of his colleagues. Photo: EPA/NIC BOTHMA