Op-Ed: The long road to cleaning up state-owned enterprises 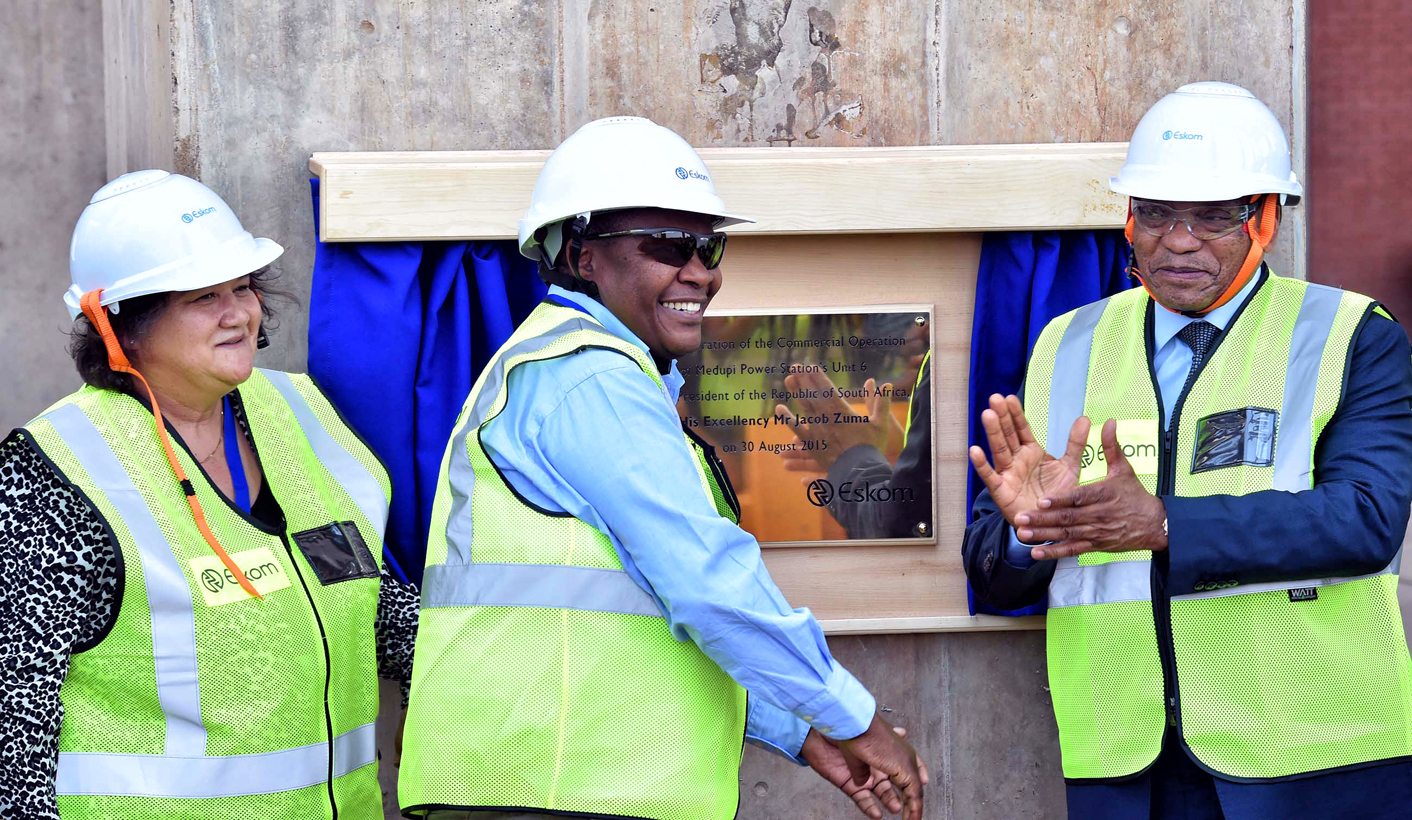 Eskom’s leadership has its head buried in the sand, with their conscience seared. Nothing short of complete overhaul will save the power utility. The damage will be hard to reverse. By MZUKISI QOBO.

The resignation of Brian Molefe as Eskom CEO last week leaves more questions than answers. It is still not clear that he is aware of the magnitude of the damage that his leadership has caused to the state utility’s reputation and morale. What about the rest of the board members who were implicated in Thuli Madonsela’s report for conflict of interest – are they going to resign too? Is Minister Lynne Browne prepared to take responsibility for poor oversight, and fall on her sword?

Eskom’s leadership have their heads buried in the sand, their consciences seared. Nothing short of complete overhaul will save the utility.

The integrity of SA’s state-owned enterprises (SOEs) has been impaired in ways that will be hard to reverse. As was evident in Madonsela’s report, corporate governance standards of South Africa’s key SOEs are in deficit. Apart from Eskom, others that come to mind are South African Airways, Transnet, Denel, and the SABC: they are a sham, and reflective of a generalised crisis of governance and leadership in the country. These entities are now part of the emerging edifice of crony capitalism in South Africa whose master architect is President Jacob Zuma.

In her report, Madonsela observed for example that there appears to be a conflict of interest between Zuma’s official duties and private interests, where Zuma uses his official position to “extend preferential treatment to Gupta-linked businesses in the form of state contracts, business financing and trading licenses”.

Abuse of SOEs could certainly undermine fiscal stability in the long run, since these entities tend to rely on state guarantees when raising funds in capital markets.

Ngubane and Molefe’s hubris and unrepentant attitude in the face of incontrovertible evidence of ethical lapses at Eskom are worse than that displayed by Kenneth Lay and Jeffrey Skilling, Enron Chairman and Chief Executive respectively, who presided over the collapse of the American energy giant Enron Corporation in the early 2000s. Lay and Skilling’s unethical conduct was expressed in the company’s use of arcane financial practices to mask massive losses that Enron was sustaining. They deliberately used off-balance sheet entities and other fraudulent means to make it appear that the company was in good financial shape.

Like Eskom’s leadership, Lay and Skilling were said to be the smartest executives in the room, but with hardly any ethical backbone. It took Lay and Skilling a while to reckon with their crooked paths, precisely because they had privileged access to the cream of the US political elite. A reputation of scrupulous corporate leaders cultivated over decades went up in flames instantaneously. Skilling was sentenced to 24 years in jail, later converted to 10 years. Lay died of heart attack before his conviction in 2006. Those who destroy value in organisations and act as if they are above the law should face the full might of the law.

Apart from the political class and Chairman of Eskom’s Board Ben Ngubane, there are some who have blindly defended Molefe, mainly on social media. The most cynical of the defence is that Molefe is being crucified because he is an excellent black executive. Their definition of excellence excludes good ethical conduct. In a perversely rationalised narrative, those calling out what appears to be an ethical lapse on Molefe’s part are seen as furthering an agenda that seeks to destroy black success stories.

The second argument is that since Molefe became COE of Eskom the incidents of load shedding have diminished. Accordingly, he is said to have maintained over 400 days without any load shedding. We are told that by clamouring for his resignation, and for the law to take its course, we are shooting ourselves in the foot, since dark days may come back with a vengeance to haunt us. Ngubane also said as much when he suggested that if Molefe resigns, the public should blame Madonsela, as if Molefe was the ultimate God of Light.

On the first argument, it is sad that we could entertain the thought of looking past wrongdoing, especially breaches of ethics, and grant black executives – or any executive for that matter – special treatment on the basis that they are smart, clever or competent. This is hardly a sound basis for building an ethical society or thriving organisations. We might as well get rid of anti-corruption legislation, Public Finance and Management Act, and other regulations related to good corporate governance, and replace them with one framework that legislates competence as a guide for good corporate behaviour and public leadership.

If we are to take as a golden rule the idea that it is only competence that matters, and the stuff about corruption is a distraction, we should apply such a rule across organisations and at all levels of employees, and see if organisations would have any enduring existence. We have already seen how this wrong-headed view damaged Enron. That Molefe is a successful black executive is totally irrelevant. If anything, he has done a lot of damage to black success, since his actions play to the unfortunate stereotypes that, however educated and competent a black person is, there is a shade of corruption about them.

The second argument regarding the disappearance of load shedding is both mischievous and short-sighted. Eskom’s strategic objective is not to prevent load shedding, but to ensure that we never should think about load shedding in the first place. Eskom exists to guarantee security of energy supply on a sustainable basis, and ensure affordable access. Molefe’s ingenuity, if he had any at all, should have been borne out in the creation of productive structures and sustainable systems that are less dependent on him at Eskom.

To suggest that Molefe has saved Eskom is to insult hard-working engineers and technicians at the public utility, who have kept the company going despite poor leadership and planning by the politicians.

Molefe has not made any notable contribution in building a sustainable utility. All he has done is to tinker with cosmetic changes for self-promotion. What is apparent is that he was deployed to Eskom to achieve a singular objective: to enrich the Gupta businesses, in which Zuma’s son has a shareholding, and by implication to take care of the President’s interests.

Interestingly, it was the presumably smart Molefe who wanted to throttle consumers when he asked the National Energy Regulator of South Africa (Nersa) for a 25.3% tariff hike in June 2015. Had it not been for Nersa’s refusal of Eskom’s request, consumers would be bleeding today.

More urgently, there is a need to clean up these entities, to define new governance norms, to introduce meritocracy in the running of SOEs and in board appointments, and to break the stranglehold of politics over these crucial organisations. Such a clean-up should be followed by the repositioning of SOEs to contribute to the fiscus, rather than draining it. In this way, they can be a force for socio-economic change, and a model for good corporate citizenship and sustainability. DM

Qobo is Associate Professor at SARChI Chair of African Diplomacy and Foreign Policy, University of Johannesburg.