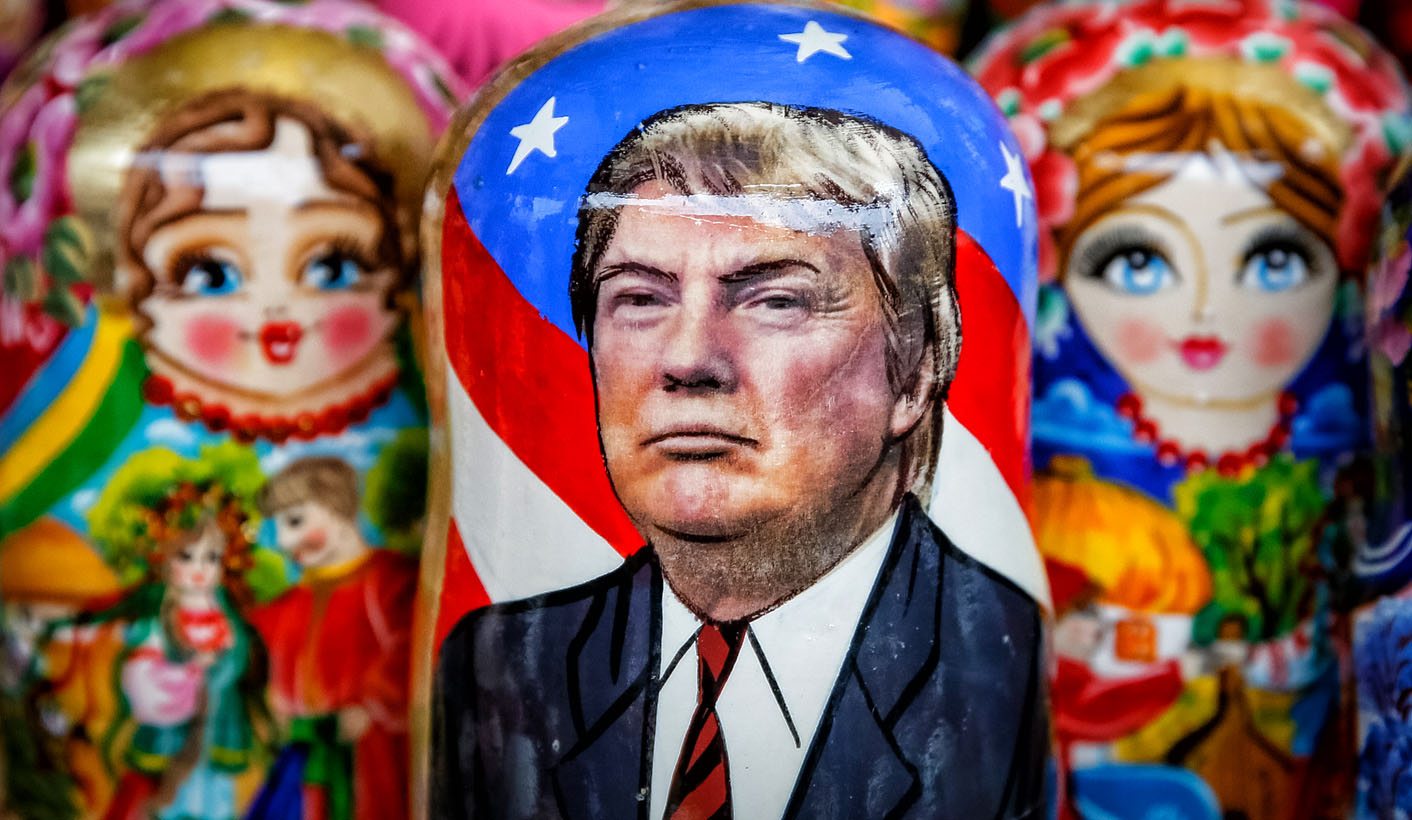 Populism is clearly rising in the West; but is it also a danger to Africa? By Peter Fabricius for ISS TODAY.

On Tuesday this week, Julius Malema, leader of the Economic Freedom Fighters (EFF), kindly reassured South African whites that they would not be slaughtered – just yet – when black people came to take back their land. And on the same day, Americans shocked the world by choosing Donald Trump as their next president.

“This is Brexit all over again,” lamented a gloomy European diplomat sipping coffee on the terrace of US ambassador Patrick Gaspard’s elegant Pretoria residence, Hill House, as the results kept coming in.

“This is a nightmare unfolding,” said another Western ambassador. To them, the Republican red coding Trump’s state-by-state victories across the CNN electoral map was like blood oozing from a fatal stab wound to the heart of the liberal establishment.

“What did the pollsters get so wrong?” asked CNN’s Anderson Cooper. “Only the numbers,” replied laconic analyst David Axelrod.

The polls had not heard the “primal scream”, he said, coming from less-educated, white, working-class male voters – angered, frustrated and alarmed by globalisation, immigration and other perceived vexations. Trump – a billionaire property tycoon and so an unlikely champion of populism – had nonetheless heard that scream and successfully channelled it.

As with the referendum on the UK exit from the European Union, the political establishment had once again been taken by surprise. The groundswell of populist anger had not properly registered on the conventional instruments.

At a seminar at the University of South Africa the evening before the election, Francis Kornegay of the Institute for Global Dialogue had sniffed Trump’s imminent victory as a possible reaction by those blue-collar white voters to their declining influence in an America becoming ever browner.

And, at the same event, Dr Stefan Lehne, an expert on populism at Carnegie Europe in Brussels, said there was a deep crisis in the political systems on both sides of the Atlantic, a backlash against globalisation by the victims of the declining wages and rising inequality it had caused.

“Most people in the EU and the US now believe their children will be worse off than they are,” he said. He noted how many of the same factors – though principally the large influx of more than one million migrants over the last two years – had also driven a rapid rise of populism in Europe.

In five countries, populist parties were already in the majority in Parliament – and in another 15 they held more than 10% of the seats. In seven countries they were part of governing coalitions. He noted that as recently as 2000, the latter used to be taboo in the EU. His own country, Austria, had been sanctioned by Brussels for admitting a right-wing party into the governing coalition.

Overall, populist parties now command on average 16.5% of votes in Parliaments across Europe, but their influence is much greater because they are increasingly setting political agendas. He cites Britain’s UK Independence Party (UKIP) forcing former prime minister David Cameron to hold the Brexit referendum, despite not holding any seats in the national parliament.

Underscoring the trans-Atlantic populist analogy, congratulations to Trump poured in from the European far-right parties. Jean-Marie Le Pen, former head of France’s National Front, tweeted that Trump’s victory was “a terrific kick in the ass for the globalist politico-media systems, and for France’s too!”.

The French political establishment is indeed terrified by the prospects that Le Pen’s daughter, Marine, current head of the party, will deliver it that kick in the rear in next year’s elections. Some hope, perhaps rather desperately, that the vulgarity of Trump’s campaign will instead put off conservative French voters from backing Le Pen.

So what to do about populism? Lehne took a positive view, saying “populism is not a disease, not a pathology of politics”. Instead it was a necessary reaction to the failure of the political establishment to take seriously the important concerns of the population.

He quoted the American political scientist Francis Fukuyama as saying: “Populism is a label placed by elites on policies that ordinary people like but that they don’t like.”

In Europe, the EU had handled the migration crisis badly, Lehne said – leaving it to individual states to deal with, in many cases poorly. Inequality also had to be tackled more aggressively, with greater emphasis on fighting tax evasion and corruption. “There has to be a greater effort to help those who have lost out from globalisation.”

Philani Mthembu, acting head of the Institute for Global Dialogue, took the same view about the EFF’s demand for land redistribution, saying it had been promised by the African National Congress government but never properly delivered.

The EFF was also reacting to corruption and cronyism in the ANC government, which hindered its ability to address this issue and other socio-economic challenges.

However, Lehne also raised serious questions about the ability of the EU political establishment to really address the concerns of populist parties. The typical moral superiority of populists, their political demagoguery and belief that they were “in full possession of the truth” made it hard for them to play the political game and make the compromises needed to negotiate solutions.

And the fixation of the populists on national sovereignty and their repugnance of supra-nationalist institutions such as the EU prevented them from tackling 21st challenges such as climate change, migration and reforming the international financial system – which could only be solved by international regimes.

Nonetheless, he said the only option available to political establishments was to put the populist issues openly on the table – and at least by doing so, hope to expose that the populists ultimately had real solutions to offer. The worst option was to try to imitate the populist narrative by becoming just as anti-EU and immigration as them, as the Hungarian and Polish governments had done, Lehne said.

Globally, he said, populism was clearly rising in the West; was currently in decline in Latin America, and had always been weak in Asia – with the notable current exception of Filipino President Rodrigo Duterte, “a populist of the worst kind”.

Is populism also a danger to Africa? To some degree that’s a question of definition. If seen as a backlash to globalisation, it seems to be a phenomenon of more developed states. That means it would be more likely to erupt in sub-Saharan Africa’s most developed state, South Africa, than elsewhere – as Kornegay said and University of the Witwatersrand International Relations Professor, Vishwas Satgar, also suggested to ISS Today.

However, Stephanie Wolters, Head of the Peace and Security Research Programme at the Institute of Security Studies, believes that though manifesting themselves differently, “the drivers of populism in Europe are not dissimilar to what is happening on the continent. In Europe, voters are channelling their anger with the political and economic status quo into electing right-wing candidates,” she says.

“My sense is that on the African continent, there are very similar frustrations, and that these are driving some of the changes we are seeing in political participation – such as more protests, new armed movements and rising adherence to more extremist ideologies.” DM

Photo: A matryoshka doll with the face of US President-elect Donald Trump surrounded by other matryoshkas is displayed on the table of the street souvenir vendor in the Andriyivskyy Descent in downtown Kiev, Ukraine, 10 November 2016. EPA/ROMAN PILIPEY