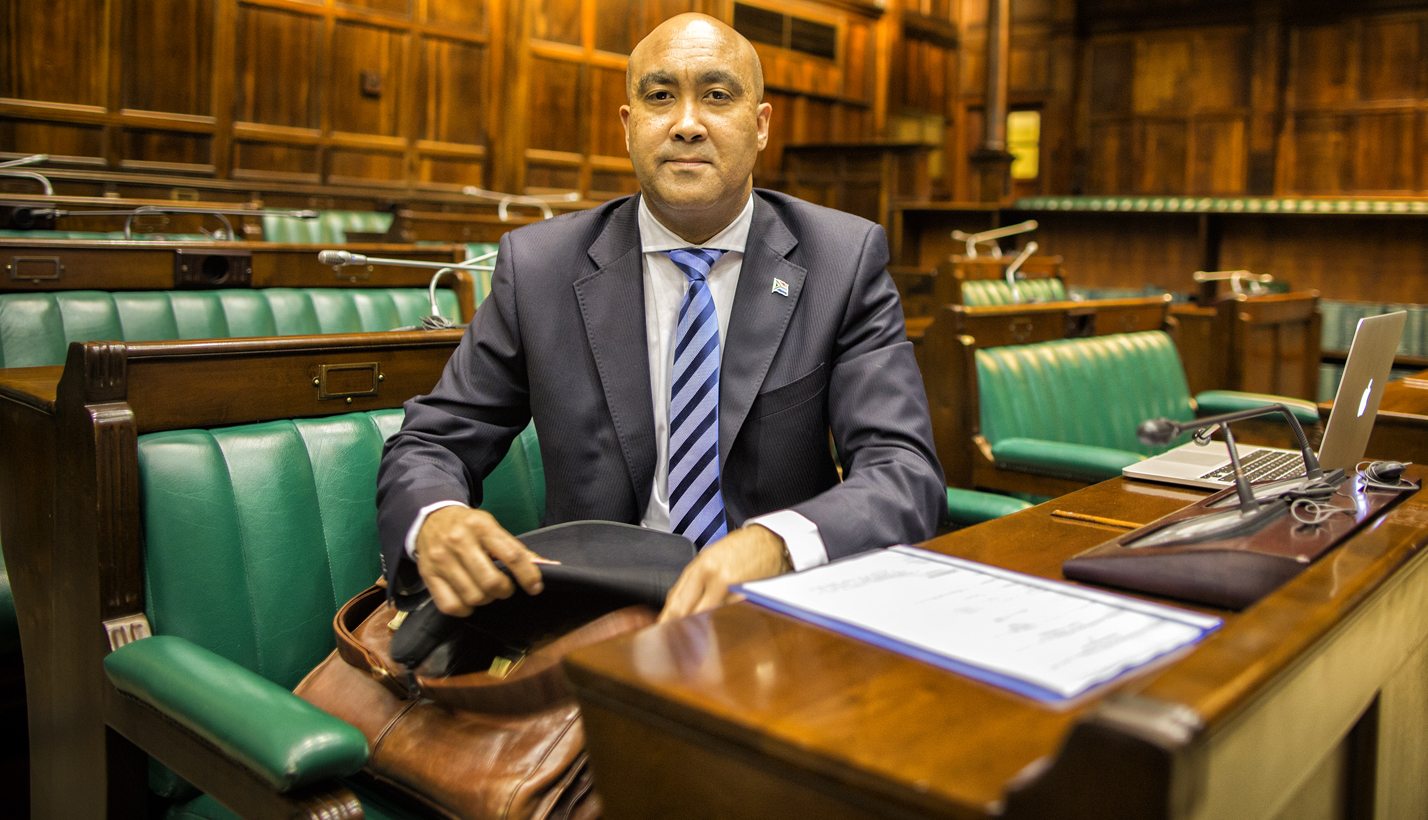 While the Helen Suzman Foundation and Freedom Under Law have served an urgent application with the Gauteng High court ordering President Jacob Zuma to suspend NPA head Shaun Abrahams, head of the Priority Crimes Litigation Unit Torie Pretorius as well as DPP for North Gauteng, Sibongile Mzinyathi, Judge President of the Northern Cape High Court Frans Kgomo has lamented the consistently poor quality of the work by police and prosecutors in the area and their dereliction of duty when it comes to serving ordinary citizens. By MARIANNE THAMM.

If you are wondering why the Presidency denied on Monday receiving any correspondence from the Helen Suzman Foundation (HSF) and Freedom Under Law (FUL) with regard to NPA head Shaun Abraham’s fitness to hold office, it all has to do with e-mail addresses.

It was, after all, due to an application by the HSF and FUL to have charges of fraud and theft against Finance Minster Pravin Gordhan, former Deputy Commissioner Ivan Pillay and Commissioner Oupa Magashula reviewed, that the NPA apparently first became aware of the exculpatory “Symington Memorandum” in the first place. It was part of a bundle of legal papers – various documents that had been in the public domain for ages – sent by HSF and FUL to the NPA which ultimately led to the case spectacularly exploding in the NPA’s face.

A week passed and nothing, zilch, nada (not unusual, though).

On November 7, Geofrey Mphaphuli, Acting head of Legal and Executive Services in the Presidency, wrote back informing Webber Wentzel that “while we were obliquely aware of media reports pertaining thereto, your letter came to the attention of the President and his legal advisers only today due to the fact that only correct addressee was [email protected]”.

Mphaphuli continued that none of the “purported addresses” were authorised to receive correspondence for and on behalf of the President, “nor does it fit into their portfolios and we suggest you liaise with our office to provide you with the correct details to avoid a recurrence and the attendant delay”.

In the light of this, President Zuma required extra time, until November 21, to respond, said Mphaphuli.

Only Webber Wentzel were having none of it.

“The contents of your letter beggar belief. Without limitation our clients point out that the e-mail addresses appear on the Presidency’s own website and in the National Government Directory dated November 1, 2016.

“The allegations of non-delivery made in your letter are thus denied as is the request for an extension.”

The point is this is no laughing matter – Abrahams’ about-turn with regard to the charges facing a sitting Minister of Finance had cost the economy R50-million rendering it all a matter of national importance, said HSF and FUL.

Papers have since been lodged seeking an urgent hearing on November 22 which requires all respondents to reply by Tuesday, November 15.

HSF and FUL have said that Zuma had the power to suspend Abrahams, Pretorius and Mzinyathi through sections 12(6)(a) and 14(3) of the National Prosecuting Authority Act.

“The National Prosecuting Authority, acting through these three officials, brought obviously baseless criminal charges against Finance Minister Pravin Gordhan, Mr Ivan Pillay and Mr Oupa Magashula. This undermined respect for our criminal justice system and punched a hole in the economy. After unprecedented public outrage, Adv Abrahams withdrew the charges. All of this demonstrates that Adv Abrahams and his two colleagues are unfit for office. No competent prosecutor would have brought the charges, or would have defended them for as long as Adv Abrahams did. He should apologise and resign, but he has refused to do so,” said the HSF in a statement to the media.

The two lobby groups said they were approaching the court to ensure “the President does what the Constitution requires”.

Meanwhile, away from the palace politics, national headlines and the public view, in the country’s largest province, the Northern Cape, the Judge President of the region, Frans Kgomo, has lamented the quality of prosecutorial work as well as decisions by the lower courts.

Writing on Wednesday for Legal Brief, journalist Carmel Rickard remarked, “When one local magistrate sarcastically refers to an accused as a ‘cowardly moffie’ (homosexual) during sentencing, and others in the same jurisdiction are taken to task by the High Court for equally improper conduct; when prosecutors from that area are consistently said to be failing the public in their poor handling of investigations, then it is high time to pay attention: what exactly is happening to justice in South Africa out of the eye of the media?”

Judge President Kgomo and Judge Mpho Mamosebo were so disturbed that on March 22 this year they wrote to the Provincial Commissioner of the Northern Cape, Major-General Peter Shivuri, about how the conduct of police officials had “violated the dignity of a rape victim, botched the investigation and put the complainant’s (victim) life at risk in more than one way”.

Kgomo was writing after the High Court had dismissed the accused leave to appeal.

In another decision with regard to an appeal by a man sentenced to eight years for murder, Kgomo commented in his judgment, “How the clerk of court could so easily, not for the first time in the same case, have lost an official document (the ‘geskrewe uitspraak’) boggles the mind. There is a sick, very sick, malady emanating from the Upington District and Regional courts. The Northern Cape/ Provincial Efficiency Enhancement Committees (NC/PEEC) is dealing with this problem and has urged disciplinary and/or criminal consequences.”

Later in the judgment he adds, “This Bench (the High Court in Kimberley) has been asking in numerous judgments since … 2000 why such serious cases are assigned to the Regional Court. Ours have been (voices) in the wilderness. The office of the Director of Public Prosecutions must do something about assigning chicken-feed to the High Court and matters of such serious magnitude to the regional court.”

Kgomo and a colleague then listed 14 examples of where the prosecution or police were found wanting or where the magistrate should have intervened but did not do so.

“The truth is that the case was not investigated at all, nor was it properly prosecuted due to complacency, indifference and indolence,” said Judge Kgomo, adding, “May we never see those responsible for this shoddy work in higher office without accounting for their dereliction of duty.”

“In terms of section 179(5)(a) and (b) of the Constitution, the National Director must determine prosecution policy and issue policy directives, which must be observed in the prosecution process. The prosecution policy and any amendments thereto must be determined with the concurrence of the Minister responsible for the administration of justice (Minister) and after consultation with the DPPs. Furthermore, in terms of section 179(6) of the Constitution, the Minister exercises final responsibility over the prosecuting authority, and may, in terms of national legislation, request reports from the National Director regarding the functioning of the prosecuting authority,” reads the relevant legislative guidelines.

The NPA, with Shaun Abrahams as its head, has apparently become so caught up in national political factional battles that the authority is failing to fulfil its mandate to the country’s ordinary citizens on the ground.

Judge Kgomo told Rickard that there were three main difficulties that plagued the court in his region; the tendency for convicted prisoners appealing their sentences only for authorities to find their records missing; a problem that local prosecuting authorities did not refer cases to the DPP to decide which level of court should hear them; and third, that some magistrates, prosecutors and police in the province did not do their work properly and that this presented “acute problems” in the administration of justice.

Two of Abrahams’ prosecutors, Nomgcobo Jiba and Lawrence Mwrebi, have been suspended following their striking from the roll of advocates by the High Court in Pretoria in August following a complaint by the General Bar Council. Jiba, who is viewed as being a Zuma ally, has indicated that she will make representations to the President as to why she should not be suspended pending an inquiry into their fitness to hold office.

Abrahams now faces a similar fate should the court rule that he too be suspended pending an enquiry. DM