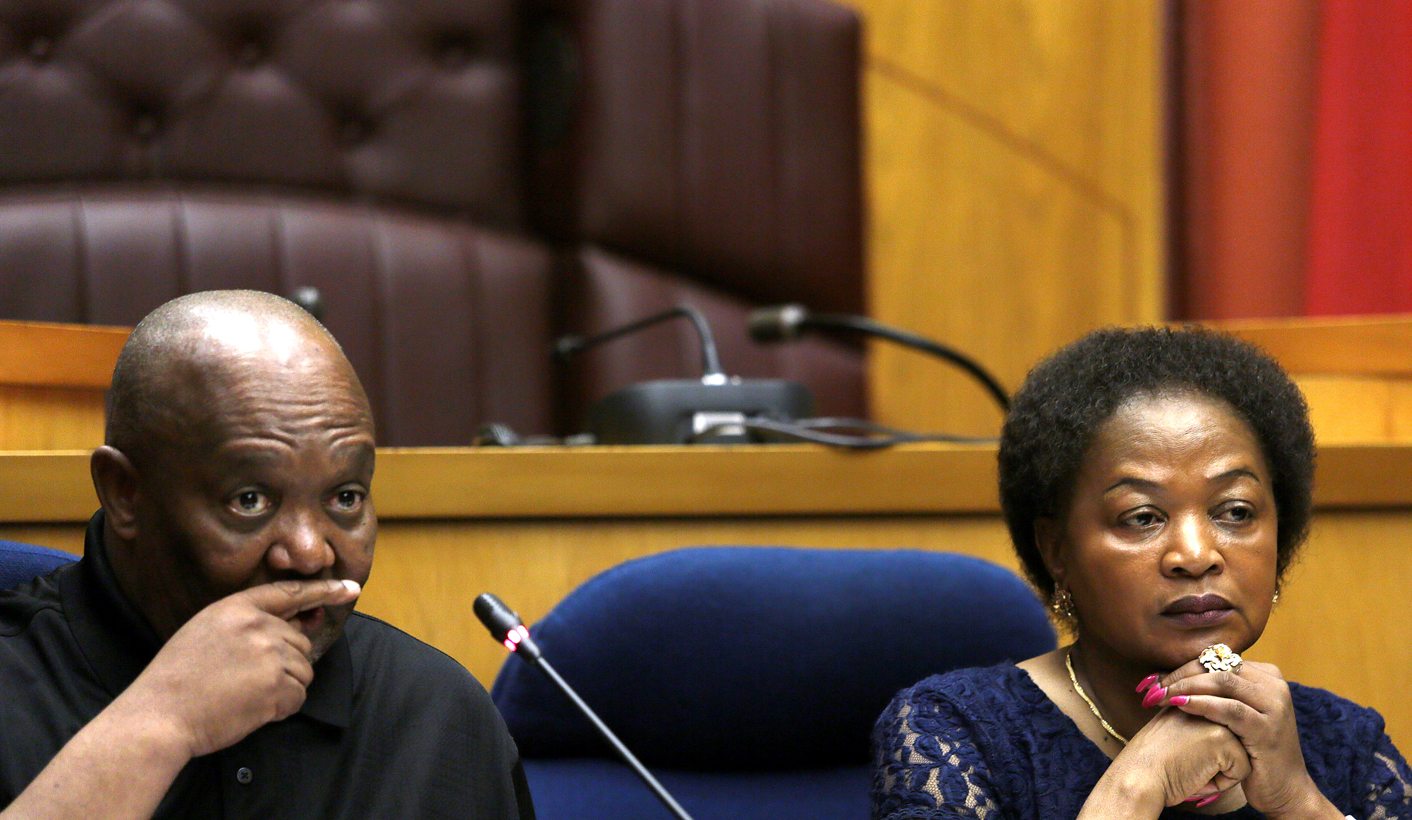 The Protected Disclosures Amendment Bill, currently before Parliament, criminalises false disclosures – and the rate of whistle-blowing in South Africa is on the decline, despite apparent evidence to the contrary. By Alison Tilley for GROUNDUP.

More and more whistle-blowers seem to be emerging into the light as new revelations are made daily about state capture, but this is misleading. In fact, research shows that the number of whistle-blowers is declining in South Africa.

As it stands, the law does not protect whistle-blowers adequately. Also, the culture of impunity makes people reluctant to speak out when they believe nothing will be done to fix the problems they reveal. And the consequences of speaking out can go well beyond the workplace harassment the whistle-blower legislation deals with.

The Protected Disclosures Amendment Bill before Parliament was intended to remedy the situation. It creates new protections for whistle-blowers, expands the definition of those who are protected, and increases the damages they can claim. This legislation is mostly what you look for in a Bill – based on evidence, research and consultation, it deals with the gaps left when the bill was drafted, 15 years ago.

However – and it’s a big however – the legislation introduces a criminal sanction for false disclosures. This is contrary to the recommendations of the Law Reform Commission, and contrary to advice from experts in the field. The section has been vigorously defended in the parliamentary committee by the majority party and vigorously attacked by the opposition.

The line of defence on the criminalisation of false whistle-blowing has been interesting. Members of the committee talked about whistle-blowing as “so many stories creating turmoil”. MP Makgathatso Pilane-Majake made mention of the reputational damage suffered by people who have false reports made against them, and emphasised that defamation was not a sufficient remedy when the person making the allegation was poor. She pointed out that the person defamed gained nothing from suing the poor person.

Professor Christian Msimang appealed to the committee to come to the rescue of innocent victims of false disclosures. He cited the example of a young man falsely accused of sexual assault, who was castrated. Criminal sanctions against those who make false reports of wrongdoing: that’s what we need, agreed the majority.

Despite the risks run by whistle-blowers, despite the evidence that people are not speaking out, and despite the huge numbers of unreported rapes, the committee fretted about the people who make false allegations. There are so many of these, in the view of the majority as expressed by Loyiso Mpumlwana, that there is a risk that they will bring down the government.

What is the evidence that we are a country of liars and malicious whistle-blowers? We don’t have any evidence that we are better or worse than any other jurisdiction in relation to information peddling, a phrase that comes up in this debate. What we do have evidence of is that people are reluctant to speak out about issues because they are afraid they will lose their jobs. The evidence exists in the case of rape that it is only one in nine women who report.

This legislation was intended to protect and defend whistle-blowers. It now does so, but at the cost of adding a criminal sanction.

The Law Reform Commission said in 2007 that:

“The commission confirms its preliminary recommendations that where an employee or a worker knowingly makes a false disclosure such disclosure should not be criminalised. A person who deliberately or recklessly discloses information does not qualify as a whistle-blower (except under section 5 of the PDA in its present form) and might also be guilty of criminal defamation, crimen injuria or fraud at common law. There has been no alteration of best practice in this regard, and we do not agree with those that say that this is a way of preventing false claims of wrongdoing.”

Has the situation changed since 2007? Unemployment and inequality remain roughly the same. There remains a significant fear of losing our jobs. Except for a few in the middle class, and the very wealthy, we live from paycheck to paycheck. We are in debt, and not having an income can mean losing a house, or not paying school fees.

As someone who works in an organisation advising whistle-blowers, we never say, yes, blow the whistle. We say: it is your right to do so, and we will respect your decision either way. And we don’t judge people who don’t speak out, because we cannot stand in their shoes and make the calculations of risk they must. But we need people to speak out despite the cost, despite the risk of losing friends, and losing jobs, and even losing life. Now, unless this section criminalising false disclosure is scrapped, we will have to advise whistle-blowers that there is an additional risk – of criminal sanction – in speaking out, where the disclosure is false and made with ill intent. It would be surprising if this additional risk did not further discourage people from speaking out. DM

Photo: Speaker of the National Assembly Baleka Mbete (R) and and National Assembly Deputy Speaker Lechesa Tsenoli field questions from journalists at a news conference at Parliament on Friday, November 14 2014 following raucous behaviour in the House that culminated in fisticuffs and scuffles. Picture: Nardus Engelbrecht/SAPA

Tilley is advocacy manager at the Open Democracy Advice Centre.