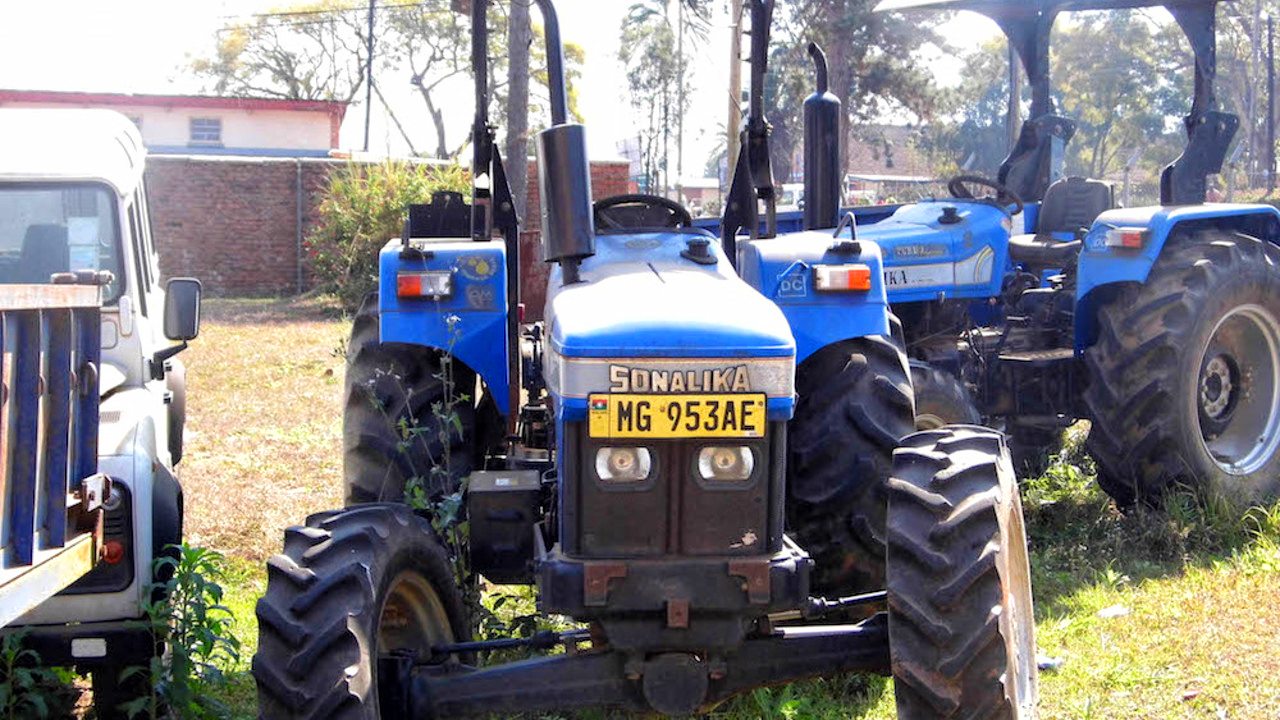 Malawi’s Ombud, Martha Chimuza-Mwangonde, has formally asked the country’s prosecuting authorities to crack down on state procurement chiefs implicated in the multibillion-kwacha “Tractorgate” scandal. But the officials are unlikely to face any music. By Collins Mtika, Centre for Investigative Journalism Malawi, for AMABHUNGANE.

In a 48-page report on Malawi’s “Tractorgate” scandal, released last week, Chimuza-Mwangonde revealed that minutes of the relevant meeting of the government’s Internal Procurement Committee (IPC) have mysteriously disappeared.

“It is not very clear if the procurement process was done [correctly] because [the finance ministry] could not provide the minutes of the IPC and other tender documents,” she noted.

In addition, it is understood that the government stonewalled her request for the names of those who attended the meeting. The only known participant is the IPC chairman, Rashid Khama Mtelela, from the Office of the President and the Cabinet.

The IPC’s members are known to have been senior civil servants drawn mainly from the president’s office and the agriculture ministry.

Also alleged to have benefited is Mulli Brothers, a controversial Malawian company with mutually beneficial ties to the DPP.

The scandal revolves around the IPC’s decision in 2014 to sell off 177 tractors and 144 maize shellers – intended as drought relief for small farmers – to civil servants for a song.

The scam was allegedly disguised as a routine public auction of government equipment.

The Ombud’s report – submitted, ironically, to the implicated parliamentary Speaker Msowoya two weeks ago – finds that the sale was “illegal and irregular”.

These include the fact that the members of the IPC were conflicted. No details are provided, but the clear implication is that they were beneficiaries of the sell-off.

Other government failures listed in the report are:

• The manner in which the Loan Authorisation Bill needed to raise money for the tractor purchase was rushed through parliament. Former finance minister Ken Kandodo told Parliament in 2010 that the loan would be repaid over 20 years;

• The fact that civil servants took verbal orders from the Presidency;

• Archaic financial record-keeping at the ministry of finance; and

• The procurement of obsolete and archaic equipment, described as “maladministration of the highest order”.

The government’s chief mechanical engineer, Hendrix Kazembe, is quoted as saying that the Sonalika Tractors were built using outdated technology from the 1970s.

The Ombud concludes: “The officials who were members of IPC presided over the sale of the farm machinery and benefited from the sale should be prosecuted in accordance with the Procurement Act.

“I will write the Director of Public of Prosecutions in accordance with section 126 (c) of the constitution of the Republic of Malawi.”

Section 19 of the Procurement Act stipulates that any person “who sits on an IPC and acquires an interest in a matter that is to be determined, needs to declare their interests and recuse themselves and are not to take part in the deliberations”.

If convicted, the public servants would presumably lose their jobs. But the criminal sanctions are weak: a $60 fine and or two years in jail.

In March this year the Malawi Broadcasting Corporation quoted former agriculture minister Allan Chiyembekeza as saying that the sale of the equipment followed normal tender procedures and that interested individuals or groups submitted bids.

“Evaluation of the bids was done by officers from different ministries and departments to ensure transparency,” Chiyembekeza said. “All bidders that met the set criteria were offered the opportunity to buy the equipment.”

The government has never explained why the equipment was put out to tender instead of being distributed to the small farmers who were supposed to benefit.

The tractors and shellers were part of a $50-million (R695-million) development scheme known as the Green Belt Initiative, which was set up to buffer millions of peasant farmers from drought.

Funded by a loan from the Export-Import Bank of India (Exim Bank), the scheme sought to put about a million hectares of farmland under irrigation and improve food security for peasant farmers, who make up 70% of Malawi’s population.

The Ombud reveals that the finance ministry used an Indian-based company, Apollo International, to perform the contracts under the three line of credits from Exim Bank.

The first loan agreement between the government and the bank, dated May 14, 2008, was for $30-million The money was to be used to finance supply of irrigation, storage, a tobacco threshing plant and One Village One Product, a scheme designed to encourage crop specialisation.

A later $50-million loan was intended to finance cotton processing facilities, as well as the Green Belt Initiative and One Village One Product.

A third loan, signed on December 13, 2012 was for $76.5-million and aimed to finance the development of an irrigation network, the establishment of a sugar refinery in the central district of Salima under the Green Belt initiative and development of fuel storage facilities.

However, Parliament only authorised the government to borrow $50-million. Last month, the parliament’s public accounts committee called for state organs including the Anti-Corruption Bureau to probe the discrepancy.

“Money might have been siphoned to offshore accounts or split among greed politicians,” said committee chairman Kamlepo Kalua.

The sugar mill and irrigation scheme, intended for small sugar cane producers who would feed the factory, is lying largely idle and damaged by vandalism.

Earlier this year Chimuza-Mwangonde told the Centre for Investigative Journalism (Malawi) that she had received death threats in connection with her investigation into large-scale graft in the the Green Belt Initiative. DM

Photo: Some of the 177 tractors that, together with 144 maize shellers, were auctioned off to Malawi government ‘beneficiaries’ for a pittance instead of given to farmers. (Photo: amaBhungane)