What Trump means for Africa 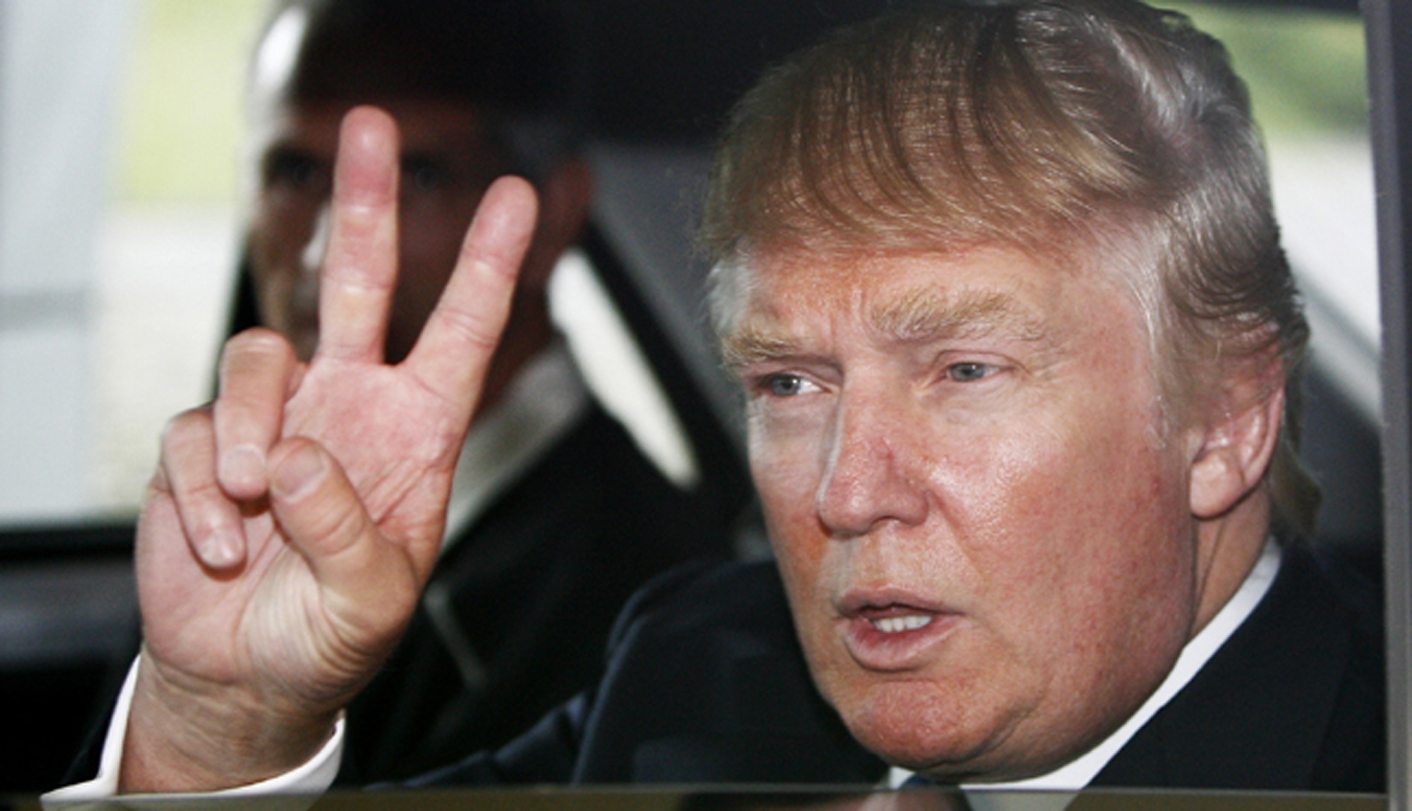 Donald Trump is the next president of the United States of America. As crazy as it might seem, this is no time for schadenfreude: his election is bad news – very bad news – for Africa too. By SIMON ALLISON.

Donald J. Trump will be the next president of the world’s most powerful country, and no corner of the globe will be immune from the consequences. Here’s what Africans can expect:

Trump doesn’t like trade deals, especially ones that he thinks are weighted against America. The African Growth and Opportunity Act (AGOA) is a prime example: it’s designed to give African countries easier access to US markets by scrapping import duties on certain goods. Non-oil exports from Africa to the US, under the auspices of AGOA, have now reached $4.1 billion, which makes it a vital economic lifeline for the continent.

Chicken farmers aside, South African businesses have been among the major beneficiaries of the trade deal, but how long will a Trump administration maintain this tax-free access to US markets?

The War on Terror redoubled

Under Barack Obama, Africa has become a major frontline in the war on terror. The US military has invested significant resources in both propping up African militaries and establishing a series of military bases across the continent. At the same time, it has expanded its drone program.

This is all in the name of fighting terror, and has been accompanied by the kinds of abuses that we have been accustomed to in the name of the War on Terror: collateral damage, widespread torture, summary executions, unaccountable drone strikes.

Trump is a candidate who has said he will encourage torture, and wants to keep Guantanamo Bay open, so expect these abuses to intensify under Trump’s administration, with even less thought given to the protection of civilians or human rights.

“If Donald Trump were elected and implemented the foreign policy he campaigned on, he could become the single most effective recruiting tool for terrorist organisations across the globe,” commented the Institute for Security Studies Zachary Donnenfeld. That’s because Trump’s belligerent, hardline stance – coupled with his rhetorical attacks on Muslims, and pledges to ban Muslims from entering America – plays into the propaganda espoused by terrorist groups like Al Qaeda and the Islamic State. He is doing their work for them.

His promise of hardline tactics in the War on Terror won’t help, either – studies have repeatedly showed that abuses committed against civilians are likely to push people towards terrorist organisations. This is all good news for the likes of Al Shabaab, Boko Haram and Al Qaeda in the Islamic Maghreb.

It’s already difficult to be gay in Africa, and life is only likely to get harder under Trump, who is opposed to gay marriage in the US. This stance is likely to embolden African leaders who have persecuted LGBT communities in their own countries, such as Yoweri Museveni’s Uganda. Even South Africa voted this week to scrap a United Nations gay rights watchdog.

The trend in Africa is already negative when it comes to gay rights; a Trump administration certainly won’t try very hard to halt this trend, while his very public stance against gay marriage may even accelerate it.

Africa’s economies are already reporting sluggish growth, thanks to a slow global economy and lower commodity prices. Trump’s election looks likely to make this even worse. “We are probably looking at a global recession, with no end in sight,” commented economist Paul Krugman.

What does this mean for Africa? Well, for one thing, the ‘Africa Rising narrative’ is definitively over (not that it was ever accurate in the first place). There will be less investment, less spending, and less Africans escaping the poverty trap. If anything, expect poverty statistics to rise.

Trump is not a fan of foreign aid, and America’s extensive aid program is likely to suffer significant cuts. So what, some might say; aid is always a controversial topic, with the jury still very much out on whether it does more harm than good. Nonetheless, in the short term, expect cuts to key infrastructure and healthcare programs across the continent, with no other foreign donors likely to step in to fill gaps.

African civil society organisations are also likely to feel the pinch. Left-leaning US donors provide extensive grants on which African NGOs often rely, but these funds are likely to be redirected internally following this election result.

So much for climate change mitigation

Africa is likely to be the continent most affected by climate change, with huge impacts on water and food security. As this is a crisis that Africa – with the world’s lowest emissions by some distance – didn’t cause, an international effort is required to mitigate the consequences of climate change for Africa.

But Donald Trump does not appear to believe in climate change. He has said he will cancel the Paris climate change agreement and cut federal climate change programs, while doubling down on fossil fuels as the centre of America’s energy mix.

This position is likely to result in hastening the impacts of climate change on the rest of the world, most especially Africa, while at the same time derailing international efforts (as weak as they already are) to help the world’s poorest countries deal with these new environmental challenges. DM