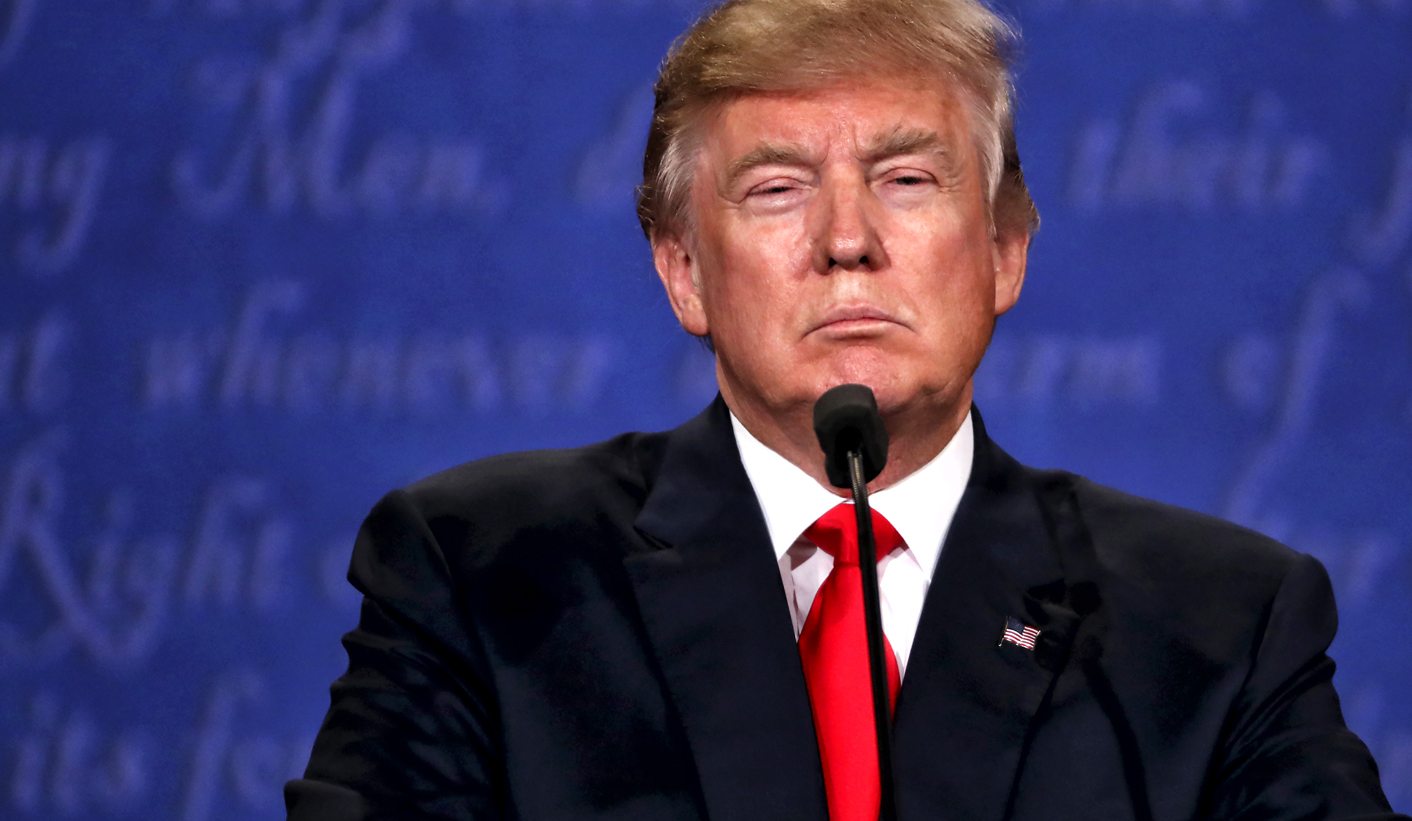 Billionaire populist Donald Trump was poised for a possible shock victory over Hillary Clinton in Tuesday's historic US presidential election, as a string of early gains for the Republican jolted world markets and stunned her supporters. By Jennie MATTHEW With Dave Clark in Washington

Clinton — the Democratic former first lady, senator and secretary of state — began the day as the narrow favorite to win the White House and become America’s first female president.

But as polls closed in all but the westernmost states, and media called state races one-by-one, giving the key battleground state Ohio to her Republican rival, pollsters were scrambling to update their forecasts and pointing to either a dead heat or an upset.

World markets plunged as US observers awaited results from key states Florida and Pennsylvania, with Mexico’s peso plummeting in fear that Trump will make good on his vow to wall off America’s neighbor to the south.

Clinton supporters who had gathered at a glittering reception in New York expecting to hear a victory speech from the pioneering 69-year-old Democrat fell quiet and jabbed nervously at their phones.

“Not great,” muttered railroad retiree Joan Divenuti, who came all the way from Massachusetts to cheer her heroine. “Florida was always a problem,” she added, as partial vote counts put Trump ahead.

Across town at the Trump election party, the 70-year-old property tycoon’s supporters were tense but buoyant — and a more well-heeled crowd than the blue-collar Midwesterners he is counting on for victory.

“This is like a football game. I’m going to have a heart attack,” said 76-year-old Mike Garcia, a Republican from Pennsylvania.

At 10:00 pm (0300 GMT), Trump was projected to win 19 states worth 169 electoral college votes and Clinton had 11 including battleground Virginia plus the capital Washington, for 122 votes.

Victory goes to the first with 270 or more.

But all eyes were on the tight race in Florida, a must-win race for Trump, who would find it hard to cobble together a majority without the Sunshine State’s 29 electoral college votes.

Once Florida is called, the next big challenge will be Pennsylvania — a Rust Belt state that will likely decide the result of the long, bruising contest for the right to lead the world’s biggest economy.

On the legislative side, the Republicans were on course to retain their majority in the US House of Representatives, according to network projections — a situation that has been a thorn in the side of incumbent President Barack Obama.

Clinton tweeted: “This team has so much to be proud of. Whatever happens tonight, thank you for everything.”

She and her husband, former president Bill Clinton, huddled in a hotel near the venue to prepare a victory — or concession — speech.

Earlier, the Clintons voted near their home in Chappaqua, before emerging to shake hands and chat with the crowd.

An exit poll by CNN found that only four in 10 voters were optimistic that Obama’s successor would do any better than he has during his two terms in office.

Trump, 70, cast his ballot alongside his wife Melania in a Manhattan school gymnasium.

“Right now it’s looking very good,” he told reporters — paying no heed to protesters who welcomed him with chants of “New York hates you!”

The 2016 race was the most bruising in modern memory.

Obama’s election eight years ago as the nation’s first black president had raised hopes of uniting Americans, but the current contest has only highlighted the country’s divisions — and the fact that voters are not necessarily happy with their options.

Exit polls by ABC News and NBC News found that both Clinton and Trump are seen as untrustworthy by majorities of voters, while most find Trump’s temperament unpresidential.