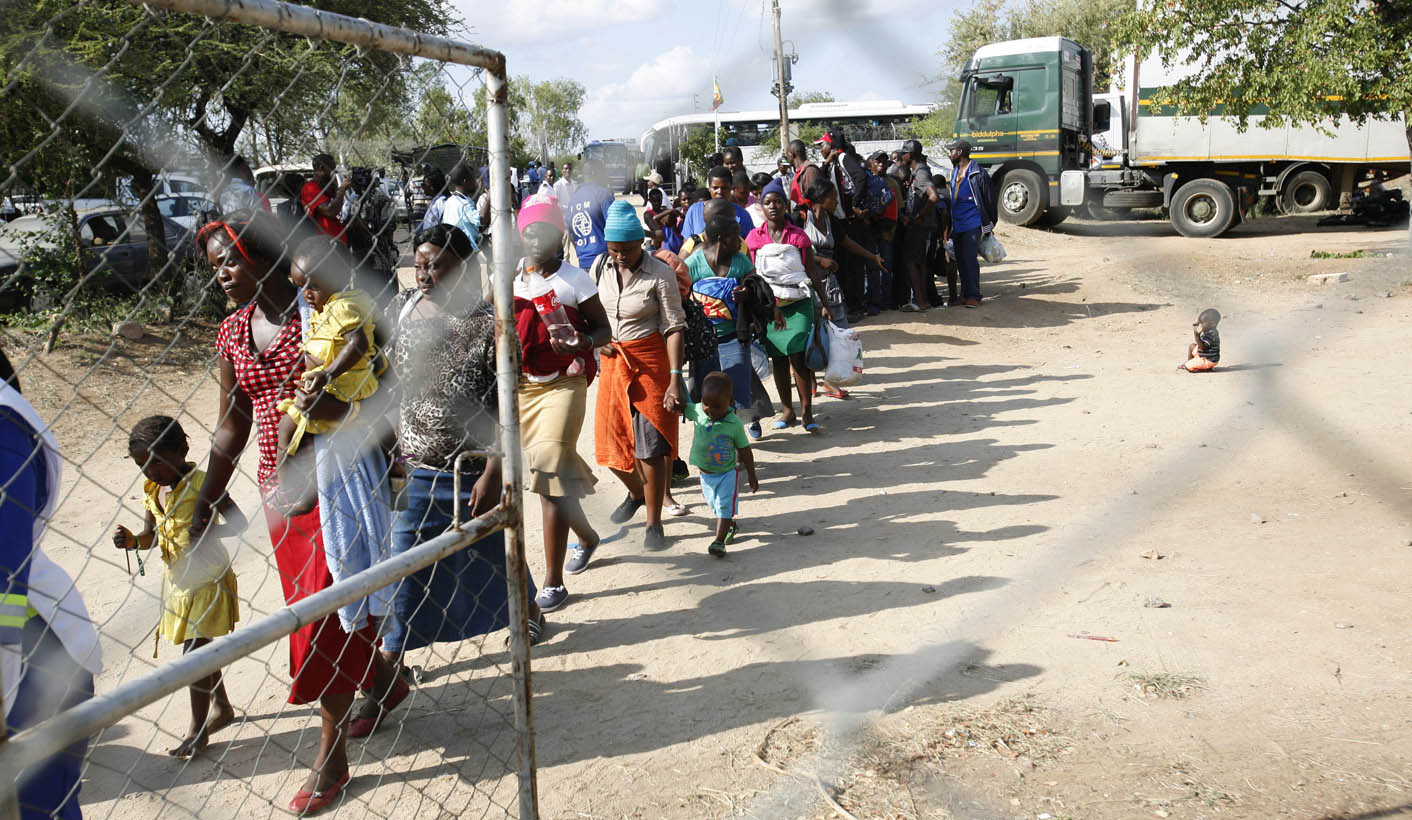 People detained for crimes currently have more access to the courts than undocumented immigrants. By Safura Abdool Karim for GROUNDUP.

In the Pretoria High Court earlier this year, Lawyers for Human Rights successfully challenged the constitutionality of sections of the Immigration Act that severely limited the rights of detained “illegal foreigners”.

However, the Department of Home Affairs has appealed the matter and the Lawyers for Human Rights is seeking additional relief as well as opposing the appeal.

The case was due to be heard in the Constitutional Court this week, but has been postponed till March 2017.

Under section 35(1) of the Constitution, anyone arrested for allegedly committing an offence has a number of rights including to be brought before a court within 48 hours of their arrest. It is important to recognise that this right is afforded to anyone in the Republic, irrespective of his or her citizenship.

Further, any detained person – including a sentenced prisoner – is also entitled to challenge the lawfulness of their detention in a court.

However, under the Immigration Act, “illegal foreigners” can be arrested and detained for up to 30 days without a warrant, and this period can be extended to 90 days if a warrant is obtained. The detainee may request that the officers get a warrant for his or her detention, but this is only at the request of the detainee and does not require the detainee to attend court. In addition, detainees do not have the right to challenge the extension of their detention. This means that people arrested under the Immigration Act do not have the right to appear before court, even if their detention extends beyond 30 days.

Lawyers for Human Rights argued that this meant the Act had two constitutional defects. The first was the absence of an automatic warrant procedure. This meant that detainees were not given the automatic right to have a court confirm the lawfulness of their detention. Instead, confirmation – by obtaining a warrant – would only occur at the request of a detainee.

Lawyers for Human Rights notes in its papers that detainees would only be able to exercise this right if they had been informed of their rights, had understood those rights, and had the ability to express their request in a language that may not be their own.

As a consequence, most detainees are unable to request the only limited right to oversight they are afforded. Lawyers for Human Rights’ court papers explain that 75% of detainees were unaware of their right to have a court review their detention. Lawyers for Human Rights also noted a number of difficulties faced by people detained at the Lindela detention facility, including a lack of translators and an inability to access legal services. This means that many people have been and will continue to be detained for 30 days without any judicial oversight.

It is clear that this is a marked departure from the Constitution and the Criminal Procedure Act, both of which provided that detained people had to be brought before a court within 48 hours of their arrest, whether or not they requested this. The only justification the Department of Home Affairs provided for this limitation was that it would create an additional 500 appearances in court on a daily basis. However, the Department did not provide any evidence that these additional appearances would be unmanageable.

The second challenge to the Act is that detainees are not afforded the right to appear in court in person. A detainee’s case comes before the court if he or she requests confirmation of the warrant, or if the the period of detention exceeds 30 days. The department’s view is that a detainee does not need to be present at these court proceedings.

However, the Constitution gives detained persons the right to challenge the lawfulness of their detention before a court in person. This appearance is particularly important because it allows the detainee access to legal representation and allows illiterate detainees to make verbal representations. The magistrate is also given the opportunity to decide whether the detainee has been detained wrongfully because she or he has valid legal documents, has met the requirements for asylum states or is an unaccompanied minor.

A detainee’s appearance is also critical because it allows the magistrate to see whether a detainee has suffered any maltreatment or requires medical care.

The department offered no justification of the limitations imposed by these sections.

Having heard these arguments, the High Court declared these provisions of the Immigration Act unconstitutional, insofar as the Act failed to afford detainees an automatic right to appear before a court.

As a result, the Immigration Act was changed to require an officer to bring a detainee before court within 48 hours of his or her arrest, so that the court could confirm the detention.

The matter was then transferred to the Constitutional Court for confirmation of the order of invalidity.

However, while Lawyers for Human Rights was successful in having the sections declared unconstitutional, the organisation also wants the court to declare that Home Affairs must ensure that people detained under the Immigration Act are brought before court within 48 hours of their arrest and are also brought to court when their period of detention is extended.

Lawyers for Human Rights is arguing that these requests should be granted in view of how long Home Affairs had been acting unlawfully under the Immigration Act, the seriousness of the resulting infringements of constitutional rights, and the Department’s failure to comply with previous court orders.

Interestingly, the Department decided to oppose the confirmation of the order of invalidity and has attempted to re-litigate the constitutionality of the Immigration Act.

Home Affairs is seeking an order setting aside the High Court judgement and allowing the Immigration Act to remain unchanged.

The Constitutional Court is now faced with the decision of whether arrests of immigrants before deportation can justifiably be treated differently from other arrests. DM

Photo: Some of the 300 people stand in a queue soon after arriving from Durban by free transport after xenophobia attacks in the port town forced Zimbabwe residents to leave South Africa, Beitbridge, Zimbabwe, 25 April 2015. 7 people have been killed in recent xenophobia attacks in Durban and Johannesburg. EPA/AARON UFUMELI