The Paper Round: Ireland beating the All Blacks is why...

The Paper Round: Ireland beating the All Blacks is why we love sport 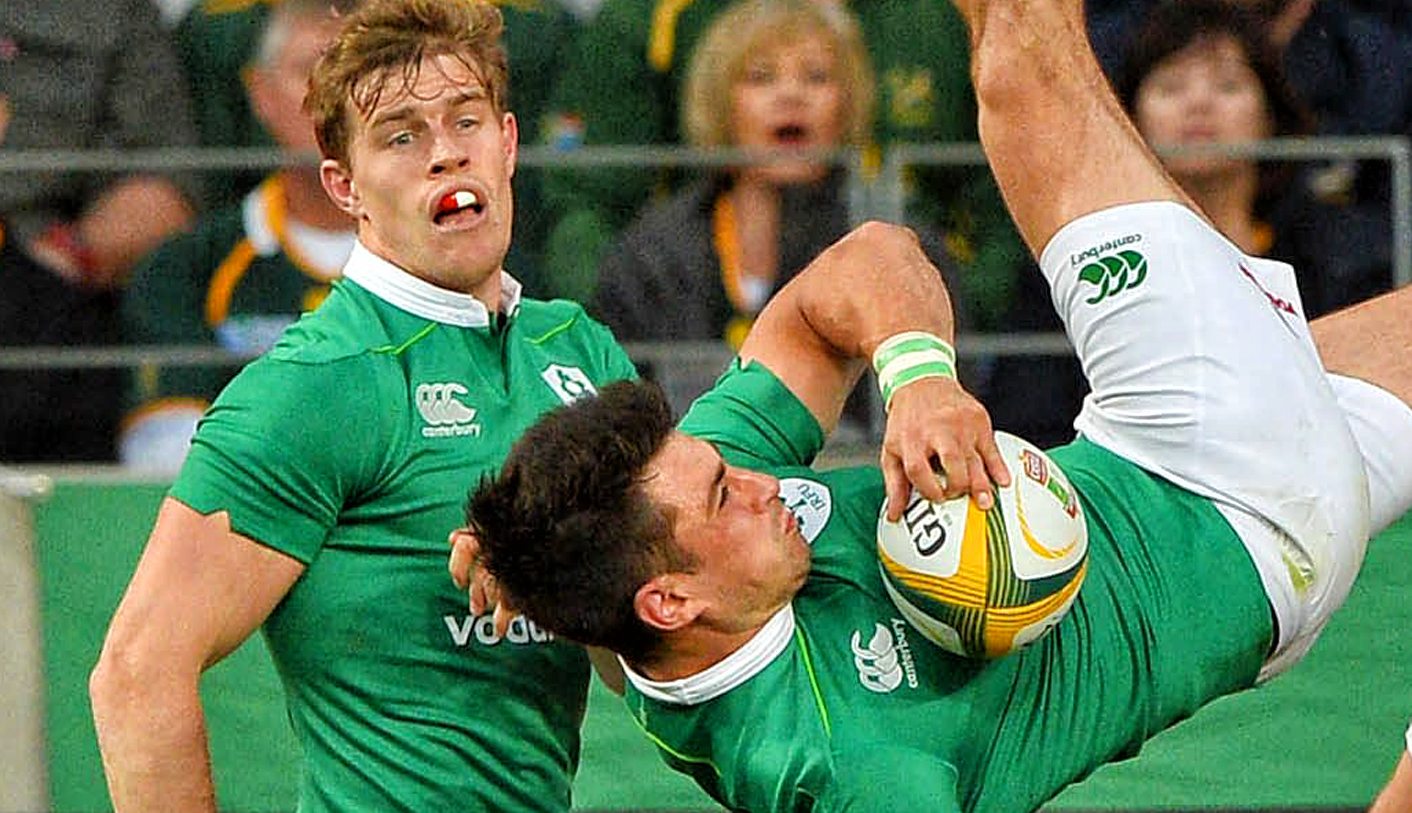 Ireland’s historic win over New Zealand this past weekend was both an incredible execution of skills, an emotional roller coaster and another nudge to the rest of the rugby world on how to adapt to modern times. By ANTOINETTE MULLER.

Over the weekend, something quite extraordinary happened. Ireland beat the All Blacks 40-29 in Chicago, bringing to a halt New Zealand’s 18-match unbeaten run. Ireland managed to stave off a fightback by the best team in the world in the second half which saw New Zealand recover from being 30-8 down to 33-29. It had taken Ireland over a century to achieve this feat and in the same week that the Chicago Cubs broke their World Series drought, it was an extraordinary achievement and another reminder of just why sport is so fantastic.

No, this is not indulgent South African schadenfreude. Rather, it is an indulgence in the highs and lows that come with international sport and all the narratives that weave their way into these stories. Most of us watch sport to be entertained. Some of us watch to have something to whinge about. A few of us watch out of patriotism, but almost all of us watch for moments like these.

Ireland’s jubilation was enthralling, but the moment that gave the most goosebumps by far was when Ireland’s players lined up in a figure of eight as New Zealand did the haka.

AFP noted that this was “a tribute to No. 8 Foley, the beloved former Munster and Ireland player who died suddenly last month at the age of 42”.

“We just talked about it through the management and the players,” Ireland’s captain Rory Best said afterwards.

“This was the national team’s first time together since his passing. We felt it was the right thing to do. We put the Munster boys at the front of it, to lead that. It was our way as the Irish national team of showing a mark of respect to Axel (Foley’s nickname).”

“There was a lot of emotion,” Best said. “I’m sure the Munster boys got a bit from that. It was just an emotionally charged occasion.

“We knew we had a great opportunity. We did a lot of work in the week to make sure we were bang on and could draw on a bit of that emotion.”

Emotional indeed, but Ireland’s ability not to let those emotions get the better of them was equally remarkable and a culmination of months of hard work.

Their win, although an upset, was by no means a fluke. Professional sport is constantly changing and teams who have embraced modern approaches have thrived. The All Blacks are the most prominent example of how investing in conditioning has enhanced their game, but they are by no means alone in this.

Earlier this year, Ireland Rugby appointed Nick Winkelman as head of “athletic performance and science”. That title is probably needlessly fluffed up, but the results that Ireland have achieved since his appointment speak for themselves. The win over New Zealand gives some context to their win over the Springboks earlier this year, too. Yes, South Africa were terrible, but Ireland were incredible.

Winkelman’s experience included “working with over 100 collegiate athletes each year preparing to make their transition into the National Football League through the NFL Combine and Draft process”.

It’s telling that during South Africa’s 32-26 win over Ireland in Johannesburg earlier this year, Ireland didn’t seem to succumb too much to the notorious Highveld altitude. But for all of Ireland’s efforts, the New Zealand press didn’t exactly take it easy on the losers.

On Stuff.co.nz Sir Brian Lochore was quoted as saying that New Zealand have become “too predictable”.

“Two things happened. They were unsure about their lineout and tried to be too clever and simply didn’t get enough ball. Also, they were predictable, they just went wide and didn’t have enough room, and a lot of passes went to ground.”

Whew! What’s that old saying about “if it ain’t broke”?

On the same website, Marc Hinton backed Lochore up, writing:

“The alarm bells should probably have been ringing from Eden Park when the Wallabies outplayed the All Blacks for the first 50 minutes, and effectively shut down their width attack. But then a strong finish and a flattering final scoreline rather erased the concerns that should have been writ large there.”

Radio host Mark Watson, who chairs a nightly show called Sports Talk for Radio Sport in New Zealand was also thoroughly pissed off. So pissed off that he even had a pop at the Olympics Seven side. Watson ranted:

“The fact that we were so piss-poor at the Olympic Games and we sacrificed the series against Wales. This is as bad an All Blacks season as 1998 when we lost five in a row or 2007 when we went out in the quarter-finals (of the World Cup).”

Can you imagine if Watson was South African? Oh, the humanity!

Fortunately, there was much praise for Ireland and, in particular, their coach Joe Schmidt.

Schmidt’s opposite number, Steve Hansen, called him “one of the best coaches around”. TVNZ took this to mean that Hansen was hinting at his heir, when Hansen said: “That’s why New Zealand might have to bring him home.”

There was also plenty of praise for South African-born Irish flanker, CJ Stander, who scored one of his team’s tries. Stander, like his teammates, gave an emotional tribute to Foley, and the Press Association noted: “Stander extolled the virtues of the late Foley, and how the gritty number eight’s example inspired Saturday’s historic victory.”

For Schmidt and his charges, this should serve as inspiration when the two sides meet for the rematch in Dublin in two weeks’ time.

For the rest of the rugby world (cough, South Africa, cough) it should be another wake-up call that it’s time to move with the times. DM

Every week, The Paper Round takes a look at a sport story and how it has been covered and dissected in the papers, both nationally and internationally. If you would like to suggest a topic to cover in next week’s edition, e-mail[email protected]