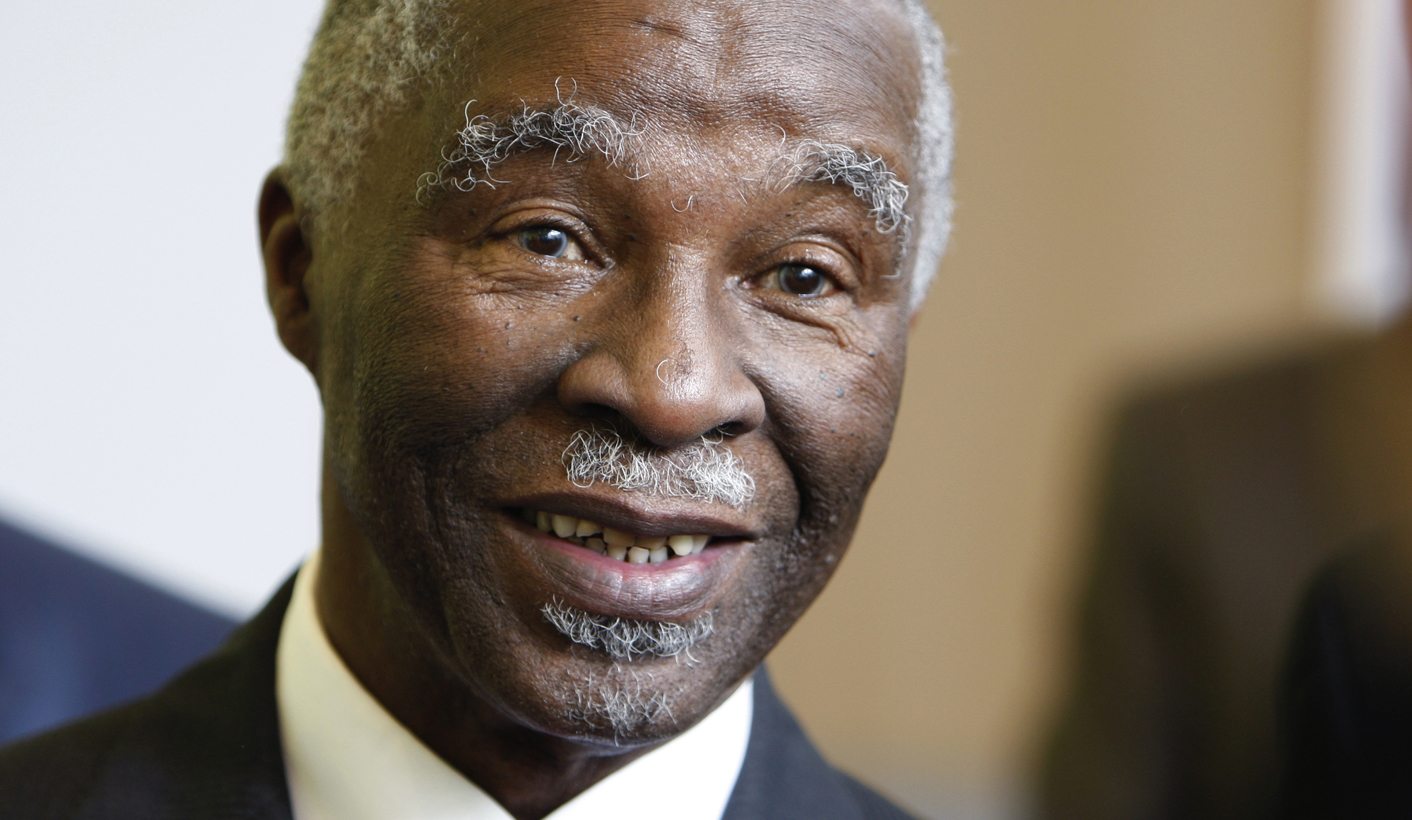 Durban – Former President, Thabo Mbeki, said on Tuesday while the country was in a general crisis, it had not reached tipping point. By Amanda Khoza, News24.

“I have argued that our country is immersed in a general crisis. Fortunately we have not as yet arrived at the tipping point when the country becomes ungovernable, with disastrous consequences for black and white, rich and poor and young and old alike,” former president Thabo Mbeki said in a prepared speech.

The former head of state was expected to speak at the Sunday Times Top 100 Companies Awards in Johannesburg.

In his speech, Mbeki listed critical issues plaguing the country which included issues of corruption, the looting of state funds and the factional fighting in the ruling party.

Mbeki said the hard reality South Africa faced today “is that our country is trapped in a general and deepening political, economic and social crisis which has, for many, begun to turn what was an Age of Hope into an Age of Despair”.

Mbeki said the country needed honest answers on what needed to be done.

One of the honest answers that needed to be addressed was whether the political leadership mandated through democratic elections with the task of governing our country had lived up to its systemic responsibilities, he said.

The answers to some of the questions were “yes” and “no”.

“It is obvious that over the years, progressively since 1994, therefore including the years when we were in Government, some negative features have emerged in our governing party, the ANC, which the organisation itself has recognised, including disease of the abuse of political power for personal enrichment.”

“The so-called state capture which speaks to the disease of direct control of people in responsible positions in the public sector by particular business interests and the drift of the ANC away from the ordinary working people and its historic task and raison d’etre, established over an entire century, of existing solely for the purpose to serve the interests of the people of our country.”

He said some members of the ANC had spoken up against the use of cash to buy members, as well as the abuse of supposedly independent State institutions to advance individual interests.

Mbeki said the negative tendencies had led to “the gradual loss of respect for and the erosion of the authority of the State and Government which are vitally important in terms of leading our nation a whole. This cannot but lead to social disorder and instability.”

“The reality is that if we do not do these things, and also fail to address the political challenges we face, the general crisis I have mentioned will get even deeper and more intractable,” he said.

He said any failure to successfully address political, economic and socio-economic “challenges cannot but result in a vicious circle which would lead to a further deepening of the general crisis and therefore a further entrenchment of social instability”.

“It may be that some might think that what I have said is somewhat alarmist. However my view is that we should err on the side of caution rather than take comfort in an attitude of complacency,” said Mbeki.

“If Parliament had done what I suggest, honestly and seriously, this would have made the strategic intervention we need to pull the country out of the unhappy political situation in which it is and put us on course to achieve the quality governance system we visualised when we adopted our Constitution 20 years ago,” Mbeki said. DM

Photo: Former South African president Thabo Mbeki talks to the media during a visit to the European Parliament in Brussels March 23, 2010. REUTERS/Francois Lenoir