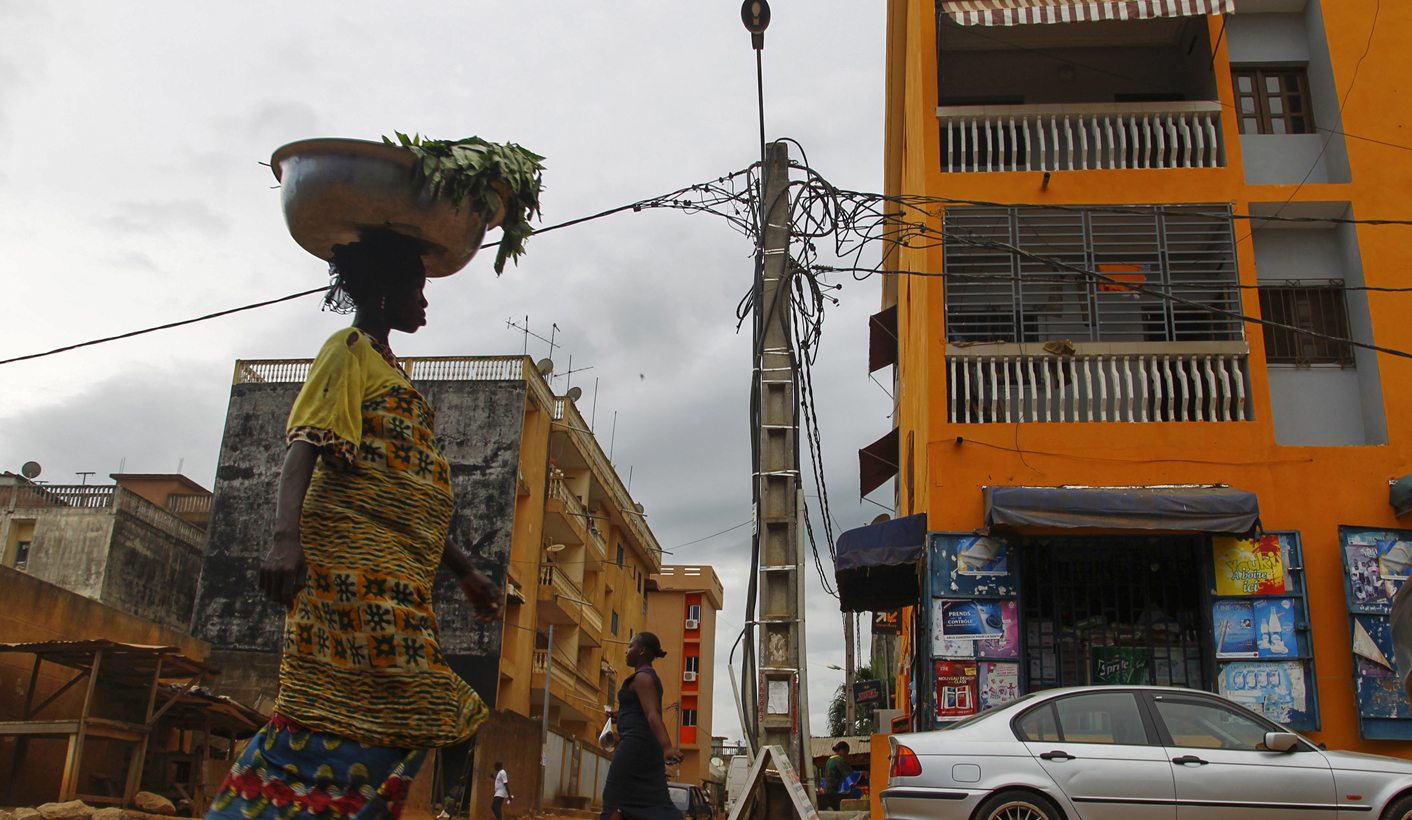 Across the world, 95% of all those who don’t have electricity live in Asia and Africa, often cutting down trees for firewood. But with the next round of talks on climate change under way in Morocco from today (Monday November 7, 2016), GEOFF HILL sees a contradiction between shutting coal-fired generators, and turning on the lights.

“We’ll all be rooned, said Hanrahan.”

It’s the first line from one of Australia’s most famous poems, written by John O’Brien, pen name of Father Joseph Hartigan who served as a Catholic priest in rural New South Wales.

In Said Hanrahan he tells of a country church where, after the service, men of the land talk shop, predicting they’ll “all be rooned” by the drought.

Rain comes, and farmers complain that the soil is bogged, too wet for a plough. When the grass grew high, so did the risk of fire. If it didn’t, the cattle might die, and so the poem ends as it began.

Listening to his flock, their prayers contradicting what they’d asked for last month, the priest learnt to ignore the gloomy Hanrahan and got on with running the parish.

I was introduced to the poem by a news editor when I worked on a paper in Sydney 30 years ago. She had it stuck to her door as a warning: predictions of doom generally don’t come true.

I remembered this in Paris last month. The city was hot with talk of climate change, with NGO and EU briefings ahead of the 22nd Conference of Parties, or CoP, this week in Morocco.

On the table is the Paris Accord for reducing emissions, carbon smoke and other nasty stuff from coal. Oil and gas add to methane in the atmosphere so they also have to go.

That deal was signed by 192 countries of whom just over half have ratified it via their own parliaments, including South Africa, Brazil, the US, India and, most important, China, where thousands of wind turbines are being erected for clean energy. The agreement became law on November 4.

A noble idea, but to hear the academics and aid groups talk about Africa, you wonder how well they know the continent.

I am a huge fan of solar. And my late father was a water engineer so you don’t need to persuade me on hydropower and turbines on the Zambezi.

But climate change has become the new evangelism: fire and damnation from the pulpit of New York or Brussels on how the planet is a giant crematorium and we’ll turn to ash unless something is done now.

Without these two events and the absurd contradiction they make, we’ll “all be rooned”. And doomed.

Dr Andrew Norton, formerly with the World Bank, is now director of the London-based International Institute for Environment and Development.

Aid money, he says, is too often “channelled ineffectively, with large amounts being spent on consultants who do not understand the local context and with very little reaching vulnerable communities”.

This time, we need to “make sure that funding reaches those who need it most”.

And there’s a call to make our current burners more efficient: Tightening valves and stopping leaks at power stations and working to agreed targets so a rise in world temperature stays below two degrees Celsius.

The wisdom is that, with enough aid and good intention, we can woo the world away from coal generation to wind, solar and, at a push, nuclear and get everyone onto the grid.

In Nigeria, Africa’s largest oil producer, 45% live without power. For Angola, it’s close on two-thirds. These figures are from the World Bank. Since 1994, South Africa has done amazing work and we’re at 85% of population with access to power. But SA buys electricity from, among others, Mozambique, where just one in four has a plug at home. In Chad, it’s one in 12.

But here’s the tragic number: 95% of the world’s people who don’t have electricity live in Asia and sub-Saharan Africa.

Let me say again, I think solar is great but it’s got little to do with the reason millions don’t have electricity.

Generation in Africa is largely handled by a state-run monopoly, expensive, inefficient, staffed by hangers-on from the ruling party. Sound familiar?

Squatter camps and those of no fixed abode make it hard to send accounts so pre-paid systems are common. But high rates of unemployment mean people often don’t have money for food, let alone a voucher for the meter.

Copper wire gets stolen from cables, plunging whole towns into darkness. And in poor areas, some link their homes direct to a pylon, with wires that all too often set the shacks ablaze.

Elsewhere, the sound of generators in Lagos, Maputo or Nairobi tells you power is off more than it’s on.

Dawn Stover is a biologist, and project editor at Scientific American magazine. And she’s done a lot of work on climate change.

“The boom in solar panels and wind turbines has not led to the closure of a single fossil-fuel-burning power plant,” she says.

It simply adds to output but not to the point where the burners can be shut down.

And, of course, the sun don’t shine at night. So what you make during the day must be stored in giant (very expensive) batteries with a lifespan of six to 12 years. And, over that time, they hold ever-fewer kilowatts. This tech is getting better and cheaper, but we’re not there yet.

The world is not going to catch fire tomorrow. And Europe went through its own industrial revolution with coal. Problem is, we now have way more people.

When folk in Africa, Asia or South America need to cook or stay warm – and there’s no electricity – they cut down trees. Bad for the environment way beyond climate. Erosion, damage to rivers, loss of habitat for wildlife, leaching of soil.

No question, plugging in the world is a great idea. But it’s not going to happen by going to war with coal. At least not in Africa. And not right now.

Some in Europe or the US who run the agenda for climate change, emissions and development should perhaps spend less time talking hot air and more on the ground, learning why people don’t have electricity and what can be done to change that.

Destroying what power stations we have is not the answer. Do everything you can to make them better, cleaner, cheaper, but not from a place of denial.

If I sound down on those who want to improve the world, you hear me wrong. All strength to their cause. And to anyone who can find a way to slow our rising population. To a need for jobs, transport, housing and a better life so Africans don’t strike out for Europe in a dinghy.

But do it in the real world, with an eye on how Africa works or (all too frequently) doesn’t.

Deal with real reasons for why so few Africans have the lights on. Most of all with governments who fail their own people.

Do that, and instead of ruin, you might just save us all. DM