ICG: The Libyan political agreement – time for a reset 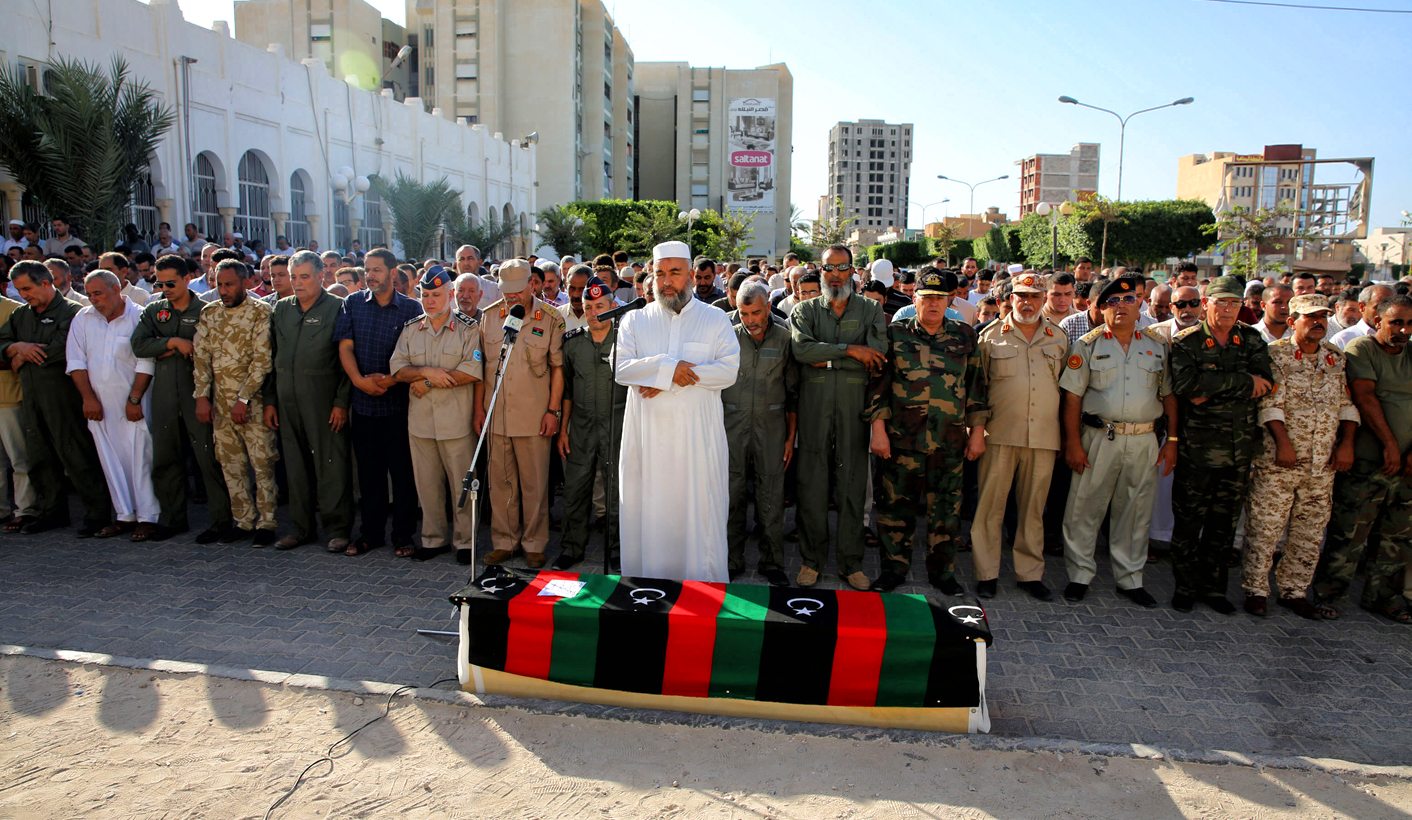 The UN-brokered peace process in Libya has stalled, leaving unresolved pressing issues such as worsening living conditions, control of oil facilities, people-smuggling, and the struggle against jihadist groups. New negotiations are needed to engage key actors who have been excluded so far. Executive Summary by INTERNATIONAL CRISIS GROUP.

The December 2015 Libyan Political Agreement, signed in Skhirat, Morocco, has reconfigured more than contributed to resolving internal strife. A year ago, the conflict was between rival parliaments and their associated governments; today it is mainly between accord supporters and opponents, each with defectors from the original camps and heavily armed.

The accord’s road map, the idea that a caretaker government accommodating the two parliaments and their allies could establish a new political order and reintegrate militias, can no longer be implemented without change. New negotiations involving especially key security actors not at Skhirat are needed to give a unity government more balanced underpinning.

Skhirat sought to resolve the dispute between the House of Representatives (HoR) and its associated government, based respectively in the eastern cities of Tobruk and al-Bayda, and the General National Congress (GNC) and its government in Tripoli. It created a Presidency Council, a rump executive that took office in Tripoli in March 2016 and was tasked to form a unity government, and an advisory High State Council of ex-GNC members. The HoR was to continue as the sole parliament and approve the unity government, but it has yet to do so. The institutional set-up thus is incomplete, leading to a skewed result, while supporters and foes cling to technical legalities to buttress their positions.

Military actors seek leverage by faits accomplis aimed at improving their negotiating positions and imposing themselves within their own camp. Between February and September, the forces of General Khalifa Haftar, who rejects the accord, drove foes from Benghazi and seized much of the Gulf of Sirte’s “oil crescent”, with its oil and gas production, refining and export facilities. Over this period, a coalition of western Libyan militias operating nominally under the Presidency Council and with US air support has taken over most of Sirte, a city the Islamic State (IS) seized in March 2015. The possibility exists that some forces now in Sirte, aided by others in western Libya, will continue eastward and clash with Haftar’s forces in the oil crescent, or that the latter will seek to move west toward Tripoli. The aggregate effect is that divisions have deepened. That the Presidency Council, as interim executive, has made little progress on everyday issues such as the cash liquidity crisis and water and electricity shortages further undermines confidence.

External actors who pushed for diplomacy and made much of their support for Skhirat are almost as divided as Libyans. A group of mostly Western countries, led by the US, calls for unconditional support of the council and recognises the unity government it nominated. Prioritising the fight against IS and controlling migrant and refugee flows, it favours moving ahead on the Skhirat road map without the HoR if necessary, betting that if governance can be improved in the west first, the east may eventually join. Haftar’s resilience has upset that assumption.

Another group, led by Egypt, the United Arab Emirates (UAE) and Russia, prioritises unity of what remains of the army (especially Haftar’s “Libyan National Army”) as the nucleus of a future military and is concerned about leverage Islamist militias controlling Tripoli may have on the council. It has given Haftar overt and covert political and military support, as has France on counterterrorism grounds. Ostensibly concerned with finding a solution to Libya’s divides, it publicly subscribes to the peace process but undermines it and offers no concrete alternative.

Skhirat’s underlying objectives, avoiding further military confrontation and preventing financial collapse, appear increasingly distant. IS’s Sirte setback risks being followed by fighting among non-jihadists over oil and gas, which would likely postpone Libya’s ability to increase exports and further endanger peace prospects. Longer term, a failed peace process and escalating clashes would give radical groups opportunity to regroup. The immediate priority thus is to avoid the violence that seems to be brewing in the Gulf of Sirte, Benghazi and perhaps Tripoli. Avoiding a new confrontation in the oil crescent is particularly urgent, combined with an agreement that the forces there allow the National Oil Corporation to repair damaged facilities and resume exports, as Libyan law and UN resolutions demand.

Beyond this, a reset of the mired peace process is imperative. The attempt to implement Skhirat without HoR approval and excluding Haftar should end; likewise, backers must press Haftar to negotiate. Both sides need to make concessions, especially on security. The Presidency Council should do more to reassure the east it works for all, not just the west, and resume unity government talks with the HoR.

Little progress will be made without involving the most important armed actors in dialogue. Compromise on the command structure and their relationship with the Presidency Council is a necessary precursor to tackling wider disarmament, demobilisation and reintegration. Designating one side the “legitimate army” does not address the hybrid reality of military power: most armed groups claim ties with a state institution as they continue to operate as militias.

The prospect of Libya in freefall should give all pause, especially the vulnerable neighbours. Regional and global actors involved in the diplomatic process over Libya should converge on common goals, push for a renegotiation of the accord, use their influence to restrain the belligerents and nudge them toward a political solution and participation in a security track. Specifically,

As the situation has taken increasingly alarming turns, outside actors – some, like France, long involved; others, like Saudi Arabia, newly active – are seeking to revive, the Skhirat process in one form or another. Understanding what went wrong, might be corrected and is necessary to do so is the best hope to salvage an agreement. DM

Photo: Libyen military and civilians attend the funeral of a pro-GNA pilot, who died along with his co-pilot after their plane crashed the day before while bombing Islamic State (IS) positions, in city of Misrata, east of Tripoli, Libya, 11 August 2016. EPA/STR