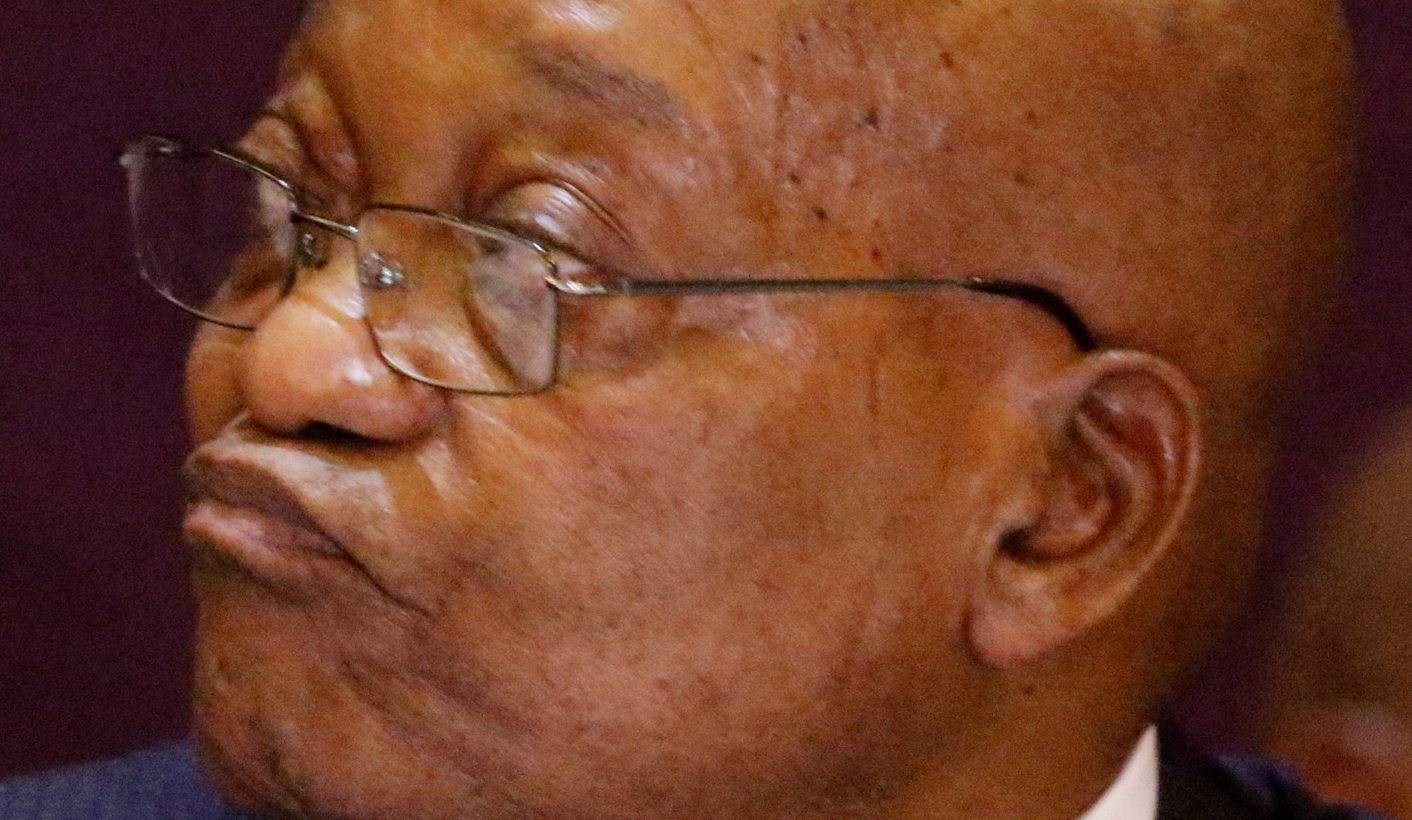 President Jacob Zuma was in Zimbabwe on Thursday in what proved to be a welcome respite from his domestic woes – and a chance to renew his budding friendship with his Zimbabwean counterpart. By SIMON ALLISON.

Famously, Robert Mugabe and Jacob Zuma don’t like each other very much. Recently, however, they have begun to find some common ground. The thaw began last year with Mugabe’s first state visit to South Africa in 22 years, and continued this week in Harare as Zuma repaid the favour.

They’ve got plenty to bond over this time around. Both are at their weakest ebb as leader, plagued by infighting and scandals and secretive succession debates. Both are fighting for their political future. Both are the last men left on the dance floor, and could use a friend.

Mugabe’s country, meanwhile, is facing yet another economic crisis, this one precipitated by a severe shortage of cash. Money in the country is literally running out, and the government has no idea what to do about it. The Reserve Bank of Zimbabwe’s latest initiative, the introduction of a kind of pseudo-currency called “bond notes” to supplement the US dollars in circulation, looks likely to exacerbate rather than fix the problem. Meanwhile, faction fighting within the ruling party has reached fever pitch, and political violence has sharply increased this year in response to a new wave of anti-government protests.

Mugabe might be the ultimate survivor, but there is no doubt that he is looking more vulnerable than he ever has before. And not just politically. Physically, the 92-year-old is unsteady on his feet, and frequently falls asleep in meetings – another similarity with his South African counterpart.

He’s still sharp as nails, though.

“We are happy you are still in one piece in spite of what the papers are writing every day,” Mugabe told Zuma, delivering the sting with a smile and more than a hint of schadenfreude.

And then the admission that not everything was going according to plan: “Comrade president, we need each other even more now than before.”

Zuma, in contrast, largely stuck to his prepared script, prompting local journalists to wonder if the South African president was always this boring. And whoever had prepared the text had clearly never been to Zimbabwe before: “Jointly we need to pursue the creation of a stable, peaceful and prosperous region, our continent, Africa, and a better world. In this respect, Zimbabwe has been instrumental towards realising the dream of a prosperous African continent that is self-sufficient and able to assume its rightful place in the global arena.”

Behind closed doors, the delegations thrashed out vague and non-committal positions on everything from illegal ivory to the self-determination struggle of the Sahrawi Arab Democratic Republic. But Zuma’s large contingent of ministers – six in total – may have had an ulterior motive, one that highlights South Africa’s very real concerns about the deteriorating situation in Zimbabwe.

“It’s an exercise in trying to find out what’s going on. Having six people asking questions might provide some answers as to how the Zimbabwean regime is decaying. It’s part of a constructive engagement that is absolutely necessary, and should help inform South Africa’s response,” commented Piers Pigou, senior southern Africa consultant for the International Crisis Group.

Zuma hurried home to Pretoria shortly after the meeting ended – he’s got a lot on his plate, after all. But as his troubles grow, and his allies desert him, at least he knows he’s got one friend in Zimbabwe (presuming that Mugabe doesn’t fall first).

After all, you get the friends you deserve. DM