Explainer: Misconceptions about a no-confidence vote

Explainer: Misconceptions about a no-confidence vote 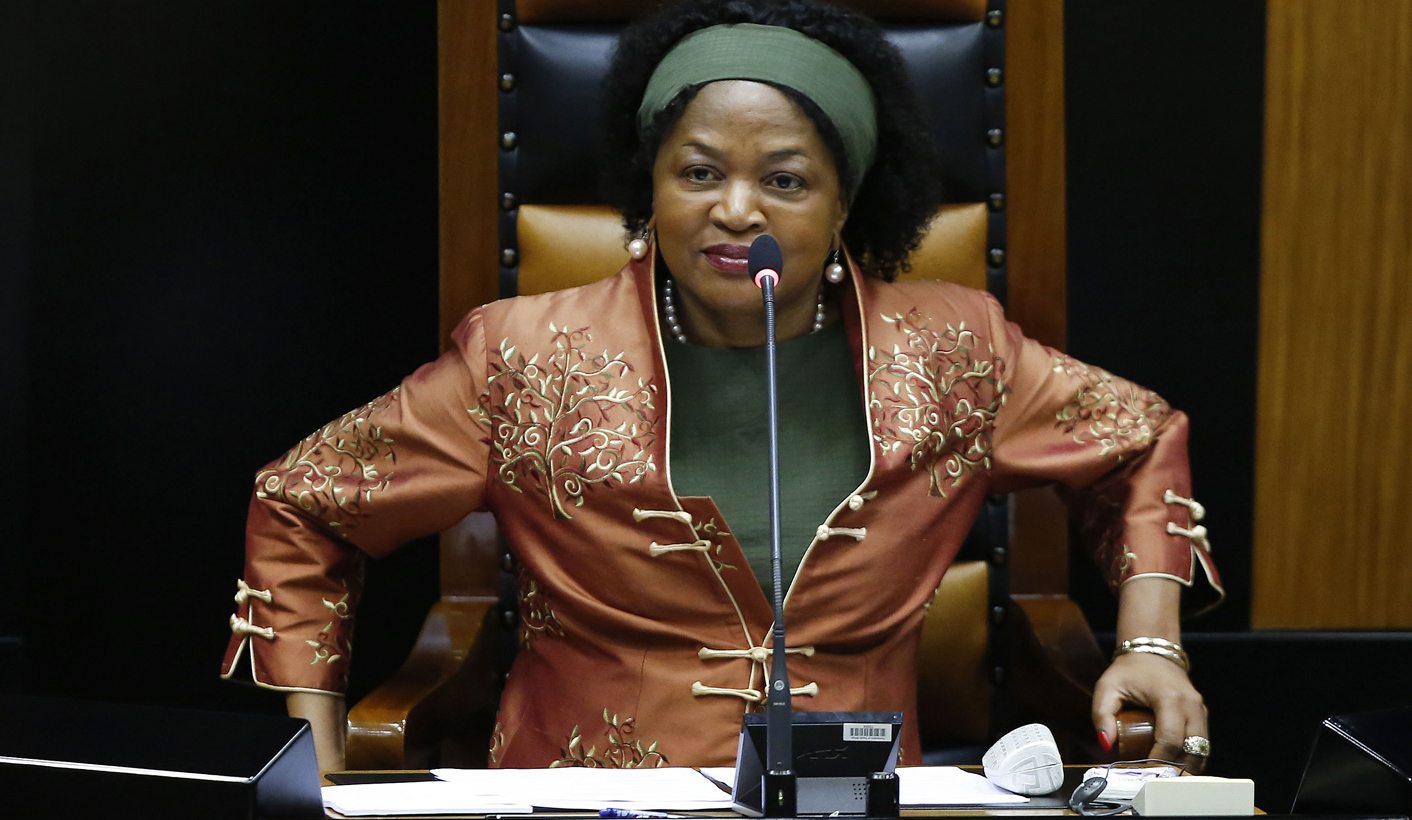 Can the ANC MPs in Parliament support a no-confidence vote in the president? The simple answer is: Yes, they can. But there appear to be some misconceptions about what will happen if they do. By LOAMMI WOLF.

The opposition parties have indicated that they are going to table another motion of no confidence in President Zuma after the Pretoria High Court ordered the publication of the State of Capture report of the outgoing Public Protector.

The rationale behind a no-confidence vote is that since the Members of Parliament elect the leader of the government and give him or her a mandate to govern, they may also withdraw that mandate – in both instances by a simple majority vote. The focus of a no-confidence motion is usually on failing policy and accountability issues.

The purpose of a no-confidence motion is to ensure a capable and functioning government. A vote of no confidence demonstrates to the head of state that the elected Parliament no longer has confidence in the appointed government.

Yet, sometimes motions of no confidence are proposed even though they have no likelihood of passage, simply to put pressure on a government or to embarrass its own critics, who may for political reasons decide not to vote against it.

Since 2010, five motions of no confidence in President Zuma have been tabled by the opposition parties. Thus far, the ANC majority in the National Assembly has rubber-stamped orders of the Chief Whip not to pass a no-confidence motion against President Zuma even though a number of these motions concerned really serious accountability issues.

So, will it be the same procedure as usual this time round? Not necessarily.

What has changed is that the ANC is now more deeply divided about the continued leadership of President Zuma than ever before. The call for the African National Congress’s (ANC’s) entire national executive committee (NEC) to step down, made by ANC chief whip Jackson Mthembu, accentuates the degree of turmoil in the ANC.

A report, compiled by ANC secretary-general Gwede Mantashe after the national executive’s tour of branches and regions and discussed by ANC leaders last week, sets this out with alarming clarity. The regions suggested that President Zuma should be disciplined and raised questions as to why the Constitutional Court judgment on Nkandla and allegations of state capture were not referred to the party’s integrity committee. It added that the probe by the Public Protector into state capture was going to be a “complication” that required a “concrete strategy” by the party. This is quite likely what has emboldened Mthembu.

This was followed by a public declaration by 101 ANC veterans that they have no confidence in the party leadership. They say that it “has defended the personal interests of some leaders at the expense of the public good and the credibility of the organisation”.

The question therefore is: Can the ANC MPs in Parliament support a no-confidence vote in the president?

The simple answer is: Yes, they can.

There appear to be some misconceptions about what will happen if they do, however.

The first misconception is that if a party member does not vote according to the party line, such an MP risks losing his/her seat in Parliament in the course of disciplinary measures or might face “redeployment” elsewhere.

Such a disciplinary measure is also problematic because it would infringe upon the political rights of individual MPs guaranteed by section 19 of the Constitution; it also negates the principle of internal democracy in a party that was explicitly affirmed by the Constitutional Court in Ramakatsa v Magashule.

The second misconception is that an MP first needs the permission of the party whip before he/she may deviate from the party line on how to vote on a no-confidence motion. Rule 129 of the Rules of the Assembly (9th edition, 2016), which regulates how a motion of no confidence should be conducted, does not contain any such requirement.

Arguably, the precedent that individual members should vote according to the party line could be justified when it concerns policy of the party. However, when it concerns measures to hold the executive accountable for breaches of the law or the Constitution or serious misconduct or incompetence to govern, it is doubtful whether a party whip would be able to dictate to individual members of the relevant party how to vote or to require that they must first obtain permission to vote according to their conviction.

In Oriani-Ambrosini, MP v Sisulu, MP Speaker of the National Assembly, the Constitutional Court ruled that Members of Parliament have the right to participate in parliamentary procedures in terms of section 55(1)(a) and 57 of the Constitution in their individual capacity.

A strong case can be made that they will be similarly entitled to exercise the powers under section 55(2)(b) to hold the executive or a state organ accountable in an individual capacity as part of the Assembly. A motion of no confidence and a motion to remove the president from office are both measures for holding the executive accountable. This implies that an individual MP may initiate such a motion and has the freedom to vote in accordance with his/her conviction.

In Oriani-Ambrosini, the court held that “any rule that empowers the National Assembly to impose the permission requirement, or reinforces this requirement, would fly in the face of the meaning and purpose of section 57… It would therefore be constitutionally invalid, to the extent of that inconsistency”.

The third misconception is that a vote of no confidence cannot be voted on with a secret ballot. In terms of section 57 of the Constitution, Parliament is free to decide that a no-confidence ballot in a specific instance should be secret in order to protect individual members from the censure of party leaders so that they can vote in the best interest of the country.

In the current constellation where the ANC itself is deeply divided about the continued leadership of the party by President Zuma, this would definitely be appropriate.

For many years the German Chancellor Helmut Schmidt wondered who in his own party voted in favour of the no-confidence motion in him in October 1982, but could not hold it against anybody. The German parliament had tabled a motion of no confidence in him after the coalition government between the SPD and the FDP broke up over a number of issues. However, unlike the South African Constitution, a no-confidence vote in Germany is always by secret ballot. DM

Loammi Wolf is a constitutional law specialist who runs the initiative Democracy for Peace.