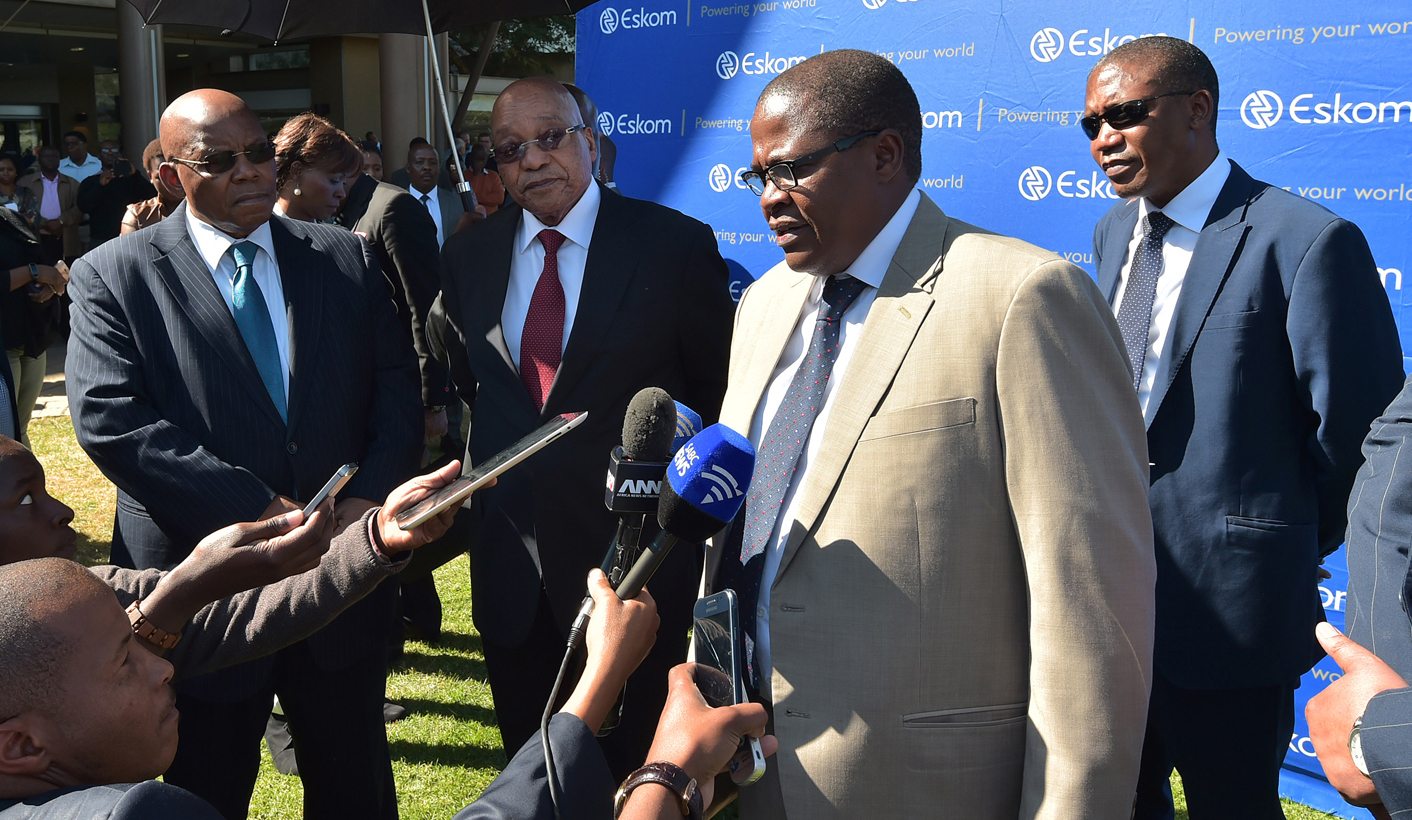 Molefe and Ajay Gupta, the eldest of three Gupta brothers, made 58 telephone calls to one another between August 2015 and March 2016, according to the report, which was released on Wednesday.

According to cellphone tracking records obtained by the protector’s investigators, Molefe was at or near the Guptas’ Saxonwold, Johannesburg, compound 19 times between August 5 and November 17, 2015.

The report details contact between Molefe and Nazeem Howa, Oakbay’s former CEO, and Rajesh “Tony” Gupta, the youngest of the three Gupta siblings.

The time frame of the interactions between Molefe, the Guptas, and their associates is important as it coincides with the acquisition of the Optimum coal mine by the Gupta-owned Tegeta Exploration and Resources.

Part of the controversy about the deal revolves around a pre-payment of more than R600 million that Eskom had approved for coal it would get from Tegeta. This money ostensibly helped the Guptas finance the Optimum deal.

Madonsela’s report highlights “a distinct line of communication between Mr Molefe of Eskom, the Gupta family and directors of their companies in the form of Ms Ragavan and Mr Howa. These links cannot be ignored as Mr Molefe did not declare his relationship with the Guptas.”

The report highlights the fact that Ragavan called Molefe on April 11 this year, the same day when Eskom’s pre-payment was granted to Tegeta.

Molefe told News24 he first wanted to see the report himself before commenting.

“Right now I am not comfortable saying anything about this,” he said. DM