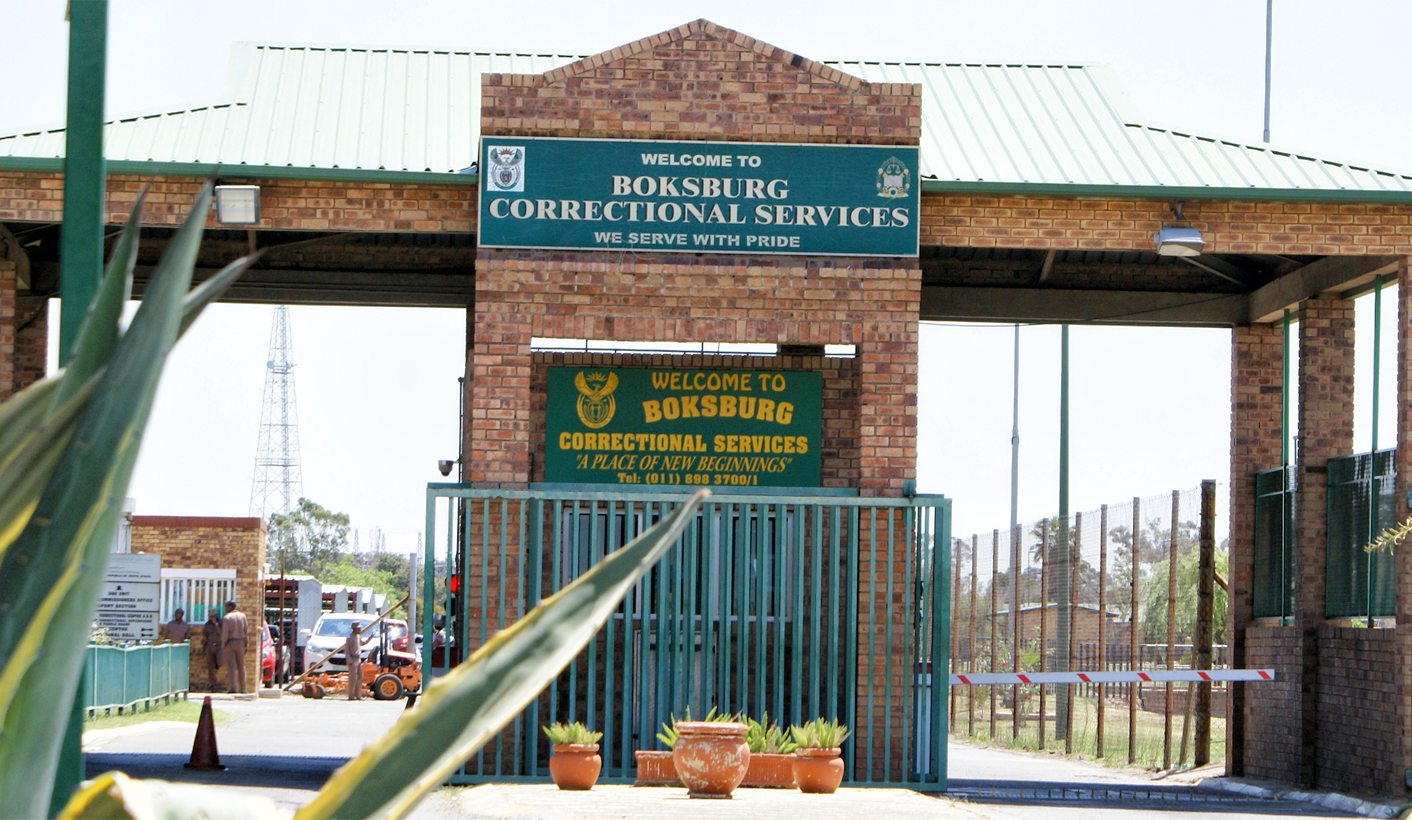 There has been a raft of complaints about the Boksburg Correctional Services facility, where thousands of inmates are reportedly drinking water from a hot geyser because the main water pipe to the prison has been out of order for more than 30 days. By Ciaran Ryan for GROUNDUP.

Two Boksburg Correctional Services prisoners reached out to GroundUp after attempts to resolve complaints about prison conditions with management appear to have come to naught.

They also complain that the food is sub-standard and unhygienic, and that prisoners are being dished up rotten apples and poorly prepared food – which management apparently blames on the suppliers.

“The main water pipe to the prison has been broken now for more than 30 days, so we have to drink from a hot water geyser,” says Thabiso Zwane, one of the inmates. “We met with prison management and they promised to resolve the matter several weeks ago, but so far nothing has been done.”

GroundUp has been given a list of complaints raised with management, including:

United Nations Standard Minimum Rules for the Treatment of Prisoners (the Nelson Mandela Rules), which was signed last year, states the following:

1. Every prisoner shall be provided by the prison administration at the usual hours with food of nutritional value adequate for health and strength, of wholesome quality and well prepared and served.

2. Drinking water shall be available to every prisoner whenever he or she needs it.

A former prisoner, who spent three years in the Boksburg prison (and has asked to remain unnamed), told GroundUp: “My personal experience, as I spent about three years in Boksburg, is that the food in Boksburg does not qualify with the standard rules. The food is not well prepared, and kitchen hygiene has been always a concern.”

In reply to questions put to it by GroundUp, the Department of Correctional Services says claims that offenders are drinking water from a hot geyser “are incorrect and misleading as our normal water taps are currently supplying clean and normal water to our centre premises. The Boksburg Management Area is currently fixing a glorifier which is not operating after busting, with a contractor currently employed and working on site to ensure that we are up and running in no time”.

The prisoners reply that this is incorrect, saying not only are prisoners forced to drink water supplied from hot water geysers, but some passages in the prison are swimming in water due to pipe leaks. GroundUp has seen evidence to substantiate the prisoners’ complaint and is satisfied these are substantially true.

On the allegation of sub-standard food, the DCS says it adheres to the required diet meant for offenders in line with the nutrition policy. “Offenders are supplied according to what is required. No official reports from offenders were noted as the reason for their ill-health, particularly in the hospital unit.

“A meeting between offenders and management took place wherein their grievances were noted regarding hygiene issues. So far progress has been noted in all areas as these concerns were taken as urgent matters, noting that our offenders take priority.

“The Boksburg offender hospital facility is fully supplied with all necessary medical supplies including treatment; no shortages have been noted with adequate supply of oxygen cylinders especially to those with high preferences. Our hospital is fully equipped with adequate capable staff officials that see to the day-to-day catering of offenders in need of medical intervention.”

Replies one of the prisoners: “Boksburg [management] cannot say for sure that the food they are serving is nutritious. The majority of Boksburg inmates are malnourished compared to inmates from Sun City [Johannesburg Central Prison] or Leeuwkop Prison. We need members of civil society to come to the prison and investigate.

“Our cooks are complaining about being mistreated by the official in charge of the kitchen. Clever Ndlovu was stabbed while dishing food and he was never attended for treatment. He is willing to testify along with two other inmates who were working in the kitchen (during the stabbing).

“Our passages are full of water due to leaking pipes. The whole centre is using buckets to flush the toilets, which are built with no doors.”

The DCS says no natural deaths were recorded in the prison over the last six months, though it could not rule out “unforeseen incidents of stabbing among offenders as the environment remains hostile. However the management works tirelessly to root out unacceptable behaviour in offenders which results in some losing their lives.”

The department says it considers offenders to be “stakeholders” in its operations and they are consulted on issues affecting their well-being. Regular meetings are held, and progress “has been noted regarding issues of hygiene”.

Perhaps the only way to get to the bottom of this is, as the prisoners suggest: allow a civil society organisation to enter the prison and check.

GroundUp was unable to reach the Judicial Inspectorate for Correctional Services for comment before publication. The Inspectorate was established in terms of the Correctional Services Act with the aim of introducing “radical and far-reaching changes in our correctional system and seeks to give effect to the Bill of Rights in the Constitution, Act 108 of 1996 and in particular its provisions with regard to prisoners. For example, in chapter III of the Act provision is made for the custody of all prisoners under conditions of human dignity, while chapter IV provides for an enlightened policy of implementation of prison sentences with the objective of enabling sentenced prisoners to lead socially responsible and crime-free lives in future.”

The reports from Boksburg Prison fall within the inspectorate’s mandate. DM