‘Poisoned Climate’: Do the honourable thing and res... 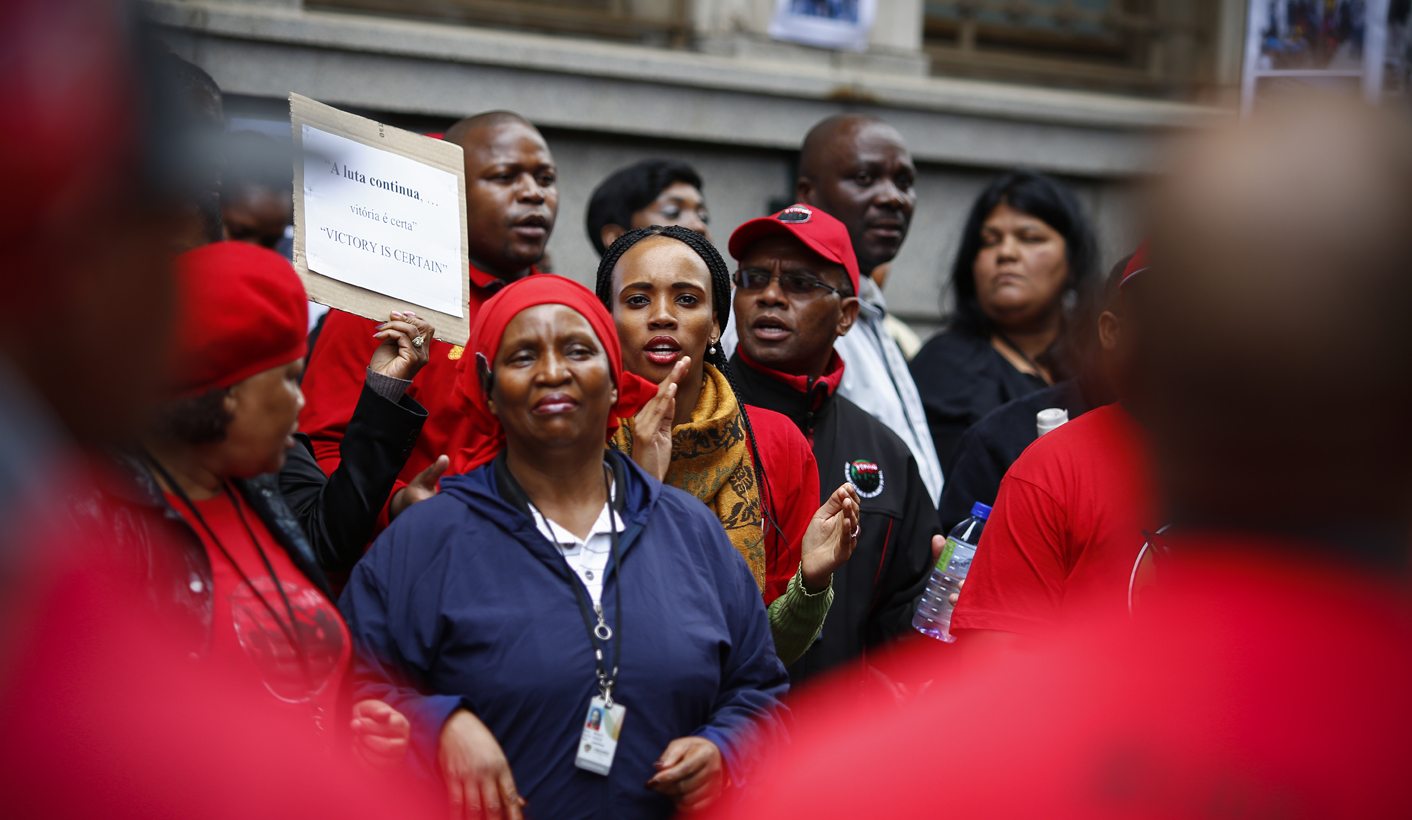 President Zuma has earned a reputation for survival, but as his scandal-plagued administration continues to put the ANC’s, and the country’s, future at risk, he is more vulnerable than ever. As new calls emerge for Zuma to resign daily, is the dam wall about to break? By GREG NICOLSON.

In March, the Constitutional Court delivered a serious indictment on Jacob Zuma’s presidency. He came into office under amid a storm of unresolved allegations. Into his second term as state president, Zuma continued to court scandals, which, when the Constitutional Court delivered its judgment on the upgrades to his personal home in Nkandla, had already become the hallmark of his presidency.

The court noted the zero tolerance allowed for impunity and found Zuma had failed to uphold, defend and protect the Constitution. Consequences? Zuma apologised, half-heartedly. ANC leaders accepted it. The ANC-led National Assembly, itself implicated, did not discipline the Number One defender of the Constitution for disrespecting the law. It looked as though nothing would stick to the Teflon Man, but what a difference an election makes.

As in 2012, before the ANC went to an elective congress, opposition against the president is growing. But four years on, after countless scandals, two disappointing state elections for the ANC, and a country questioning its identity – whether its “democracy” is a democracy – Jacob Zuma’s influence is under unprecedented pressure. An opposition is rising, asking who the next ANC leader should be. The question is who will join and how high they will rise.

On Tuesday, the National Education and Health Allied Workers’ Union (Nehawu) joined the anti-Zuma chorus. “Everything considered, including the deepening socio-economic crisis, lack of strategic oversight and leadership in government, declining hope amongst our people and the ever swirling scandalous revelations of corruption, the NEC has come to a conclusion that it can no longer be denied that the leadership of President Jacob Zuma in government is now untenable,” said Nehawu’s national executive committee after meeting for two days.

The union noted the “poisoned climate” of factionalism in the ANC and said Zuma is not solely responsible for the country’s problems, but said the party needs to act to divert its “disastrous trajectory” and ensure Zuma will not be either ANC or state president when citizens vote in the 2019 general elections.

Nehawu was an unlikely candidate to be the first affiliate linked to the Alliance to call for Zuma to resign. Under former general secretary Fikile Majola, now an MP, the union led the charge against then Cosatu general secretary Zwelinzima Vavi and Numsa, pushing for them to be expelled. Vavi and Numsa stood up to Zuma’s ANC and the party’s positions in general, and, while Cosatu maintains they were exiled for legitimate reasons, they claim they were persecuted for standing up to Zuma, his supporters in the ANC, and their allies within Cosatu.

Nehawu’s statement suggests two motives for calling on Zuma to resign. It looks to 2019. Despite the party’s bravado, the ANC suffered in the 2014 elections, a precursor to 2016. In this year’s local government elections, the party lost significant support, especially in urban areas, which allowed DA-led coalitions to take over in Nelson Mandela Bay, Tshwane and Johannesburg. If the trend carries on to 2019, the ANC risks losing entire provinces to the opposition, perhaps even the national government.

In its post-election analysis, the ANC NEC humbled itself and noted how perceptions of disunity, arrogance, corruption and factionalism affected its performance. It decided to confront its challenges. In the months since the elections, the problems have only been exacerbated. The charges against Finance Minister Pravin Gordhan have largely been seen as factional. Numerous reports have emerged detailing state capture and alleged corruption. #FeesMustFall was a chance to listen, but further highlighted the ANC’s arrogance. Zuma is both a symbol of party problems and an actor perpetuating them. Who knows what further damage he might do with another three years as president of the Republic.

Nehawu suggests the ANC should “invoke the precedent practice” and agree that Deputy President Cyril Ramaphosa should take over from Zuma. We’re still about a year away from the ANC’s next elective congress, but factions have long been forming over who Zuma’s successor should be. So far, the race is between Nkosazana Dlamini-Zuma, supported by the Premier League, and Ramaphosa, favoured by others such as Nehawu and Cosatu. The Premier League, which also supports Zuma, is under intense public pressure, linked to claims of state capture and smeared by Zuma’s scandals. It’s an opportune time for Ramaphosa’s supporters to strike.

On Tuesday the Nelson Mandela Foundation also criticised Zuma. “We are reaping the results of a political trend of personalising matters of state around a single individual leader. This in a constitutional democracy is to be deplored,” it said, noting the weakening of state institutions for private interests. The foundation’s statement follows increasing condemnations from ANC stalwarts. The party’s chief whip in the National Assembly, Jackson Mthembu, has called for the whole ANC NEC to fall on their swords.

The dam wall hasn’t broken, yet. Like the drought-affected water reserves, support for the president has been diminishing over time. Former backers like Vavi, Julius Malema, the SACP, even Kgalema Motlanthe, and many more, have been sidelined in the heat of repeated scandals and subsequent purges. The question is whether the dam wall will now disintegrate, and when. Who will be the next to call on Zuma to resign and how far will the calls reach? DM