Pause for Thought: North Korea could join the ICC if Kim Jong-un wanted to 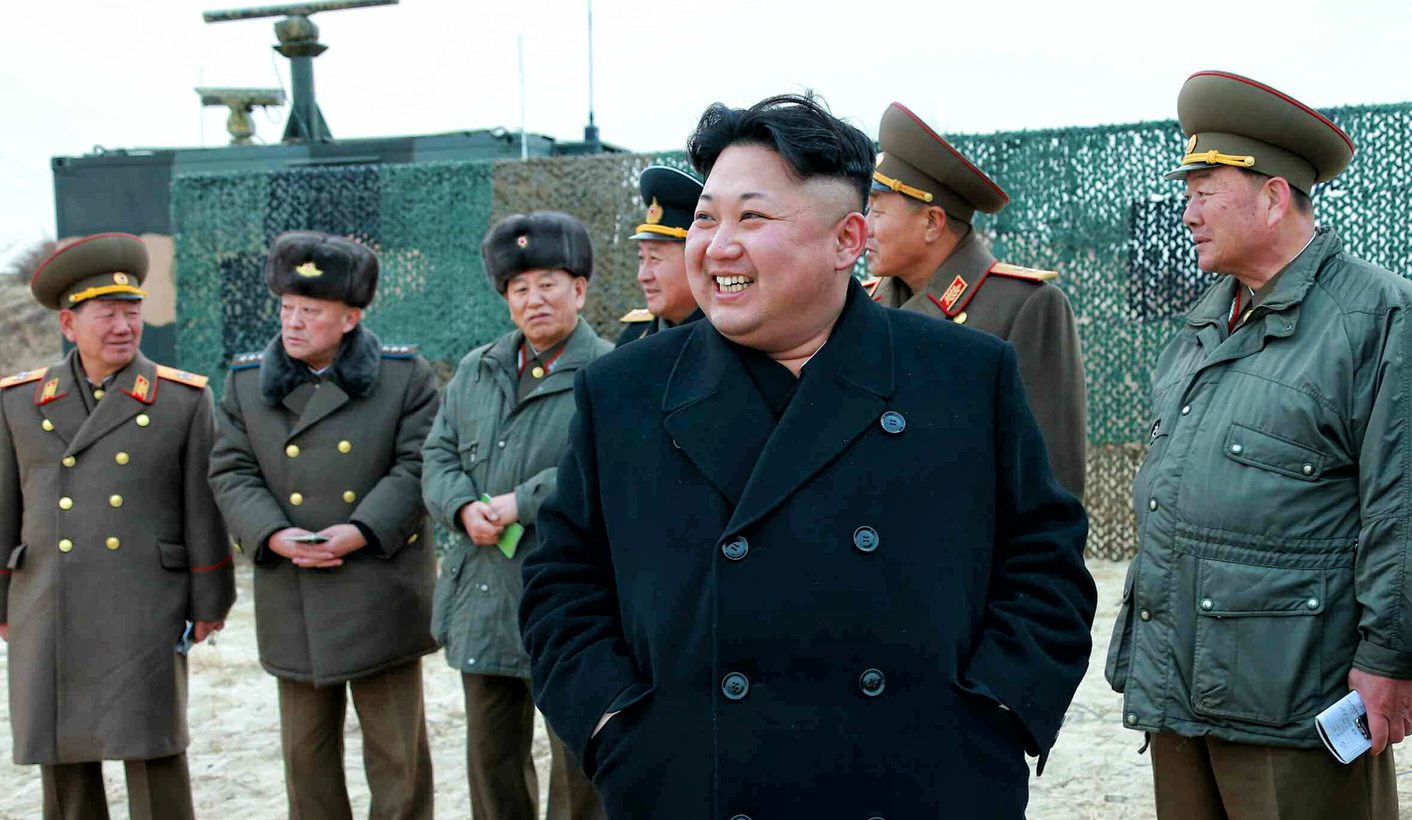 As Africa prepares to withdraw from the Rome Statute, GEOFF HILL argues that some countries should never have been allowed to join.

Gambia is to leave the International Criminal Court.

No, that’s not Zambia with a typo, but Gambia, an enema running up Senegal, its widest point less than the distance from Sandton to Pretoria.

By the time colonial France grabbed a million square miles on the bulge of West Africa, the British had taken the Gambia River and a sliver of land either side with a capital at Bathurst, now Banjul. When the French territories gained independence in the early ’60s, Senegal was left with an English-speaking strip dividing it for nearly 500km inland.

Since then, this smallest country in Africa — a third the size of Lesotho — has had just two presidents. Dawda Jawara took over at independence in 1965 and was ousted in a coup 22 years ago by Lieutenant Yahya Jammeh who leads one of the most repressive regimes in Africa.

Elections are dubious, media is under state control, torture widespread, gays and lesbians can be jailed for life and, as in Zimbabwe, the intelligence service (more a secret police) is part of the president’s office.

In the columns of Africans trying to enter Europe, among those from Eritrea, Nigeria, and Djibouti, there are plenty of Gambians.

So how did this country, in 2002, become part of the ICC? Simple. As with Burundi, Djibouti, Venezuela and other places where human rights mean the right of the president to do as he likes, they simply asked to join. No scrutiny, or expulsion when they erred.

Technically, Kim Jong-un or the Saudis could sign up, then carry on abusing their people.

So what about al-Bashir of Sudan? Sudan is not a member, but the genocide in Darfur was referred by the Security Council to prosecutors at the ICC and they issued an arrest warrant that member states including South Africa, Uganda and the DRC have refused to honour.

Even so, Amnesty International’s director for Africa, Netsanet Belay, believes it’s a tragedy that so many states have announced their withdrawal.

“For many Africans the ICC presents the only avenue for justice for the crimes they have suffered,” he said.

In short, it “is a blow to millions of victims around the world”.

The court has been going since 2002 and in 14 years these “millions of victims” have had millions of words written about their plight, but there have been just eight successful prosecutions.

Burundi is in low-scale civil war; forces allegedly loyal to Pierre Nkurunziza are reported to have killed hundreds if not thousands and the Hague can’t blow a raspberry.

Gambia is a de facto one-party state, much of the population has fled, and although regional African bodies have ruled against the abuse of President Jammeh, he simply ignores their pleas.

After an attempted coup in 2014, thousands of suspects remain in detention, reports of torture are rife, journalists and opposition leaders have been jailed or murdered and, as usual, the African Union seems deaf. Like Zimbabwe and Nigeria under the late Sani Abacha, Gambia has withdrawn from the Commonwealth.

Some say we no longer need the ICC because we now have the African Commission on Human and Peoples’ Rights. In a sickening irony, that body is based in the Gambian capital, Banjul.

Another serial abuser has not left the ICC, but remains a tale of horror.

Djibouti, the former French Somaliland on the Horn of Africa, has similarities to Gambia. Also just two presidents since independence in 1977: current leader Ismaïl Guelleh and his uncle who died in 1999.

When Guelleh tried to sue an exiled opposition leader last year via a court in London (where he lost), evidence emerged of how the first family owns or runs much of the economy.

The press, unions and the political process are under the heel of the state and at least one exile group in Paris says it plans to launch an action at the ICC, accusing the regime of torture and forced disappearance.

A year ago, police opened fire on a demonstration near the capital, Djibouti City, killing more than a dozen people (the opposition claims it was closer to 40) and, in April this year, Guelleh was re-elected with 87% of the vote.

Problem is, four of the Security Council’s five veto-wielding members — France, China, Russia and the US — have military stationed in Djibouti, which sits on a narrow strait linking the Indian Ocean to Suez.

So let’s say Guelleh goes against the current trend and stays in the ICC. What will happen?

The same as happened when President al Bashir set foot in Pretoria where membership meant the government was obliged to arrest him for transfer to The Hague.

For all its faults, the ANC has led the most liberal human rights agenda in Africa. Yes, Thabo Mbeki surpressed his own report that showed Zimbabwe’s 2002 election was a fraud. Yes, our government is silent on horrors like Eritrea or North Korea. But while they have often fought against court judgments, the ANC — including under Jacob Zuma — has not oppressed its people or tried to limit the robust talkback on Radio 702 and community stations.

But a few words on ICC members like Gambia or Djibouti might give hope to a foreign policy that, in human rights, is seriously short on cred.

Being in or out of the Rome Statute won’t change that. After all, the US, China and Russia have never joined.

The ICC is a grand idea and, given time, maybe it will bring hope to the “millions of victims” Amnesty so rightly defends.

But as Charles de Gaulle said, governments don’t have friends, only interests. And while the superpowers have bases in Djibouti, South Africa ignores warrants for war criminals and the continent’s own commission on human rights sits helplessly in Banjul, I have my doubts.

So is it all gloom? Outside the ICC, special courts were set up following the slaughter in Yugoslavia, Rwanda and Sierra Leone. Cambodians linked to the 1970s genocide went on trial nearly 40 years later. Some Nazi war criminals were arrested in their nineties.

The global appetite for justice, driven by ordinary citizens and especially those who have suffered, has gathered pace and, in the age of social media, its voice will not be silent.

This must be a worry for any tyrant, however limp the UN, AU or others who should be keeping us safe. Tragically, the good stuff happens in the aftermath and, as we saw in Rwanda and now in Syria, no one is willing to stop the carnage.

But because of the ICC and a mindset born from the Court’s idea of global justice, “crimes against humanity” are becoming just that: acts so bad that humankind is outraged.

That makes Africa and the world a better place for all. And, in or out of the ICC, it should give sleepless nights to the leaders of Gambia, Burundi and Djibouti. DM

Geoff Hill is an author who has written extensively on massacres in Rwanda, Somaliland, Biafra and Zimbabwe. Between 2011 and 2013 he served as vice president at the International Association of Genocide Scholars.