What’s mine is mine: How the Bapo Ba Mogale got robbed of R800 million 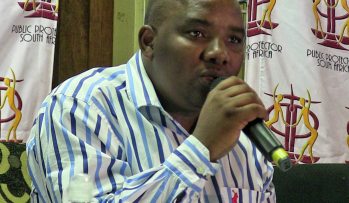 In the town of Bapong in North West, a web of deceit, corruption and violent intimidation has enriched three men at the expense of 40,000 (mostly unemployed) members of the community. In late September the violence reached new levels, with the town descending for a few days into a state of all-out urban conflict. Why did the local police, the traditional council and the provincial government appear to either look away or actively take sides? Given that Bapong is on Marikana land, what part did mining company Lonmin play? Most urgently, what was the role and mandate of those seemingly untouchable ‘three men’? An investigative feature by KEVIN BLOOM.