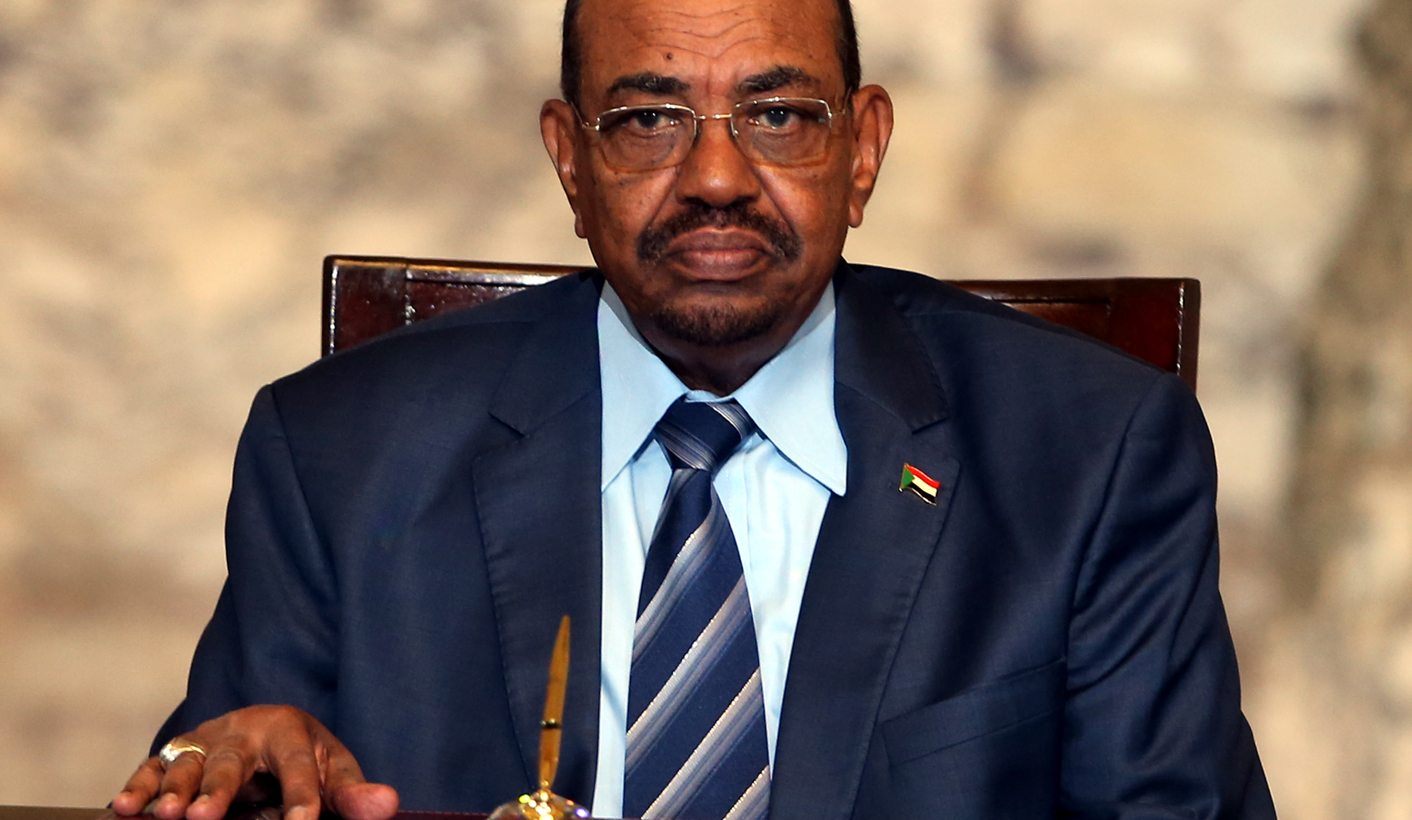 The discrepancy between fact and fiction in Sudan is perhaps most evident in the government-led National Dialogue. Initiated on October 10, 2015, the National Dialogue is intended as a forum to resolve the country’s numerous social, economic, and political issues. The reality, however, is another thing. By JOHN HURSH.

There are two Sudans: one real and one imagined.

In the imaginary Sudan, President Omar al-Bashir’s government is leading a meaningful National Dialogue that will address grievances, reconcile differences, and eventually lead to a democratic state. In this fictitious Sudan, the Sudan Armed Forces fight a just war against unappeasable rebels in the country’s south, while instability and violent conflict are largely a thing of the past in Darfur.

In the real Sudan, President Bashir’s ineffectual but carefully orchestrated National Dialogue does little to end the country’s conflicts or contribute to a lasting peace. At the same time, state violence – including the likely use of chemical weapons – continues to destroy lives and communities, particularly within the conflict areas of Darfur, South Kordofan, and Blue Nile.

The discrepancy between fact and fiction is perhaps most evident in the government-led National Dialogue. Initiated on October 10, 2015, the National Dialogue is intended as a forum to resolve the country’s numerous social, economic, and political issues.

Earlier in October, the General Conference of the National Dialogue concluded by issuing a National Document, which President Bashir stated will serve as a basis for drafting a permanent constitution. However, just like the initial National Dialogue held in October 2015, this conference failed to include key members of the political and armed opposition.

Most opposition leaders boycotted the event, finding it disingenuous. For example, the influential National Umma Party characterised the conference as “mere play” and reiterated that dialogue must start by stopping the war, delivering humanitarian assistance, and coming together in a forum that is not controlled by a single party.

Substantively, the National Document provides little clarity on how the government will implement the broad principles it enumerates. Perhaps most alarmingly, after the closing of the conference, President Bashir stated that those who do not endorse the dialogue’s recommendations “stand against the Sudanese people”.

This divisive rhetoric comes after the US State Department encouraged the Government of Sudan to engage with the opposition in “an inclusive dialogue process” and warned that ending the dialogue could impede negotiations of cessation of hostilities and derail the AUHIP Roadmap: the framework agreement for peace outlined by former South African President Thabo Mbeki and African Union (AU) mediators.

Similarly, the difference between the government’s depiction of Sudan’s conflict areas and the reporting of human rights and humanitarian organisations is immense. In the months and weeks preceding the National Dialogue Conference, numerous human rights groups published reports detailing ongoing human rights abuses and serious violations of international law throughout Sudan.

In the south, the conflicts in South Kordofan and Blue Nile entered year five. These often-underreported conflicts are marked by aerial bombardments targeting civilian areas without a legitimate military objective and the use of inherently indiscriminate weapons such as cluster munitions. Coupled with the government’s denial of humanitarian access since these conflicts began, the Bashir regime has made gross violations of human rights a daily experience for the people of South Kordofan and Blue Nile.

In Darfur, violence and instability continue, as the conflict enters year 13. Reports of murder, rape, and looting have become all too familiar, particularly around Jebel Marra, where fighting between the Sudan Armed Forces and the Abdul Wahid faction of the Sudan Liberation Movement/Army led to the displacement of 158,000 people between January and July 2016.

In September, Amnesty International published a report alleging the Sudan government’s use of chemical weapons in Jebel Marra, which may have killed as many as 250 people. Although the government denied these allegations, the EU Parliament, as well as the French and UK governments, have called for an international investigation. The UN Undersecretary for Peacekeeping Operations has also called on Sudan to co-operate with international investigators, but noted that the joint UN-AUpeacekeeping mission in Darfur (UNAMID) is denied access to the region where these attacks allegedly occurred.

Once an international issue of great concern, Darfur has largely receded from public thought. But this absence does not mean the violence has stopped or the suffering has ended. As Amnesty’s Tirana Hassan states: “[Darfur] has been stuck in a catastrophic cycle of violence for more than 13 years. Nothing has changed except that the world has stopped watching.”

Because the world has stopped watching, the imagined Sudan has taken on a veneer of legitimacy as the regime continues to blame external forces for the country’s present state. Indeed, an important commonality between the government’s ineffectual and self-serving “National Monologue” and its continued attacks on civilians is a lack of external pressure from influential countries, regional entities, or international organisations forcing the government to act differently. Thus, despite its continued human rights abuses and serious violations of international law, the Sudan government has largely avoided strong censure from the US, UK, or EU, possibly because of Sudan’s purported assistance on counterterrorism intelligence and irregular migration.

Likewise, staunch support from the Russian government at the UN Security Council has impeded UN efforts to improve security and strengthen human rights. Untroubled by its atrocious human rights record, the Bashir regime has little incentive to pursue peace and, conversely, mediators have little leverage when engaging with regime officials.

One remaining policy option is the imposition of significant financial pressures targeting the regime’s elite and their commercial interests. While human rights abuses may not worry this government, financial pressure and a weak Sudanese economy make the regime susceptible to diplomatic action. If regime elites are effectively shut out of the global financial system, mediators would regain leverage and could force Khartoum to compromise with the opposition.

For this strategy to succeed, US leadership is crucial. Although nearing the end of its term, the Obama Administration, working with the Treasury and State Department, could modernise existing sanctions and use anti-money laundering tools to pressure the regime towards meaningful negotiation with the opposition. Modernised sanctions could include the increased targeting of individuals and entities benefiting from corrupt activities as well as government officials and commercial actors tied to economic sectors that contribute to violence and insecurity, such as the weapons and gold industry. On the anti-money laundering side, the Treasury Department could issue an Advisory targeting patterns of money laundering from the proceeds of corruption.

The Sudan government’s alleged use of chemical weapons on its own citizens has refocused international attention to the enduring brutality of the Bashir regime. It is well past time to pursue a strategy that can help bring real peace to Sudan. DM

John Hursh is a Policy Analyst at the Enough Project.