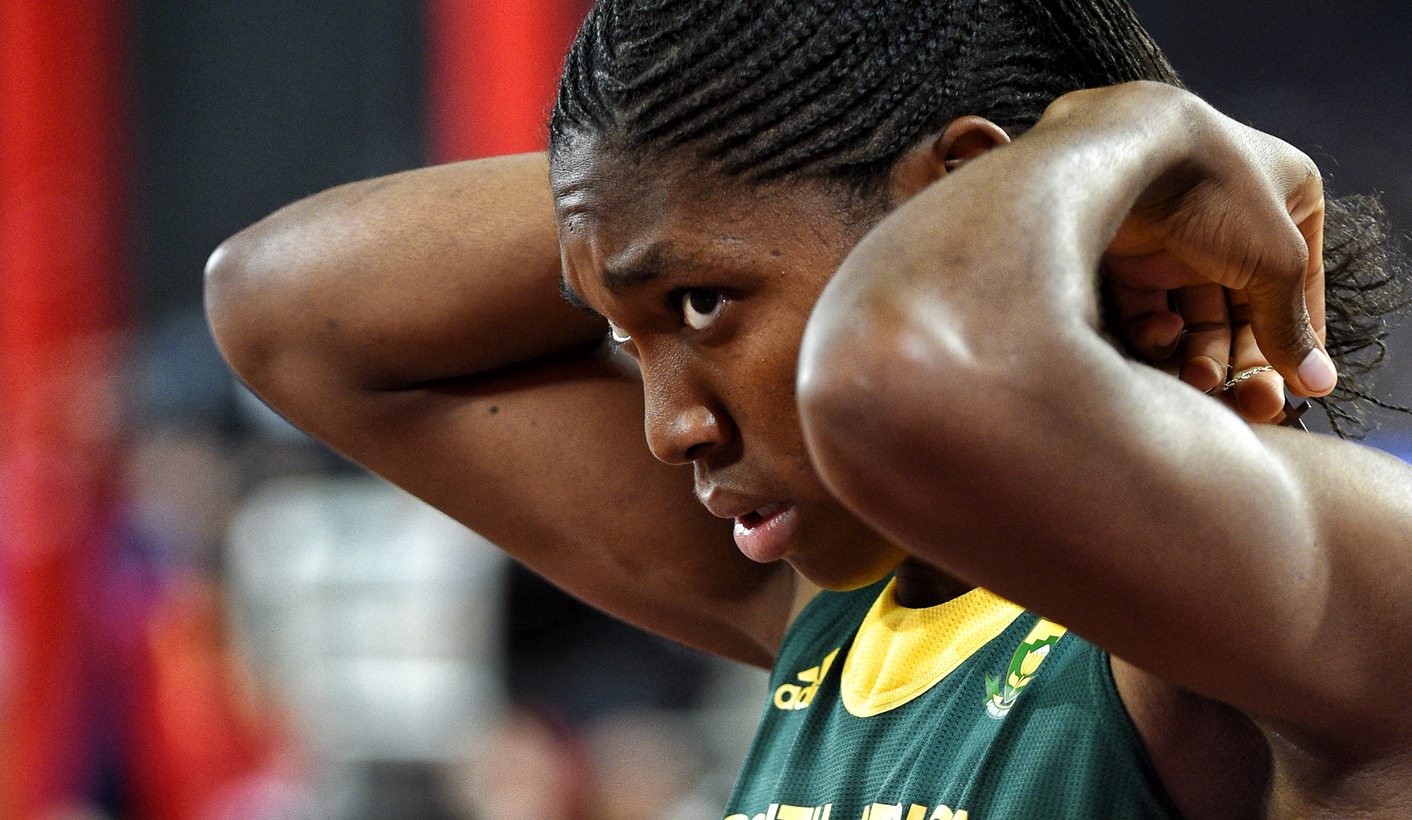 Photo: Caster Semenya of South Africa reacts during the women's 800m semi finals of the Beijing 2015 IAAF World Championships at the National Stadium

In debunking the politics of gender and oppression as a reflection of broader systemic violence within society; it is imperative not to privilege one oppression over another. By MANDIPA NDLOVU and FARANAAZ VRAAGOM.

When one engages with #FeesMustFall (FMF) as a body located outside of the movement; one is rarely ever confronted with the question of gender from an intersectional standpoint. In debunking the politics of gender and oppression as a reflection of broader systemic violence within society; it is imperative not to privilege one oppression over another.

Illustrative of this, in a recent article in the Mail and Guardian, Carl Collison cites and dissects cases of oppression of non-cisgender and gender non-conforming bodies within the discourse of the movement. Rightly so, Collison discusses the gross injustices and lack of recognition of the struggles of LGBTQQIAAP bodies in movements such as FMF.

This is true also for its predecessor Rhodes Must Fall (RMF) which came into existence at the University of Cape Town in 2015 as a protest movement directed against the colonial symbolism still visible on the campus.

The Cecil John Rhodes statue overlooked the Cape Flats from its vantage point and was seen as a symbol of reinforcing white supremacy and further compounding Black pain. This was initially the main focus of the movement. It was built on the principles of Black Consciousness and intersectionality that attempted to disrupt multiple systems of oppression that Black people are faced with daily. Class, race and gender, in mirroring the very challenges with intersectional engagement; soon became the main lenses through which selected oppressions were being addressed, and other forms of oppression were being silenced.

This caused divisions within the movement as those individuals who identified as queer, transgender or gender non-conforming felt alienated and marginalised. In reaction to this silencing, a countermovement, Patriarchy Must Fall (PMF), was started to raise awareness of the inherent sexism and patriarchy within RMF. According to PMF, the RMF movement perpetuated the same injustices and oppressions they claimed to have been fighting against: exclusion, marginalisation and silencing of voices. In the process of fighting against oppression; some of the RMF members themselves symbolised the face of the oppressor.

Though the struggle of these bodies should be recognised within this space, it remains worrisome when a non-protesting, non-cisgender body is not awarded the same freedoms of speech as cisgender bodies outside the space. The oppression of non-cisgender and non-heteronormative conforming bodies continues to exist within a homogenised space. The homogenisation of the oppressed narrative is encapsulated by the oppressed bodies themselves. Consequently, it becomes difficult for non-protesting, non-cisgender bodies outside of the endorsed narrative to voice an opposing opinion.

Though crass in delivery, the views expressed by Olympic gold medallist Caster Semenya in an interview with the Sowetan show just that:

“This #FeesMustFall thing, I don’t want to be like I’m judgmental… but for me it is quite disturbing because, at the end of the day, when you go out there and you skip classes and do all those crazy stuff people are doing, you’re wasting your time,” Semenya said.

The retaliation to Semenya’s comments revealed an implicit gender intolerance within the façade of a neoliberal Constitution in South Africa. The attacks on Semenya’s opinions are based on her non-cisgender body rather than the statement itself. The bone of contention should not be with the body; rather with the idea that the body expresses. Society, however, remains dormant in the confines of surface level patriarchal engagement in rejecting stereotypically based reactions to issues that hold no resemblance to the intersected identity being referred to at the time.

Culturally embedded societal biases which embody and subsequently impede on critical engagements will forever be challenged by any narrative or embodiment ulterior to heteronormativity. This leaves such bodies incapable of practising intersectionality in viewing people as separate from their various identities (in this case, sexual orientation) to their intellectual capacity.

As the darling of South Africa at the Rio 2016 Olympics, Semenya was praised for her efforts because she was on the right side of the popular discourse both with those who are cisgender and non-cisgender alike. However, when she did not identify with the mainstream narrative of the sentiments of the FMF movement, she was attacked based on her non-cisgender conforming body rather than on an intellectual level based on the comments she put forward.

Could it thus be that in defending oppressions derived from socio-economic inequality – which the FMF movement speaks to – we are perpetuating the systemic violence placed on those who are not readable as cisgender conforming? In critiquing oppression, it is important to understand who we are critiquing and why. Are we critiquing the stereotyped body or the relevant intersection found within the existence of the body? Whatever the case, it is imperative that society learns to demystify stereotypes associated with the normative by engaging with the concept of intersectionality in abandoning their own cognitive biases. DM

Mandipa Ndlovu and Faranaaz Vraagom are volunteer interns at the Institute for Justice and Reconciliation (IJR) under the Building an Inclusive Society Programme. Ndlovu is a Bachelor of Social Science (Honours) candidate for the specialisation in Justice and Transformation at UCT and Vraagom is a Master of Arts candidate for the specialisation in Anthropology at UCT.