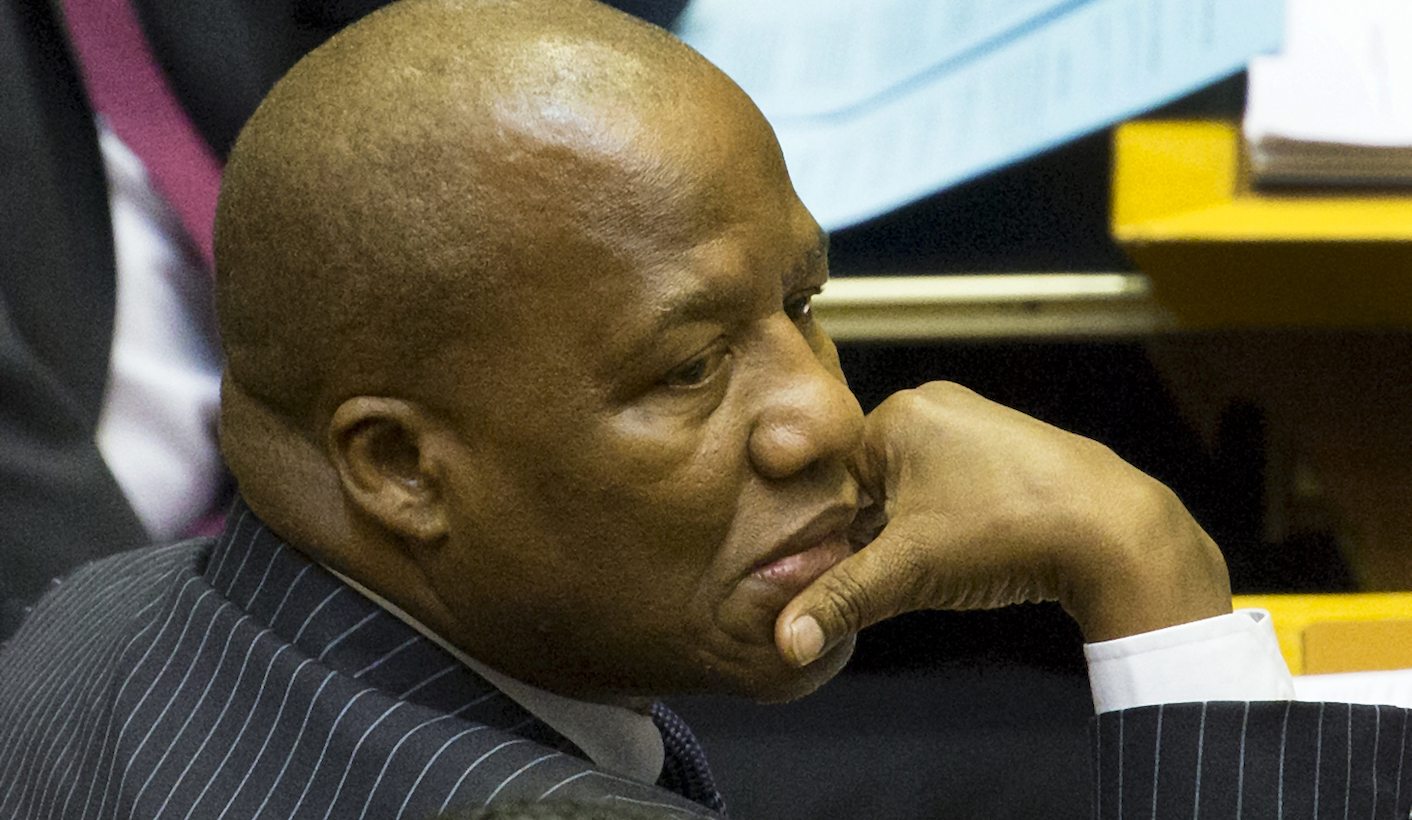 The months since the local elections have proved more tumultuous than almost anyone could have predicted. In a two-month period, the ANC has lost control of three metros and many other councils, seen the Public Protector's report on State Capture become a focus of attention, watched ‘that wonderful person called Hlaudi’ create chaos at the SABC and observed the decision to charge Finance Minister Pravin Gordhan with fraud. In the meantime, pressing social issues have bubbled up, as students in higher education facilities realise that no one in government is going to provide real leadership in an attempt to solve problems. It seems, by and large, that we do not have a functioning government. We are in for a messy time ahead. But it is also an important moment. Because we are witnessing nothing less than the end of post-Apartheid politics. By STEPHEN GROOTES.

On Sunday City Press published an interview with the ANC’s Chief Whip, Jackson Mthembu, in which he explains how he believes the entire National Executive Committee of the ANC should step down. To clarify the magnitude of this statement, Mthembu is essentially suggesting President Jacob Zuma himself should leave office and take everyone around him with him. Mthembu asks the question, “Are we fit to govern?” Bear in mind the importance of this moment; Mthembu is the man who leads the ANC’s MPs at a time when the Democratic Alliance is again plotting another parliamentary bid to impeach Zuma.

Importantly, it would seem unlikely at this point that anyone in the ANC will take action against Mthembu. Just as no one has taken action against Deputy President Cyril Ramaphosa for his public statement of support for Gordhan last weekend. This is a series of events that would have been impossible during the Mbeki presidency. The reason is not the personalities involved, but that the centre of the ANC is no longer holding. No one person can get what they want and make it stick. If this were not the case, we would not have the current stalemate around Gordhan, where Zuma has not fired him.

This is completely indicative of the mess and paralysis currently gripping the ANC. No one can move, the centre is non-existent. The party cannot even make stick a simple instruction to Communications Minister Faith Muthambi to “fire, or immediately suspend the remaining members of the SABC board”.

The result of this is that there is no governance.

This week, Zuma added four more ministers to the Inter-Ministerial Task Team on Higher Education. This task team now has twelve ministers. But nowhere has it been explained how the Ministers of Justice, Home Affairs, Police, State Security, Human Settlements, Justice and Defence will help find a solution. Why are they there then? Is it to make sure that Gordhan doesn’t actually find a solution himself and take the credit? Or is it simply to muddy the waters sufficiently to ensure that no solution is found? Even if that is not the aim, that is what will now happen.

Without a functioning government, problems needing solutions can get shifted downward, to the next body seen by society as responsible. In the case of the students, this has put the pressure, completely unfairly, on people like Adam Habib, Max Price and their vice-chancellor colleagues. The same is beginning to happen in the practice of law. Last week former ANC Treasurer Mathews Phosa called on the General Council of the Bar to investigate whether Advocate Shaun Abrahams was still fit and proper to be an advocate, after his decision to charge Gordhan with fraud.

This is a hot potato of the highest order. And an example of the kind of thing that we can now expect. Bodies that sit below government, be they professional bodies like the General Council of the Bar, or other entities, such as even the Advertising Standards Authority or the Press Ombudsman, can now expect to feel more pressure. This as people turn to these, as they already do to the court, to resolve disputes that should be resolved politically, but currently cannot be done.

Responsibility is now being devolved downward. But the people further down that stream don’t have the authority (as in the case of Vice-Chancellors) to resolve the dispute. The result will be chaos.

We are now living through the end of what historians may one day call the ‘post-Apartheid era’. That’s not to say the historical legacy of Apartheid has been done away with. A ten- minute drive from the lobby of The Michelangelo in Sandton to London Road in Alexandra can demonstrate that.

But as Apartheid dominated the daily lives of all of us for so long, it would be foolish to suggest that it would not dominate the post-Apartheid politics of the country as well. This it has done. The ANC has been the dominant political party precisely because it was the dominant liberation movement. The DA was once a predominantly white party. No longer. Now, our society, particularly the middle classes that tend to produce political leaders, has changed.

This means we can now expect a shift towards a different type of politics. Apartheid, and the struggle against it, will still be an important factor. Someone is bound to try to get votes by being the ANC, or at least a version of it, for decades to come. And race will still be a significant part of our politics, if only because it is a significant part of our economy.

Class is likely to become more important than it currently is. Identity will always matter as it does in the UK, and as Donald Trump has shown it to still be important in the US. But policy will start slowly enter the fray as well. Our politics could start to become more ‘normal’, and less ‘exceptional’, than now.

This shift was never gong to be easy. Mess was always on the agenda. The break-up of a dominant force, in power for structural reasons, is not something that happens easily and with no creative destruction.

That said, one should not be too worried about the future. Since the August polls, no one has felt the need to ask a question that used to be posed all the time: “Would the ANC give up power peacefully?”

It did in August, and is now in no state to try to hold on to power through illegal or undemocratic means. That element of menace has started to disappear quite quickly. This is because the election results were accepted and the Electoral Commission itself showed our system of polls is very, very difficult to manipulate.

The other plus, and it’s a huge plus, is that that most vital of institutions, the judiciary, is still functioning, and is respected. While there can be fights about whether rulings have been accepted and carried out, by and large, any large-scale disrespect shown to the bench could see a party losing more support at the polls. This is because most people respect the Constitution, and see it as the foundation of our society. This is an important building block, because it gives our society something to anchor it.

It is going to be a rough ride. There will be moments when it looks scary. But it is unlikely that our politics is ever going to reach the stage that it did in the late 80s and early 90s, when organised violence was used on a large-scale to settle disputes. Instead, it is going to be wars of words, in which the deciders will be the voters. In other words, a democracy. DM