Review: Annie – We think you’re gonna like it here 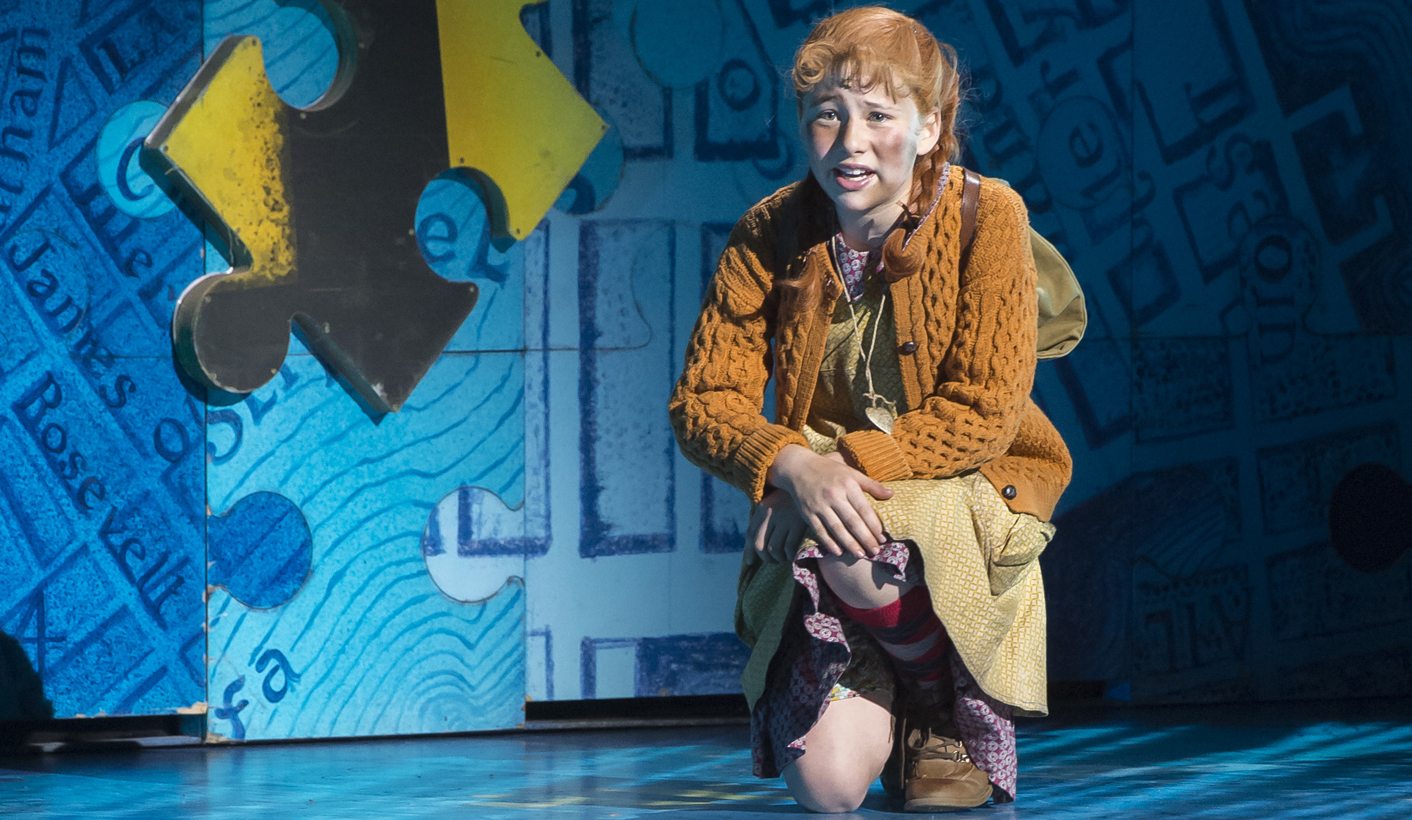 Lovely costumes and great scenery are a big part of the magic at ‘Annie’, a fun and feel-good family show. By LESLEY STONES.

Sit near the front if you’re going to watch Annie, to absorb the fine detail of the props and clever stage set, as well as the gorgeously rich tapestry of costumes – even though many of them are designed to look poor. The lighting is also excellent, adding to the overall flawless production.

With a show like this you know what to expect, and you’re getting a very good version of it.

Annie was first staged 40 years ago, and the version now playing with a local cast at Montecasino holds true to the original. It’s set during the American Depression in the 1930s, when young orphan Annie is living a life of drudgery. The plucky little kid tries to escape to find her parents, but is returned to the clutches of the drunken Miss Hannigan, keeper of the orphanage. Annie’s luck changes when she is chosen to spend Christmas at the home of a billionaire, Oliver Warbucks, who inadvertently stirs up greed and confusion by offering a reward if Annie’s parents come forward.

Three different girls alternate in playing the demanding role of Annie, and Lilla Fleischmann took the limelight on the night I saw the show. She’s great, with a childish charm, yet a powerful voice and stage presence, which endeared her to the audience.

The plot by Thomas Meehan was developed around the popular comic strip Little Orphan Annie by Harold Gray that ran for decades in the New York Daily News. The idea to turn it into a show came from lyricist Martin Charnin, who brought Meehan in to develop the story and Charles Strouse to compose the music.

The fact that the show was inspired by a social commentary cartoon strip leaves the plot thick with politics and economics. So almost like a pantomime it runs on one level that will speak to the adults while the kids enjoy Annie’s triumph over adversity.

But for me the best scenes are those when the kids disappear and the sleazy Rooster (Stephen Jubber) and Lily (Delray Halgryn) louche their way onto stage.

They’re fabulous, playing a couple of down-and-out con artists with some lovely dance routines and a levity and irreverence that lighten up the inevitable path towards hope conquering hardship.

The small live orchestra led by Bryan Schimmel was occasionally too loud to pick up all the lyrics, and with my ears not being attuned to the high-pitched tones of kids, some of the orphan’s words were also lost. But no matter. You could hear all the words of ‘Tomorrow’, and that’s the only song that really matters in Annie anyway.

It’s not my kind of show, but if you like kids and dogs, you’ll love it. DM

Annie runs at Montecasino’s Teatro Theatre until 27 November, then moves to Cape Town Artscape from 2 December to 8 January 2017.