Op-Ed: Leaving the ICC, going over to the dark side 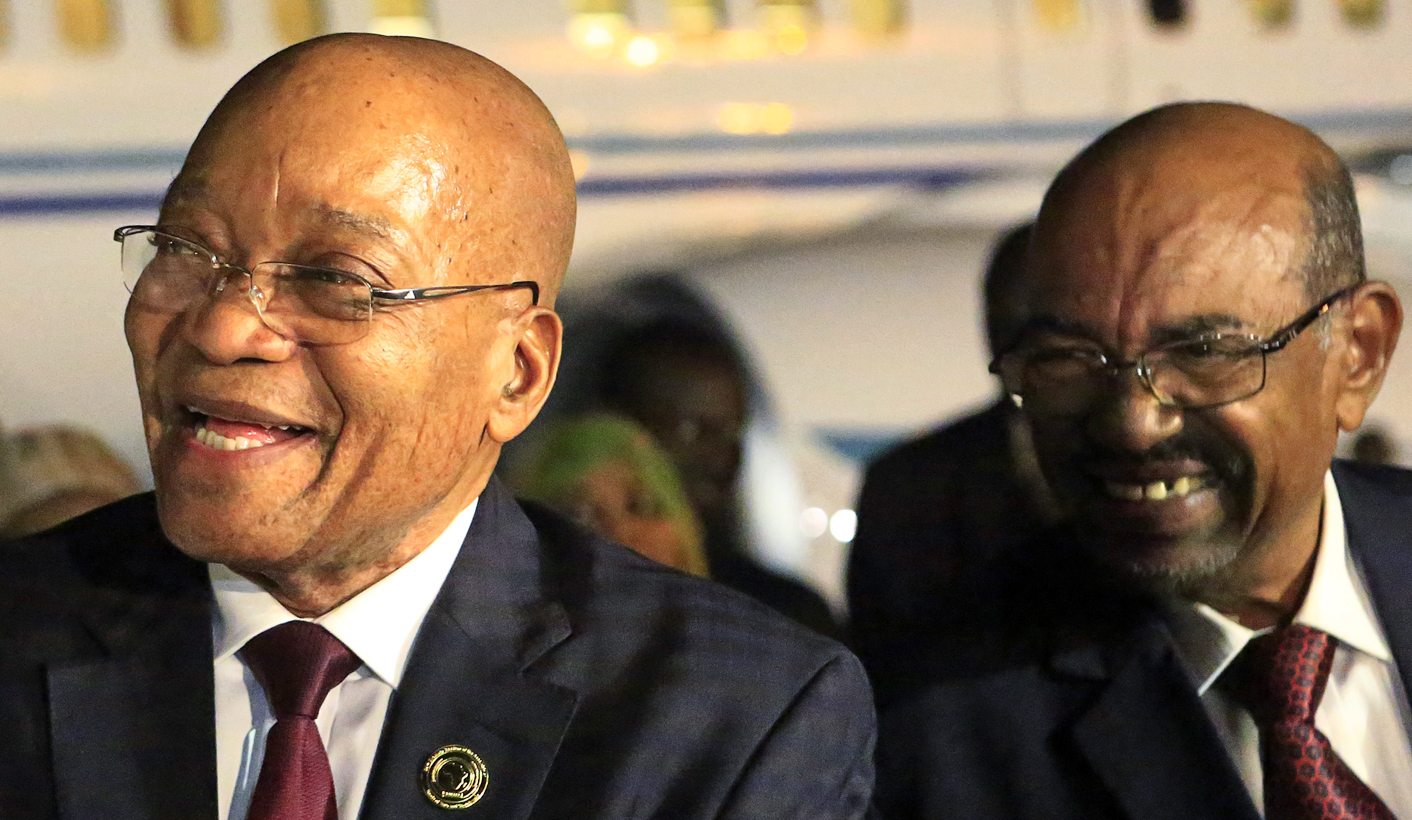 Having been well-advised that government is likely to lose its final appeal in the al-Bashir affair, cabinet has announced that it would prefer to leave the International Criminal Court’s jurisdiction than to be prevented from consorting with his ilk in the future. By PAUL HOFFMAN.

South Africa’s decision to leave the ICC is a ploy also intended to soften the blow to the image of the governing alliance as one which has no regard for the rule of law and the orders of the High Court. There is also the not so small matter of the public perception of yet more evidence of further disregard for human rights and lawless behaviour on the part of government that is likely after another loss in litigation taken to the Constitutional Court.

A further tongue lashing from the Chief Justice is a sure-fire vote loser.

The announced plan to achieve the exit from the Rome Statute for the purpose of escaping the jurisdiction of the ICC is no easy matter and will take years to accomplish, if it can be accomplished at all.

This has been done in the case of the Rome Statute, which is why the High Court was so quick to order the detention of Sudanese President Omar al-Bashir when he came to Johannesburg to attend a conference at the invitation of President Zuma. It was not to be: despite due service of the court order preventing his departure, al-Bashir was spirited away while the legal representatives of government played out a pantomime in the court until the jet carrying al-Bashir was safely on its way.

The significance of the enactment into law of international agreements is that to reverse the law it is necessary to persuade parliament to pass legislation which is aimed at duly and properly terminating the international obligations so solemnly undertaken.

Laws cannot be abandoned willy-nilly. The cabinet is going to have to persuade parliament that a legitimate purpose of government is served by its plan to withdraw from the Rome Statute and thereby side-step the warrants of arrest and other jurisdiction of the ICC.

The initial sugar coating on the announcement suggests that the efforts of the country aimed at peace-building in Africa are hamstrung by the country’s obligations under the Rome Statute. The argument goes that it is necessary to have dealings, both at home and abroad, with all manner of warring individuals who may be the subjects of warrants for their arrest and that this has a dampening effect on the all-important peace building efforts in which the country chooses to involve itself.

There is a fundamental flaw in this argument that needs to be fully ventilated before too much time and too many resources are wasted on the plan to withdraw the country’s participation in the Rome Statute.

Here’s the thing: it is a cornerstone of our new constitutional order that the enjoyment of human rights and freedoms be accorded priority in the affairs of state. The Bill of Rights enjoins the state to respect, protect, promote and fulfil human rights, as set out in great detail in its provisions.

These human rights have to be treated alike whether at home or abroad. They certainly include the rights to life, dignity, bodily and psychological integrity and freedom from torture. The orphans of Darfur, the victims of genocide, the survivors of torture, the murdered men and the raped women whose villages have been pillaged are all victims of the type of human rights abuses that our Constitution seeks to put a stop to in no uncertain terms.

The cabinet members have all sworn a solemn oath of office to uphold the Constitution. Peace-building in collaboration with mass murderers is not an objective of our new order. On the contrary, SA aims to take its rightful place as a sovereign state in the family of nations.

Consorting with international criminals or those suspected of crimes against humanity is no way to go about building a human rights culture either at home or elsewhere. The obligation to respect, protect, promote and fulfil human rights is violated by the plan to sup with the devils who abuse human rights on our continent.

The Constitution itself says that law or conduct that is inconsistent with it is invalid. Conversely, the obligations imposed by the Constitution must be fulfilled.

The law withdrawing from the Rome Statute is bound to be inconsistent with the obligation of the state to protect human rights. As a law to do so is the only way in which to escape the obligations imposed by the Rome Statute the cabinet finds itself in a cleft stick and ought to have a tough time persuading parliament to countenance the passage of such a law.

Even if the law is passed, it is a racing certainty that it will be challenged by the doughty SA Litigation Centre and others on the basis that a freedom loving and human rights promoting country like SA cannot remove itself from the Rome Statute simply because cabinet would like to be able to negotiate with war criminals or suspects for whom the ICC has issued international warrants of arrest.

It is fervently to be hoped that parliament will see through the perfidy involved in the scheme to withdraw from the Rome Statute and will resist the effort to do so by organising an appropriately broad-based public participation process in order to determine whether the people of SA would prefer to have their representatives bringing suspected human rights abusers to justice rather than being entertained during “peace building” efforts of the state.

This scheme is a replay of the dissolution of the Scorpions on an international scale.

No lessons appear to have been learned from that debacle. At least in the case of the Scorpions they were replaced by the Hawks and the effectiveness of the Hawks was repeatedly adjusted by the courts in order to give better effect to the need to respect, protect, promote and fulfil human rights as well as uphold international obligations to keep proper anti-corruption machinery of state.

In the case of abolition of the SA commitment to the Rome Statute nothing will be substituted and the on-going infringement of human rights, in the most horrific of ways, will continue while SA ineffectually wrings its hands and attempts to “peace build” with mass murderers.

The constitutional priority accorded to a culture of human rights will be substituted with a culture of impunity in respect of crimes against humanity, war crimes and genocide. Is that really what the nation wants?

It is shameful that SA should have come to this so soon after it embarked on its new constitutional path. Civil society and faith based organisations ought to bring pressure to bear on government to reconsider its illegal, unconstitutional, inhumane and hare-brained scheme.

The ICC is an important institution deserving of the support of our constitutional democracy under the rule of law. If it requires improvement, let SA be at the forefront of improving it. Membership of the ICC is preferable to nothing at all, which is what the cabinet plans for the country. DM

Paul Hoffman SC is a director of Accountability Now and the author of a forthcoming book “Confronting the Corrupt”, published by Tafelberg, due out in early November.