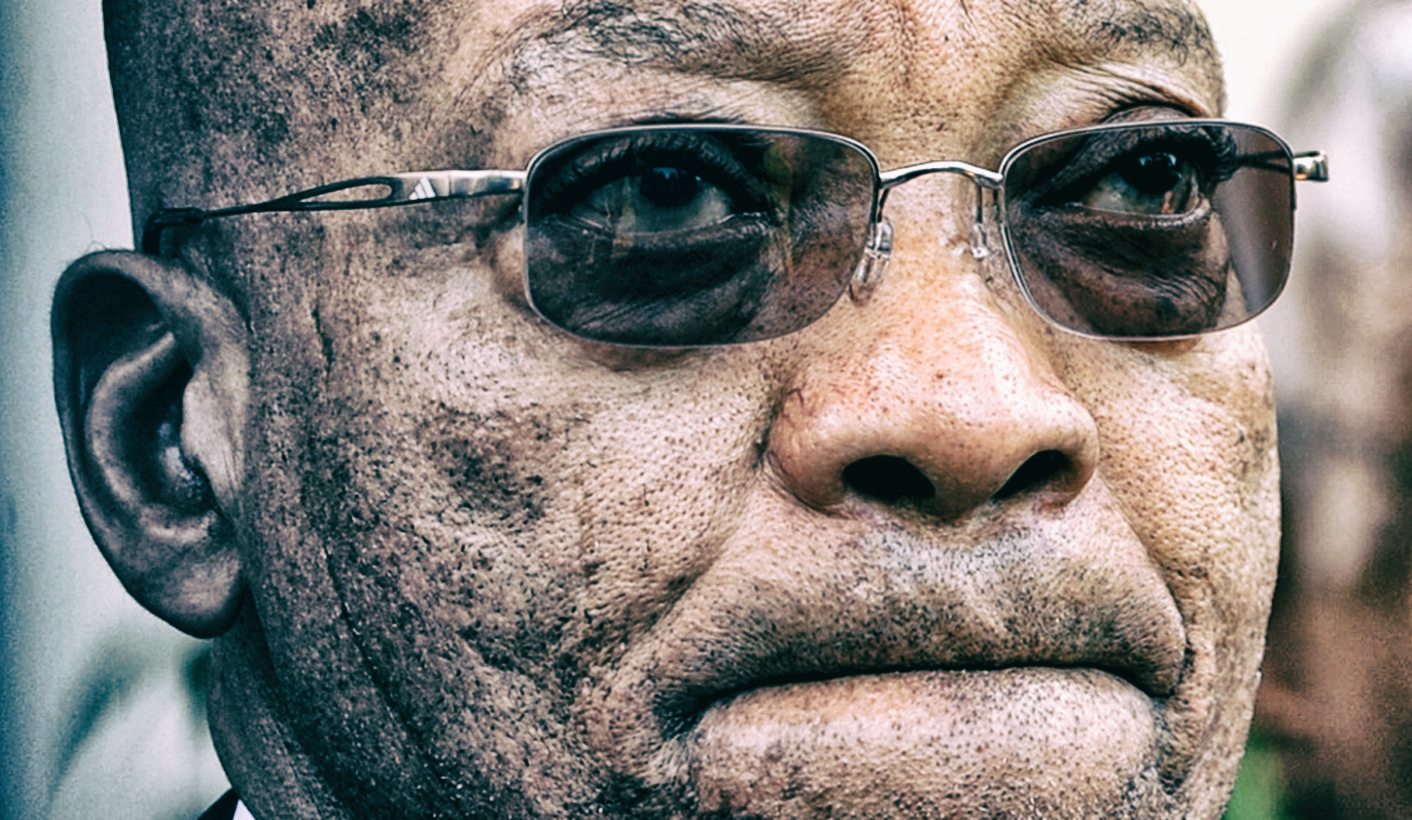 Government’s peremptory announcement that South Africa, likely the greatest human rights story of the late 20th century, will seek to withdraw from the ambit of the International Criminal Court, is another low in our journey of moral betrayal to the spirit of 1994. By WILMOT JAMES.

Apartheid’s replacement with a constitutional democracy was a monumental victory of justice over injustice, right over wrong, led at the time by Nelson Mandela’s African National Congress (ANC). The recent announcement by the government that South Africa intends to withdraw from the International Criminal Court (ICC) does not measure up to those ideals.

Though the betrayal does not start with the ANC’s 4th President Jacob Zuma, he has done more than any other leader to subvert the democratic project by compromising the proper functioning of our national institutions, undermining our economy’s job-creating potential by actively participating in widespread corruption and by abandoning our hardy and robust commitment to justice.

It is the betrayal of the democratic cause that has moved the first person – Finance Minister Pravin Gordhan – to seriously challenge Zuma from within ANC ranks. Arguably, Gordhan is the third most important member of the executive after the President and his Deputy, Cyril Ramaphosa. He has the qualities of personality that make for a strong, steady and progressive hand on the nation’s economic tiller, as he is an honest steward of our assets applied with consideration to economic growth and social justice.

In a good society Gordhan would universally be lauded as a champion. But here he is under attack by the rapacious warriors who seek to strip our assets like locusts descending in dark clouds upon our national fields to satisfy nothing more than their monumental collective hunger, not once, but in repeat cycles of greed.

I first met Gordhan in 1995, when he was an MP in the first democratic Parliament and a member of the Constitutional Committee of the Constitutional Assembly. He cut his teeth in the struggle, was jailed and banned and went underground for five years until his arrest in 1990 for his part in Operation Vula.

Gordhan became known as one of the two (the other one was the late Democratic Party’s Colin Eglin) most capable, fair-minded and solution-seeking chairpersons of what were difficult and complex negotiation sessions. He is a socialist of the old-fashioned variety, intellectually thoughtful, hardworking to a fault, efficient in getting the job done, simple in lifestyle to the point of being ascetic and shunning of excess of whatever kind. That is why, today, he uses one of the least expensive official cars, has minimal security and never abuses his authority.

The DA occasionally disagrees with Gordhan, as we must given his socialist inclinations, on issues of economic policy. But Gordhan is more than capable of having a rational debate on every issue we put to him and our robust exchanges in Parliament add, we believe as we believe he must too, to the quality of the eventual outcome. In the spirit of non-partisanship, we are convinced that there is no better person to lead our economy and rid society of the thieves who steal the nation’s future.

Though socialists believe that history is the unfolding the laws of the dialectic, Gordhan ironically is an illustration of the proposition that individuals make a difference in history. History is neither predetermined nor predestined. It is not moved by Gods or Goddesses, or, as the American historian Arthur M. Schlesinger Jr. put it in his Cycles of American History, by “the latter-day divinities of Race, Class, Nation, Progress, the Dialectic, the General Will, the Spirit of the Age” or in our case, Ubuntu.

FW de Klerk and Nelson Mandela led us out of the bondage of apartheid in a democratic direction. Gordhan is trying to lead the ANC away from the corrupt and self-serving path that Zuma, propelled by the party’s cadre-deployment and tender policies, has taken us. To succeed requires an overhaul of the ANC itself, an exercise too fraught to contemplate and too daunting to get right.

Then again, a realignment of our political parties has been spoken of, but all we have seen thus far are breakaways – the UDM, COPE and the EFF – that tend to peter out and not last. The opposition has not consolidated into a single force and the ANC seems more resilient than most people think. But Gordhan’s move, joined now by Derek Hanekom, Aaron Motsoaledi, Cyril Ramaphosa and Jackson Mthembu, may be the first step in a process where a majority of MPs drawn from all parties occupy the middle of the political spectrum bound together by democratic and social justice commitments.

This is a noble journey in the direction of democratic renewal. It is time that all good democrats who should come together, came together.

The rule of law means the independence of anyone making decisions of a judicial character, including the decision to prosecute.

It means that the Executive must never seek to influence particular judicial decisions.

It means that the Minister of Justice must defend judicial independence at every turn.

It means the judiciary must be independent of public and parliamentary opinion, the media, political parties, pressure groups and vested interests of any kind, distant from any consideration other than the legal and factual merits of the case at hand.

It means that anyone involved in making a judicial decision must be open-minded, impartial, fair and motivated by considerations of justice in the review of the facts, actively neutralizing all matters extraneous to the merits of the case.

The National Prosecuting Authority’s (NPA) Shaun Abrahams has violated these fundamental requirements of the rule of law. By not reintroducing the 783 counts of alleged corruption, fraud, money laundering and racketeering against Zuma after the Gauteng High Court found that their withdrawal was irrational, he failed in the judicial duty of his office.

Instead, Abrahams charged Gordhan with fraud for authorizing a pension pay out of R1.1 million for the former deputy commissioner of the South African Revenue Service (SARS). This will be tested in a Pretoria court on 2 November. It will be a test of the credibility of NPA’s prosecutorial judicial depth.

Abroad, we must hasten to restore our rightful place in the world today. International Relations and Cooperation (DIRCO) Minister Maite Nkoana-Mashabane, in an act capricious and brazen even by her standards, gave notice to the UN of our withdrawal from the International Criminal Court (ICC). The decision we believe is unconstitutional, irrational and procedurally flawed.

Nkoana-Mashabane does not have the authority to cancel an international agreement, Parliament does.

This extraordinary conduct of Nkoana-Mashabane, no doubt at Zuma’s behest, is long in the making. In an Al Jazeera interview, she confessed to having a “hole in her head”. Hilary Clinton or Donald Trump’s effect on US-SA relations she referred to her granddaughter for an answer. As for the British vote to leave the European Union she was at a loss: “Brexit? We don’t know about it. We saw it on television. We heard it will impact negatively on trade and foreign relations, but we haven’t seen any evidence of that.”

As for Justice Minister Michael Masutha, he has not once come out in defence of judicial independence, he has not rebuked the NPA’s Abrahams for being President Zuma’s hitman and he has brought great shame to the nation for defending our withdrawal from the ICC on purely political grounds, aiding and abetting his government’s jettisoning of democratic respectability.

Indeed, Masutha should forcefully be on the side of the rule of law, fairness and real justice in how our nation’s treats Pravin Gordhan’s and his efforts to fight corruption in our land. DM