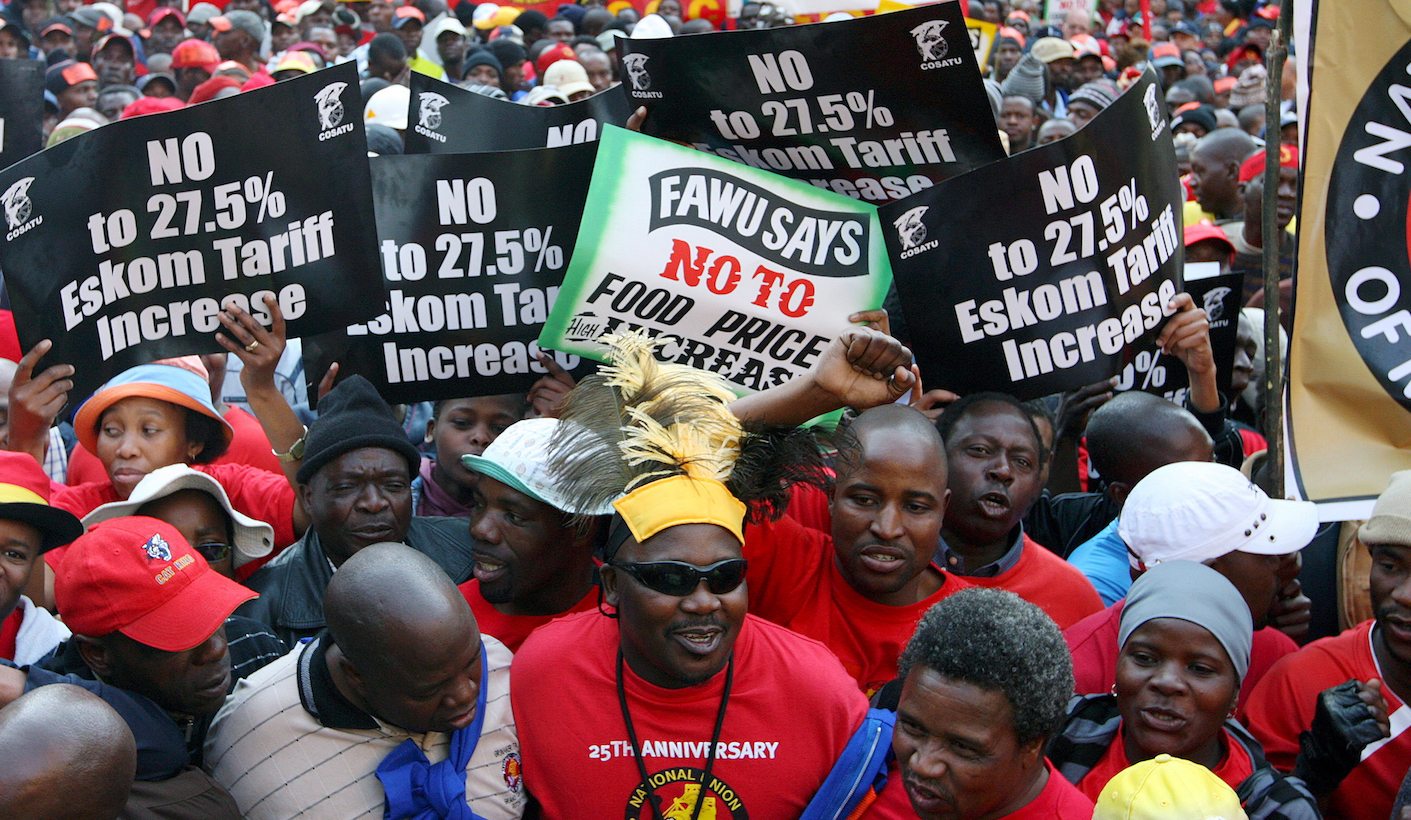 You know the story. You go to the supermarket and come out with less than expected, having paid more than you had budgeted for. Food inflation has risen rapidly over the past year, fuelled by the drought, a weak rand and, some say, market manipulation by retailers.

A 25kg bag of maize meal – South Africa’s staple food – has increased by almost a third in the past year, now costing R225,82. Meanwhile, onions cost 75% more and potatoes 70% more than a year ago.

“The prices really get your heart beating. All of the big things have gone up,” a woman told the Pietermaritzburg Agency for Community Social Action (PACSA), which monitors the cost of food.

Speaking in a focus group, women said that because of high prices, they prioritised food that filled them up – maize meal, flour, rice, sugar and oil – and cut back on meat, vegetables and dairy. “We make maize meal porridge for breakfast and uphuthu (stiff pap) for lunch or dinner,” one explained.

PACSA tracks the cost of a basket of 36 basic foods, and found that the average annual increase was 15% – double the average wage increases, and more than double the increase of state pensions and child support grants.

A quarter of households report experiencing hunger with a further 28 percent at risk of going hungry.

It now costs R3,027 a month to feed a family of five with a nutritionally complete diet, according to PACSA. But the average monthly salary for unskilled workers in 2015 was R3,650 – which means that low-income households are unable to afford a balanced diet, let alone anything else.

“When you are buying your groceries you are also thinking about the child’s shoe that is broken, the pants that are ripped, and the jersey with a hole in it,” explained a woman living in Mpumuza near Pietermaritzburg.

The researchers warn that women are at greatest risk of damaging their health “because they absorb inflation in their bodies: they eat last and their plates are least diverse”.

Many South Africans are overweight because they are eating starchy carbohydrates almost exclusively. This puts them in danger of a range of Non-Communicable Diseases (NCDs) including hypertension, diabetes and strokes. NCDs are the leading cause of deaths for women aged between the ages of 45 and 64, yet many of these diseases can be prevented or managed by a nutritious diet.

Speaking at a World Food Day meeting last week, Jane Battersby, from the African Centre for Cities, explained that “the new manifestation of under-nutrition is obesity”, largely as a result of urbanisation and changing diet.

“Sub-Saharan Africa is the most rapidly urbanising region in the world,” said Battersby. “There is an urgent need to address the dietary patterns of the poor. The most rapid transition in diet in East Africa has been in households living under $2 a day.”

Speakers at the event were unanimous that there would never be food security while the supply of food was dominated by a handful of big companies.

The University of the Western Cape’s Dr Stephen Greenberg said food security could never be entrusted to corporations as they regard “food as a commodity not a social good”.

“Shoprite CEO Whitey Basson is paid R100-million a year, which is more than the total wages of 1 700 retail workers who get R4800 a month,” said Greenberg, who is from the Institute for Poverty, Land and Agrarian Studies (PLAAS). “It is the food company owners and shareholders, not consumers, who are the only beneficiaries of the economies of scale. What is missing is mass grassroots agency that can shift from seeing food as commodity to a social good necessary for survival.”

Imraahn Mukaddam, from the Consumer Action Network and the South African Food Sovereignty Campaign, said that food “has become a profit centre even more profitable than minerals”.

He accused the big food companies of driving up prices to shore up their profits to “mitigate the future shocks of climate change and instability in the maize price”.

“How do we empower communities to take up food as a political issue? How do we make growing food cool for young people?” he asked, saying that schools needed to teach young children about healthy eating.

Meanwhile, Dr Nicole Claasen, from North West University, said corporate influence was everywhere – as exhibitors at nutrition conferences, as sponsors of the Heart and Stroke Foundation. The country’s first set of Food-based Dietary Guidelines were even funded by the SA Sugar Association and the SA Meat Board, she said.

“The food industry also infiltrates the health and nutrition professions through sponsorships and invited collaboration to promote the healthiness of processed foods,” said Claasen.

Researcher Florian Kroll took a slightly different approach, challenging his academic colleagues to research how values are formed: “Food symbolises our identity. Maize is associated with African identity, while meat symbolises wealth and masculinity. Food has aspirational value and ‘Big Food’ has known this for a long time. Our internal environment is being used by big food… to promote hyper-processed foods and fizzy drinks.

“Research is needed on how values are formed, so we can tap into people’s agency.” DM