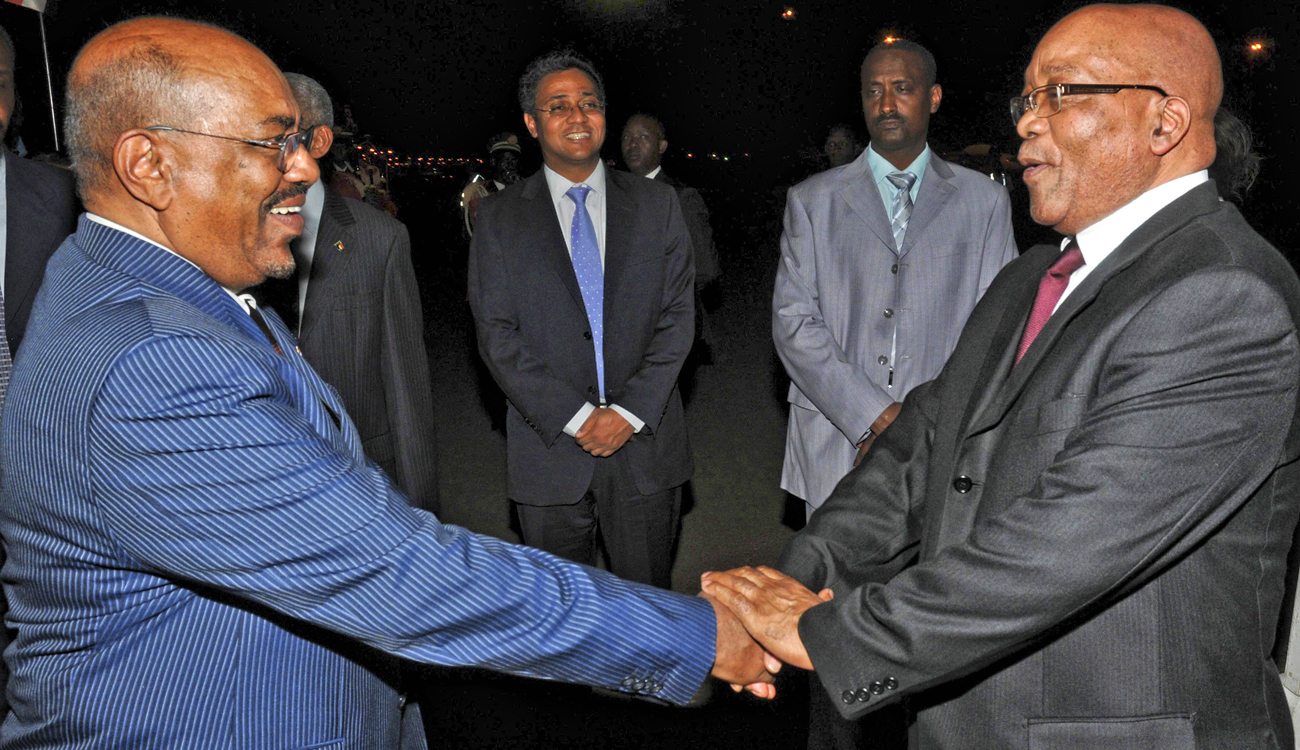 South Africa has begun the process of withdrawing from the International Criminal Court by notifying the United Nations on Thursday that it intended to revoke its ratification of the Rome Statute, which established the court, as a result of the court’s perceived biases against African nations. However, without parliamentary approval, it’s unclear if the government has the authority to unilaterally withdraw. By SIMON ALLISON.

South Africa has begun the process of exiting the International Criminal Court (ICC), the Daily Maverick has learned. In New York on Thursday, South African diplomats delivered a formal notice of withdrawal from the Rome Statute to the United Nations. This is the formal beginning of a year-long process to complete withdrawal.

In the notice, seen by Daily Maverick, South Africa outlined the court’s perceived biases against African states, and highlighted the dilemma it faced when Sudanese President Omar al-Bashir – wanted for war crimes by the ICC – attended an African Union summit in Johannesburg last year. At the time, the government argued diplomatic conventions around immunity for heads of state trumped its legal obligation to arrest Bashir.

That argument has been challenged by civil society organisations, and is due to be heard in Constitutional Court in November. It must be emphasised that this case will be heard according to the law as it applied at the time, making South Africa’s current status with regards to the ICC irrelevant..

Civil society groups are also planning to challenge South Africa’s withdrawal from the Rome Statute. There is conflicting legal advice over whether South Africa requires parliamentary approval to do so, or whether it can withdraw from international treaties by executive action.

Given the timing of the Bashir case at the Constitutional Court, and the sudden nature of the notice of withdrawal from the ICC, there will be plenty of speculation about the real motives for the decision – especially in light of President Jacob Zuma’s well-publicised domestic issues. South Africa’s membership of the ICC has previously been criticised by senior government and ruling party officials, but there was no public discussion or consultation regarding a concrete decision to withdraw.

South Africa’s withdrawal – should it go ahead – follows on the heels of a similar announcement from Burundi, which became the first nation to quit the ICC earlier this month.

The notice delivered by South Africa to the United Nations, labelled “Instrument of Withdrawal”, was signed by international relations minister Maite Nkoana-Mashabane on 19 October 2016.

The Instrument of Withdrawal was followed by a declaratory statement explaining the South African position in more depth, with a request to share this statement all other ICC members.

This statement complained that South Africa’s appeals for consultation on the subject of diplomatic immunity were ignored by the Assembly of State Parties to the Rome Statute; that the United Nations Security Council “has not played its part” in terms of implementing the treaty; and that “there is also perceptions of inequality and unfairness in the practice of the ICC that do not emanate only from the Court’s relationship with the Security Council, but also by the perceived focus of the ICC on African states, notwithstanding clear evidence of violations by others.”

Anton du Plessis, executive director of the Institute for Security Studies, said that news of the decision raises several concerns. “If this is confirmed, there are two points to make. The first is legal, the other is political. The legal one will still play itself out, and it’s whether the South African government acted legally in withdrawing from the treaty without parliamentary approval. Hopefully there will be a very quick application to challenge this. We also need clarity on whether its intention to withdraw or an actual withdrawal.

“Then there’s the political side, which is more important given the domestic issues around the Bashir matter. This should not be used to deflect accountability around the Bashir matter. Even if they could withdraw, what they did in July last year is live before the court and they need legal accountability for this. We shouldn’t allow the politics of this to blind us from the legal responsibility that South Africa had.”

Government spokesmen were unavailable for comment, but the department of justice announced a sudden press briefing late on Thursday night on the subject of the ICC and Bashir. The briefing will be held in Pretoria on Friday morning. DM