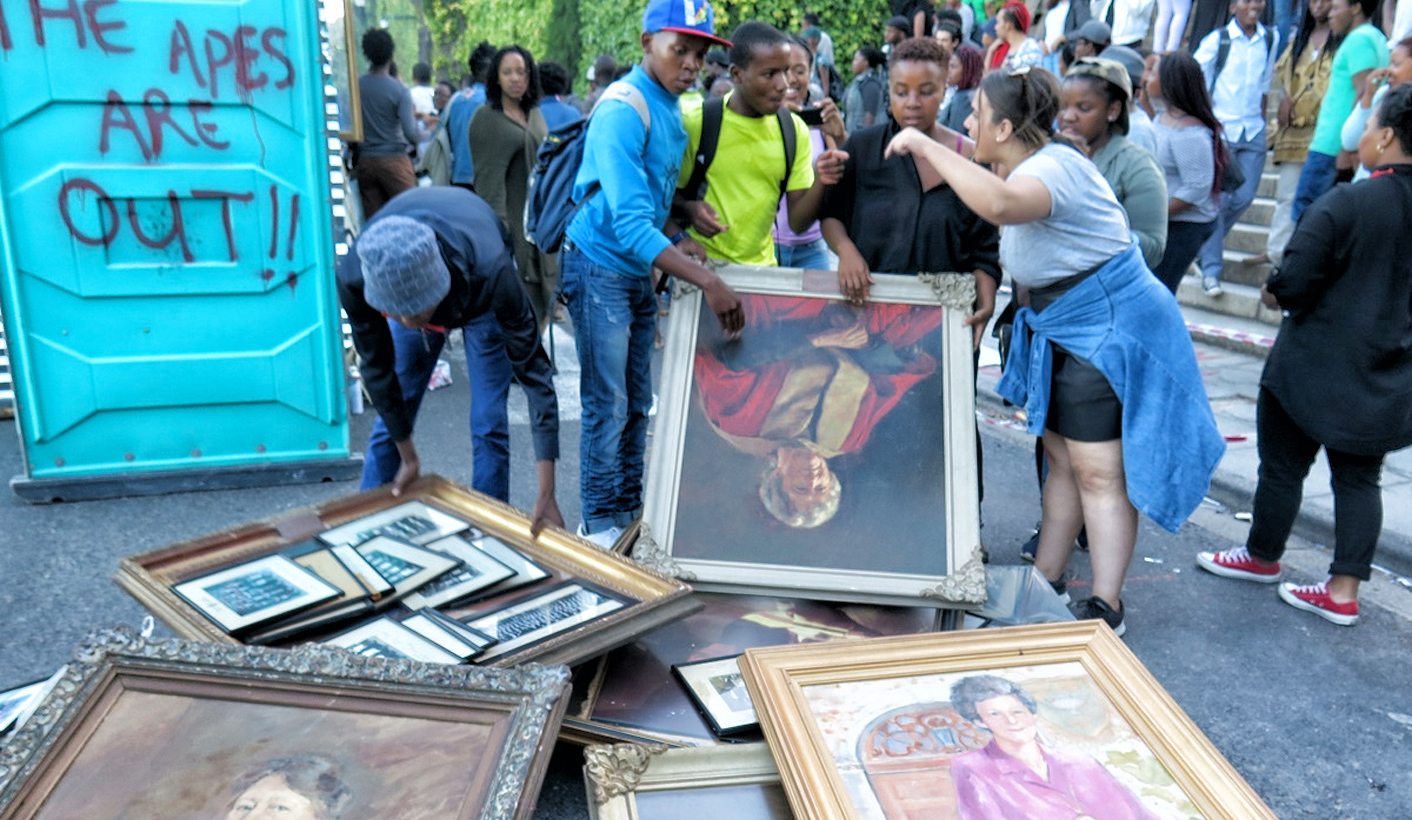 The appeal against an interdict that prevented five Shackville protesters from entering the University of Cape Town (UCT) property has been dismissed but the conditions of the interdict have been altered so that the five are now allowed on to campus. In other UCT news, a security guard is in hospital in serious condition. By GROUNDUP staff.

The “Shackville” five, Alex Hotz, Masixole Mlandu, Chumani Maxwele, Slovo Magida and Zola Shokane, who took the matter to the Supreme Court of Appeal, are now only interdicted and restrained from erecting any unauthorised structures on UCT’s premises, destroying, damaging or defacing any of UCT’s premises, and participating in, or inciting others to participate in, unlawful conduct or protest at UCT.

Most of the High Court costs still need to be paid by the five but each party is ordered to pay their own costs for the Supreme Court of Appeal.

“The core problem with the order, as I see it, was that it effectively excluded the appellants from the university campus, which is, as I have pointed out, traversed by public roads and constitutes a public space.”

He said that Hotz, Mlandu and Shokane all acknowledged that they were participants in the Shackville protest and that they were students at UCT. At the time of the protests neither Maxwele nor Magida was registered at the university, but Maxwele admitted to being involved in the protest.

Describing the burning of artworks that occurred, Wallis said that “25 works of art having a value of nearly R700,000 were destroyed”.

“There was no apparent pattern to the removal and burning of portraits, paintings and photographs. Some were by well-known artists – were portraits of figures involved in the university in years gone by. Others were paintings by contemporary South African artists.”

He said that given the “vehemence with which the appellants expressed their complaints against the university and its management it was probable that they would have continued their protest and the actions related to it if able to do so”.

Wallis stated that the university was indeed entitled to a final interdict but that in his view they were not entitled to an order in the broad terms that they were granted.

In the court papers Hotz stated, “I did not take part in any burning of the art. I was in the vicinity along with many other students, having a conversation about the wisdom of burning the art. I had grave reservations about this form of protest but [was] in no position to prevent it.”

But the judge stated that two photographs “belied this explanation”. He stated that it was “difficult to reconcile these photographs, and the fact that the petrol can was brought to campus in her car, with her non-participation in or disavowal of the destruction of the art works”.

The judgment comes as protest action has been escalating at UCT. Yesterday, student protests on the campus led to the attack of two security guards. A TimesLive video shows how one security guard is beaten up by protesters and the university has stated that another guard had a rock dropped on his head.

“It is reported that he is in hospital in a serious condition. The SAPS are investigating charges of assault with the intention of doing grievous bodily harm,” said Vice-Chancellor Max Price in a statement.

Following yesterday’s events, the university has increased the presence of private security, SAPS and public order police on the campus.

In the statement, Price also said that the observed and recorded incidents of excessive force, abuse or unprovoked harassment by security officers was condemned by the university. He added that the university would investigate these cases.

He explained that negotiations with the SRC candidates had resumed yesterday but that the students’ negotiating team needed to secure a mandate from their plenary and had not got back to university management by midnight.

“One can only presume that the plenary was unresolved,” he stated.

Meanwhile, the Dean of the Faculty of Health Sciences has released a statement saying that they have decided to suspend teaching and exams for first to third years, and instead conduct a mini-semester in January when there will be teaching and exams.

This comes following the faculty’s attempt to continue face-to-face classes – which are essential to teaching and learning in the faculty – were continuously disrupted. Students in first to third year are allowed to return home.

Final year students in the department of Health and Rehabilitation studies and fourth to sixth year MBChB students will complete their studies this year. DM

Photo: Alex Hotz, Zola Shokane and two other protesters in animated discussion on the night paintings were burnt at UCT. In court papers Hotz said she had a conversation with other protesters ‘about the wisdom of burning the art’. Photo: Ashleigh Furlong