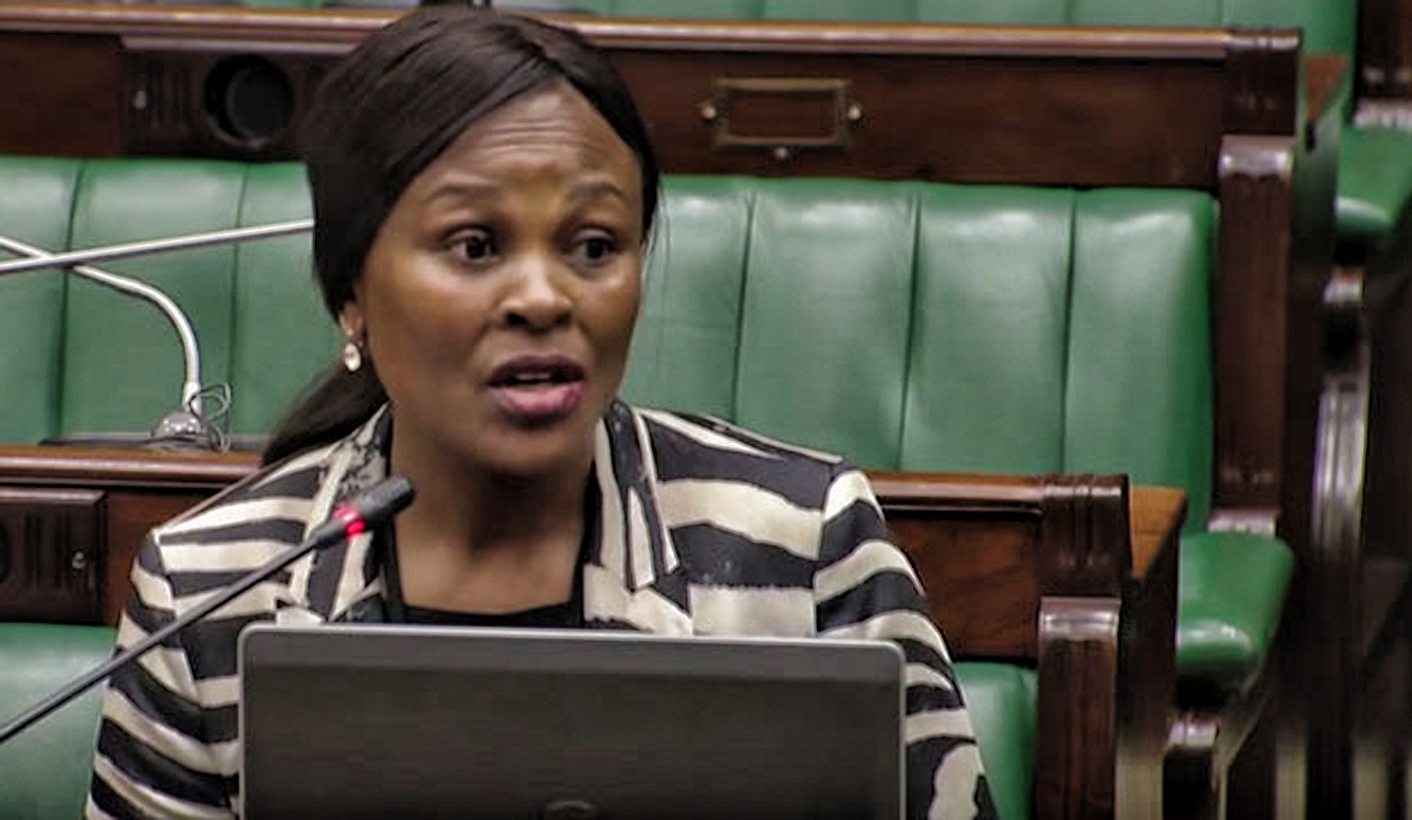 Monday 17 October was the first working day for Advocate Busisiwe Mkhwebane, our new Public Protector. President Zuma formally appointed her to the position; she is set to serve her seven-year term. (This is the second Public Protector President Zuma has appointed; he also appointed Thuli Madonsela in 2009.) Parliament overwhelmingly supported her; and civil society organisations such as Corruption Watch endorsed her. By Prof FRANS VILJOEN.

If some concerned South Africans still view Busisiwe Mkhwebane’s appointment with some apprehension, it would be up to her to set suspicious minds at ease. Her actions would confound her critics. Regrettably, there indeed seems to be some cause for caution.

First, there are the unassailable facts. Advocate Busisiwe Mkhwebane sketched her career path, both in her CV and during the interview for the position. By her own description, her last position was that of a “spy”, at least of sorts. On July 4, 2016 she started working as an “analyst” with the State Security Agency (SSA). This department’s mission is “to provide critical and unique intelligence on threats … to the government to advance South Africa’s national security interests in a changing global environment”.

In other words, the SSA conducts civilian intelligence operations. Clearly, it is no crime to work for the SSA. A country needs to be safe from ‘foreign destabilisation’, “foreign agents” and such. By ironic coincidence, it is the very SSA that in 2015 investigated Advocate Madonsela for being a CIA operative, based on the flimsiest of evidence extracted from a clearly bogus website.

The point is not that working for the SSA as such should cast any aspersions over anyone. The point is different. For one thing, taking up such a position reflects a certain mindset, one not proclaiming independence and boldly “speaking truth to power” or “protecting the public”. For another, accepting the position as “analyst” represents a curious career trajectory. Why would someone very qualified and (rightly) ambitious, on July 4, 2016, after serving for two years as a very highly-placed “director” within the Department of Home Affairs, take on the position of an “analyst”? What does an “analyst” at the SSA do? Is it fair to presume that such a position is of a much lower profile, more inward than outward looking? When these questions were posed during her interview, Adv Mkhwebane did not provide an unequivocal answer.

Concerned South Africans may want to listen to her interview on YouTube.

When asked whether taking the position of “analyst” was not a “demotion”, she answered that it was “not at all” a demotion, but merely work in a “specialised field” – although by her own admission she had, in her previous position, even acted at the highest level, as Chief Director, in the Department. Her job in the SSA was “strictly professional”, she said, adding that she would no longer be a “manager with subordinates”.

She took on this very different position, she continued, to “make sure that we protect the Constitution”. This seems like a surprising and puzzling explanation. Despite her protestations to the contrary, the SSA position does represent a significant demotion in stature and status, and shift in focus. Even if the SSA “protects the Constitution”, one may think of many – more obvious – ways of doing so.

Past experience and future prospects of protecting the public?

Second, do her professional qualities fit the image of the ideal Public Protector? Looking at her career, there is little to show her taking a stand in favour of members of the public. Yes, she served in various capacities, including a stint at the Office of the Public Protector, and did her job very well. But on what specific and concrete past experience of “protecting the public” and “speaking truth to power” should we base our expectations of her doing so in the future? By all accounts, she is a consummate professional; by all accounts, she interviewed very well. But these are not the primary yardsticks for success as Public Protector.

In her interview, and in other fora, the new Pubic Protector has stressed the collaborative and non-confrontational nature of the relationship between her Office and the Executive. She correctly referred to the Constitution and its emphasis on the role of Chapter 9 institutions to “strengthen” democracy. In an ideal world, this would be the ideal relationship.

However, it would be tantamount to turning a blind eye to our immediate past and the fractured relationship between the outgoing Public Protector and the government if one describes the future relationship in such unproblematic terms. This apprehension is compounded by her intimation that there is a great need to deal with the “ordinary”, as opposed to “high profile” cases. Clearly, a balance needs to be struck. Every individual, especially the powerless and marginalised, should be supported in their quest to redress administrative wrongs (maladministration) against them.

But this should not be done at the expense of cases dealing with more systemic issues. The reality is that the Public Protector just does not have the capacity to deal with every single “bread and butter” case (for example, delay in payment of social grants). It is by addressing the systemic and often “high-profile” cases (involving for example corruption, nepotism and breaches of the rule of law) that an environment conducive to diligent and people-friendly service delivery would be fostered.

Third, there is the context. South Africans know that the stakes are high. They have observed the displeasure of the President and some members of the ruling party with the kinds of investigations undertaken and recommendations arrived at by Advocate Madonsela. They also are aware of an occasional “deployment” of “cadres” (in the sense of like-minded and supportive people staffing key positions). South Africans may wonder how the appointment of a new Public Protector fits into this line of thinking. President Zuma’s insistence that the new Public Protector should deal with the “state capture” report has only added to perceptions that he is (at least more) “comfortable” with her dealing with the matter (than Adv Madonsela). To some extent, President Zuma is burdening the new Public Protector with the perception of his expectation that she would give him a more sympathetic audience.

Benefit of the doubt

Back to the basic starting point – it will be up to Advocate Mkhwebane to assuage these suspicions. We are reminded – and political parties have argued – that the appointment of the outgoing Public Protector and current Chief Justice were not, at the time of their appointment, met with great expectations – at least among a number of sceptics. We are reminded that they have both subsequently excelled not only at performing their jobs excellently, but also at doing so with fierce independence and integrity.

We expect no less from our new Public Protector than to act fiercely independent and with integrity. We wish her all the best in this quest.

But we also realise that it is not an inevitability that she would, like her immediate predecessor, stand fearless and tall as a beacon of accountability, in service of the public. The terms of the first two Public Protectors (Adv Selby Baqwa, 1995-2002; and Adv Lawrence Mushwana, 2002-2009) were not characterized by a culture of “speaking truth to power”. Maybe the contexts, and the opportunities presented, were different. Under Advocate Mushwana’s watch, however, the arms deal inquiry was effectively shelved.

None of the three previous Public Protectors has started his or her term amid such attention, and at such an historic moment. The country holds its breath. DM

Prof Frans Viljoen is Director of the Centre for Human Rights, University of Pretoria.