Zuma: Students, you’re noble – but academics must go on 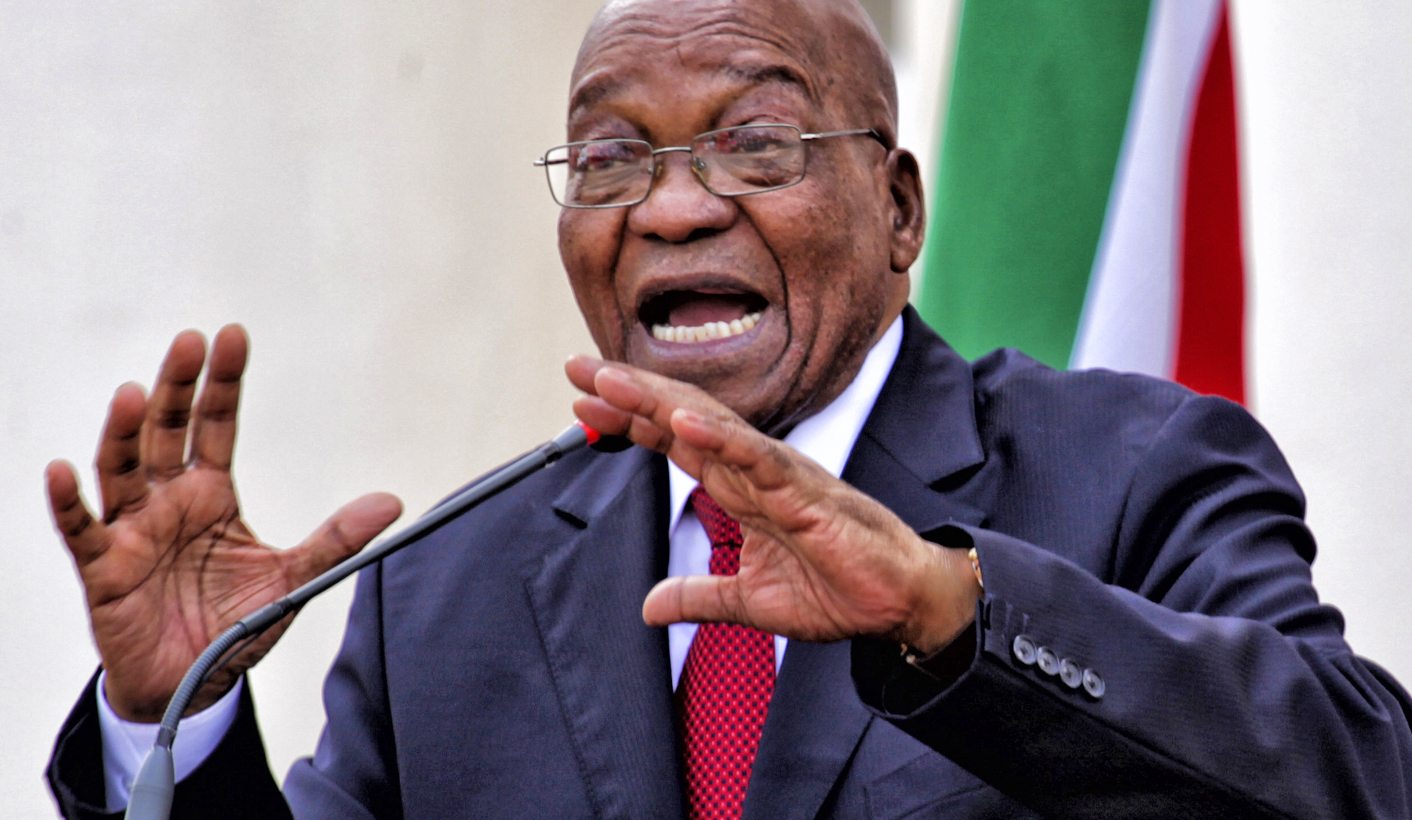 President Jacob Zuma on Tuesday said government cares about student grievances, so protests should not lead to violence. Higher Education and Training Minister Blade Nzimande, who met with business leaders, also called for classes to resume. By GREG NICOLSON.

Zuma, speaking to South Africa’s top diplomats in Pretoria, said education was a top priority and the country had gone beyond the Freedom Charter by supporting tertiary students on the basis of financial need as well as merit.

“We are a caring government. We are sympathetic to the message from the students because we share the understanding of the need to ensure that children of the poor and the working class obtain higher education,” said the president.

“There is therefore no need for violence and the kind of protests we have seen, which give an impression that students think government is opposed to what they are asking for. We are not opposed to the call, we support it,” Zuma continued. “It is a noble call. We also urge them to support the orderly processes of finding solutions to this important challenge. They must not break doors that are already open.”

In the latest round of protests at universities, students have forced the closure of many campuses across the country over the last month. They are demanding free, quality and decolonised higher education. Police have clamped down on protests and arrested hundreds of students as discussions between demonstrators, universities and the state have deadlocked. Some students have resorted to violence and intimidation

Zuma said the expansion of the National Student Financial Aid Scheme (NSFAS) has allowed more poor and working-class students access to education and the state would cover fee increases, up to 8%, for poor and “missing middle” students in 2017. In the long term, he noted the ongoing work of the commission of inquiry into higher education funding.

In the short term, Zuma pointed to the inter-ministerial task team, established to stabilise universities and ensure the academic year proceeds. The president said it was “worrying that genuine concerns regarding high tertiary education fees are hijacked for wrong ends, and involve, particularly, violence, arson and various forms of destruction of property”. The police would impose the “full might of the law” on anyone committing crimes during protests, he said.

Minister Nzimande on Tuesday said there had been progress in developing a new model to fund the poor and “missing middle”. NSFAS chair Sizwe Nxasana was tasked to lead a task team to develop a new model and Nzimande said it was complete and ready to be passed on to Cabinet. The model, developed in consultation with business leaders and the department of higher education, envisages a public-private partnership with funds contributed to a single source.

“It’s possible to offer fully subsidised education to the very poor. It is possible to subsidise accommodation and loans on a sliding scale, as households’ income increases for working-class students,” said Nxasana. Despite significant increases to its budget, NSFAS has not been able to match the demand for funding.

Like Zuma, Nzimande said he was on the same side as students but warned against protesters who focused on “discrediting government” and turning a legitimate struggle into one of violence. “We want stability in our institutions to save the 2016 academic year,” said the minister, who was meeting with the National Business Initiative in Sandton to discuss the corporate sector’s role in funding higher education.

Student protests have continued at some universities this week. Demonstrators have struggled to engage with the state and universities as institutions and government are pushing for the academic year to be completed. Demonstrating students remain a minority and they are facing increasing arrests and what looks like harsher police tactics. A number of senior student leaders at universities have been arrested. Students say that while a police crackdown makes their work difficult, it aggravates issues of violence and won’t deter their demands.

Student leaders were frustrated when Nzimande called an imbizo to discuss the challenges earlier this month. Zuma departed after giving an address and the minister lectured them. The task team on stabilising universities is seen as an attempt to destabilise rather than engage the movement and there is little faith in the president’s commission of inquiry.

The Fees Must Fall movement took another blow on Tuesday. The parliamentary budget office told the standing committee on appropriations that it would cost an extra R250-billion, higher than some other estimates, to pay the full costs of bachelor headcount enrolments over the next three years. MPs were dismissive of proposals to provide free higher education for all. The parliamentary budget office’s Mmapula Sekatane noted how other African countries that implemented free higher education later reversed their decisions. DM