The Paper Round: What’s wrong with the Springboks?

The Paper Round: What’s wrong with the Springboks? 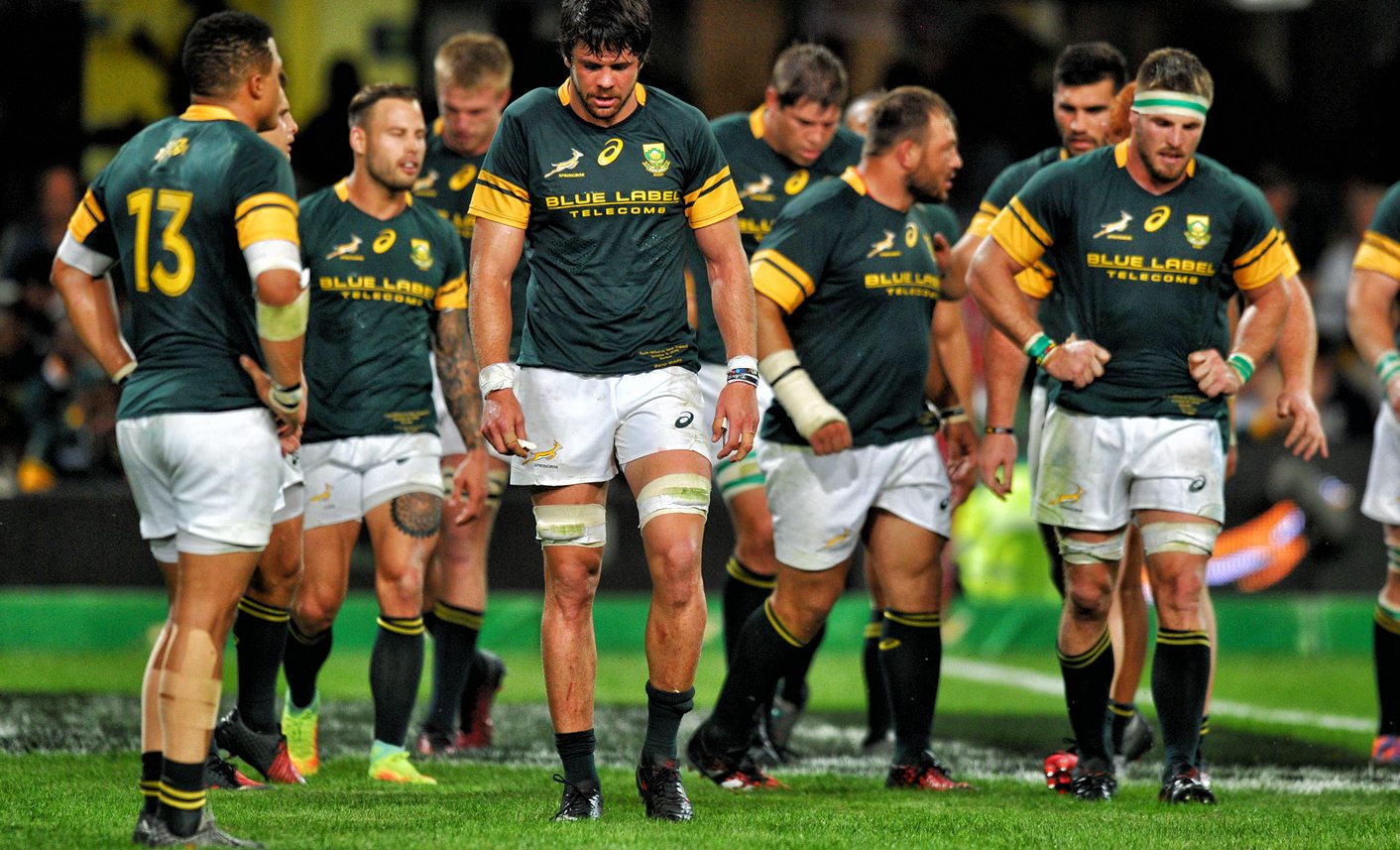 Every week, The Paper Round takes a look at a sport story and how it has been covered and dissected in the papers, both nationally and internationally. By ANTOINETTE MULLER.

As a group of middle-aged men gather this week to solve all the problems facing South African rugby, pundits – of the internet, TV and keyboard variety – have all already listed what they think it is that is ailing the sport so. Some, like Ian Smith and Wynona Louw over on IOL, even put together a six-point plan to do so. While there is nothing overly radical about their suggestions, the one key point that stands out is that the Boks need to focus on conditioning a bit more.

Nobody is saying the Boks are a bunch of unfit bozos, but they are miles behind some of the more progressive teams around the world. And it’s not just the Boks – the majority of South African teams are obsessed with size and don’t realise that you can still be a bruiser while being fit and able to use your body’s mobility.

Coach Allister Coetzee even admitted that fitness is an issue for the beleaguered Boks, but that’s by no means the only issue. Also over on IOL, Ashfak Mohamed wants “out with the old, in with the new” to happen and for Coetzee to experiment, like he promised he would at the start of his tenure.

Fortunately for us, at least there are a few folks willing to stick their neck out and suggest some solutions, however modest they might be.

Out of all the ex-players who have thrown their pennies into the opinion circle, Stransky is the one whose comments have probably hit the hardest. Many pundits have tried to lay the blame squarely at the feet of the coach, but the 1995 World Cup winner offered a bit of a reality check.

“You cannot look at 2016 in isolation, it is a problem that has been coming for some time and you need to look at the game holistically from grassroots level to the top,” Stransky said in an interview with Reuters.

He went on to criticise the coaching talent (or rather lack thereof) saying that there are “a bunch of inexperienced, amateur coaches leading South Africa’s top domestic sides”. But, his finest comment perhaps comes with the closing line of the interview.

Stransky said: “The reality is we are set for long-term pain. We need a wholesale change. This system was voted in 100 years ago and the turkeys aren’t going to vote for Christmas to change it. We are set up to fail.”

Hallelujah and praise Lomu! Has somebody finally acknowledged that an unequal system set up when society was unequal by law was doomed to fail? South African rugby remains an incredibly insular sport across the board, overly reliant on a few small pockets of talent that were good enough to mask shortcomings back in the day of stampkar rugby, but is now being found out as teams get fitter and smarter. The whole rugby system basically needs to have its DNA reprogrammed and needs to dip its toe into the massive talent pool just lying in wait.

And, once you’ve dipped into that talent pool, you need to make sure they stick with you. As Schalk Burger chimed into the debate in an interview with The Guardian, “the future looks pretty bleak”. Burger bemoans the fact that players who bugger off overseas are starting to do so at a younger age because they just aren’t willing to wait around for their chances any more.

To be fair, you cannot blame players for wanting to earn as much money as they can in their short careers. Unlike the rest of us mortals, sports people have only 10 to 15 years to save for retirement and that could come to an end at any time through injury. Unlike so many other people who have all bashed and battered the system, Burger does actually offer a solution to this little conundrum, suggesting that starting a new competition with Europe – and doing away with all that jet-lag travel – might be the way to go.

And there was Laurie Mains. The former All Blacks coach was quoted by New Zealand Herald as saying:

“I was fully supportive of the quota system when I coached in South Africa. That was 15 or 16 years ago.”

And while that is basically the sporting equivalent of saying “some of my best friends are black”, that’s not even the worst bit.

“They’ve had these quota systems in place now for 20 years. So every player playing at this level – black, coloured or white – has come up through the quota system, so there are no disadvantaged players left in South Africa,” he adds.

Nobody who possesses even an ounce of humanity or a fragment of logic can argue that there are no disadvantaged players left in South Africa. A kid who grows up in the township absolutely does not have the same chance as a kid from the suburbs to make it as a professional.

Yes, sure, there are exceptions, but to say that there are no disadvantaged players left is lunacy. Quotas at national level are by no means the best solution to this problem and more often than not the administrators who implement them are doing so out of political, point-scoring and self-interest rather than trying to force tangible change. However, if you cannot see the mere fact that these targets still need to be there (for whatever nefarious or genuine reasons) then something is amiss.

Here’s a tip: if there were no disadvantaged players left, quotas wouldn’t be needed – not even for political point-scoring. DM