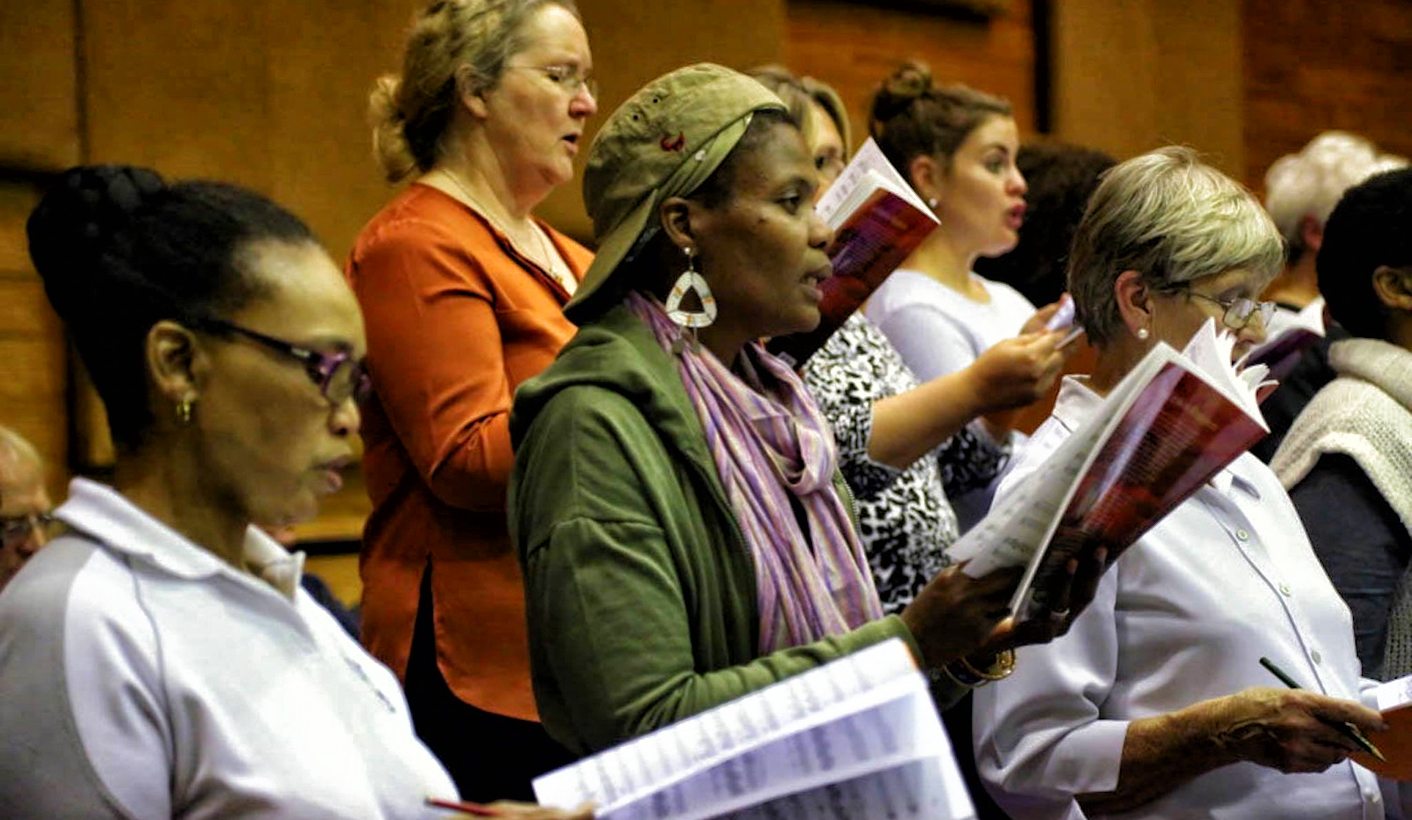 The members of the Durban Philharmonic Choir did not know that their soprano, Fezekile Kuzwayo, was also known as Khwezi, Zuma’s rape accuser. Until she died on October 8. IDA JOOSTE remembers her “earring mate”, and how she felt on hearing who she really was.

Tuesday is choir day. I would look forward to rehearsals, not only because singing is fun and the music magnificent, but because Fezekile and I would do an earring check – I admired her stylishly mismatched earrings and she would admire my dangly ones. She once told me she could not let me down by wearing boring earrings, and I would not want to let her down either.

This past Saturday, the Durban Symphonic Choir had an extraordinary rehearsal: the first session with maestro Justus Frantz, who had come to Durban by special invitation to conduct Mozart’s Requiem, a mass for the dead, which Mozart wrote in fear and anticipation of his own death:

“I would drive a million miles to hear this music. This Requiem is perhaps the most profound expression of sadness ever created in art”, said the maestro. He told us the story of how the 9/11 attack in New York galvanised members of his “Philarmonie of Nations” orchestra to drive across Europe to perform Mozart’s Requiem for a solidarity concert in Hamburg the next day. In November, Justus Frantz is performing the Requiem for the Pope at the Vatican, “because he is worried about the state of the world”. I saw that my earring mate was not at the rehearsal. I had been a bit worried about her, because she had lost so much weight. Not worried enough to phone and enquire why she wasn’t there.

On Sunday morning, news comes through of the death of “Khwezi, Zuma’s rape accuser”. And we learn her name, Fezekile Kuzwayo. Scenes of the court case in 2006 darted through my mind and fuelled my anger. Anger at how the victim had become the villain. Anger at the betrayal by a League of Women who ought to have understood. They profoundly let her down – and let down all women who had been brave enough to call out abuse of power. Mozart’s Requiem signals anger in shouts of “Dies irae!” –Day of wrath, day of anger will dissolve the world in ashes. I read Khwezi’s poem, I am Khanga to try to find meaning:

On Monday, choir members get an e-mail that our lovely soprano, Fezekile Kuzwayo, had died on Saturday. In an instant, I understand that Khwezi is Fezekile is the choir buddy I would not want to let down by wearing boring earrings.

In the next days, Mozart’s Requiem would come to consume us: its grave sadness – the dread of the most intimate loneliness of the hour of death. And also music for collective grief and solidarity.

“Whatever made her Khwezi was the moment of the time,” said Lindi Mandulo, another soprano who met Fezekile when she joined the choir in 2013. “I would like to remember her as Fezekile, not ‘Khwezi, the rape accuser’. She was so desperate to have her real name back. Her identity is Fezekile Kuzwayo, the sweetest person I have known. Ours was a friendship without clutter. I accepted and loved her.”

When someone we know dies, there is usually anger and regret and sadness – in waves. With Fezekile’s death, these emotions came as a deluge because of who she is or was: a public figure without real identity, who stood for many wrongs and injustices. At the same time, a profoundly private figure, known for her sweetness and jokes and funky earrings and who has a real name, and who has taken her own name back.

I feel anger about the HIV part of Fezekile’s life, and the fact that she chose not to take antiretroviral therapy. Or maybe it is confusion or an inadequate understanding of why some people make that choice.

I feel the regret of not having got to know her well enough to know she was “Khwezi”. And at the same time, I celebrate her success at choosing to be just Fezekile, uncluttered.

That day of tears and mourning,
when from the ashes shall arise,
all humanity to be judged.
Spare us by your mercy, Lord,
gentle Lord Jesus,
grant them eternal rest. Amen. DM