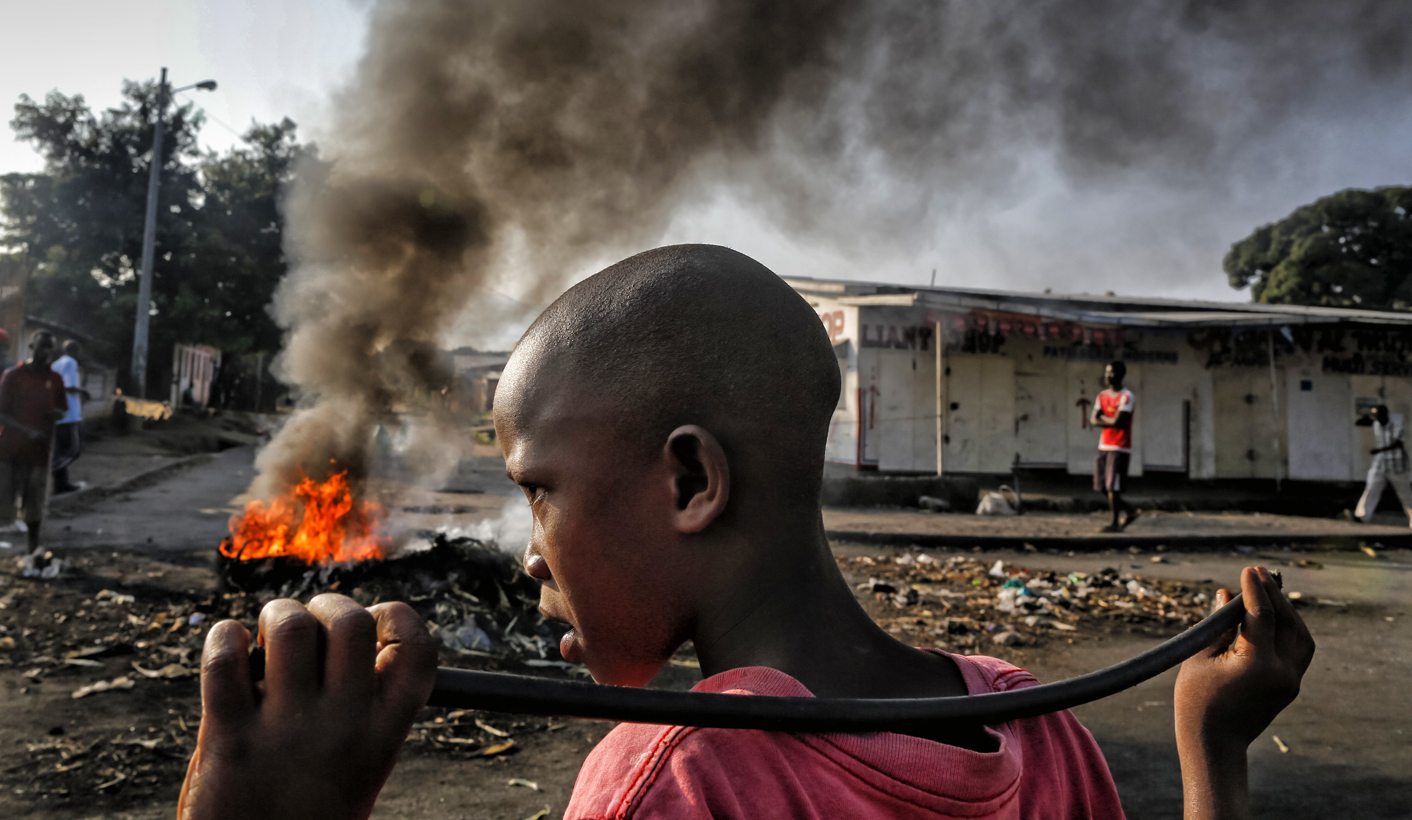 Unless regional and international organisations act in concert and inject new life into the mediation process, Burundi risks igniting a wider crisis. By INTERNATIONAL CRISIS GROUP.

In its report released late last month, the UN Independent Investigation on Burundi paints a bleak portrait of a country that has been in political turmoil since May 2015. It describes a regime that is increasingly repressive, intolerant of dissent, and closed to the outside world. The investigators suggest that human rights violations committed by the government and its associates could amount to crimes against humanity.

In the capital Bujumbura,  protesters  were quick to denounce the report, claiming it to be biased. “I will continue to protest because the international community wants to invade Burundi”, one activist told Iwacu news.

However, the reality of the international community’s role in Burundi is far more complex. In fact, international attention has shifted away from the country, even as it slides further towards a humanitarian emergency. So far, 300,000 people have fled the country, a further 108,000 are estimated to be internally displaced, and 4.6 million – out of a population of 11 million – are in need of food aid.

The current crisis was sparked by President Pierre Nkurunziza’s decision in May 2015 to seek a third term in office. This move was widely considered to be unconstitutional, and the following months saw mass protests, an attempted coup, armed uprisings and a brutal crackdown.

Since the violence reached its peak around December, the confrontation has settled into low-intensity warfare characterised by targeted assassinations, disappearances and torture, and the increasing use of ethnically-charged rhetoric.

Among others, the International Crisis Group has  called  for urgent measures to prevent the situation from becoming an ethnic conflict and wider emergency. But the international community has signally  failed  to halt the crisis, though not for the want of trying.

The African Union (AU) intervened early and took a strong position from the outset, with AU Commission Chairperson Nkosazana Dlamini-Zuma setting the tone and direction. The AU Peace and Security Commission (PSC) met on an almost monthly basis, issuing communiqués and statements that gradually ratcheted up the pressure on the government.

The AU refused to send an election observation mission to Burundi in July 2015, saying the conditions for free and fair polls did not exist. And, as violence spiked following armed opposition attacks on military installations on December 11, 2015, the PSC authorised a 5,000-strong protection force (MAPROBU).

In doing this, the Commission took the unprecedented step of invoking Article 4(h) of the Constitutive Act, which allows the AU to intervene in a member state in cases of war crimes, genocide and crimes against humanity. Nkurunziza was given 96 hours to accept the force.

The PSC had hoped this  bold move  would freeze the crisis and force the government to negotiate. And its actions arguably did focus international attention, help curb the worst security forces excesses, and spur efforts to revive the stalled regional mediation led by Ugandan President Yoweri Museveni. However, it failed to force Nkurunziza into a more inclusive, externally-mediated dialogue. Burundi’s government dismissed MAPROBU as an  “invasion and occupation force”.

At the same time, African leaders declined to endorse the mission. This revealed a wide rift between the more interventionist AU Commission and member states who, for the most part, favoured a less confrontational approach to the crisis. The reference to Article 4(h) touched a raw nerve amongst governments with questionable democratic credentials and human rights records themselves. The AUC and PSC were seen to have over-stepped their bounds. As one senior official told Crisis Group, “we have embarrassed the continent”.

This debacle seriously damaged the AU’s credibility and showed that its ambition to prevent and resolve conflict does not match its capabilities, in part due to uncertainty about the extent of the AUC and PSC’s authority to act.

It also exposed procedural flaws in the PSC’s decision making process, which, unlike the UN Security Council, is driven by the Commission rather than member states themselves. The AU lost any authority it may have had in Bujumbura and has largely been marginalised in further attempts to resolve the crisis. Embarrassed by the failure of MAPROBU and faced with member-state indifference, the AUC and PSC appear to have lost impetus, silencing a much-needed voice of warning.

On The Same Page

The AU’s response has thus been disappointing, but neither the sub-region nor the UN have fared any better.

The international community’s inability to resolve the crisis in Burundi is partly due to divisions within and between the principal actors – the African Union, the East African Community (EAC) and the UN. Domestic considerations, power politics and historical allegiances and antagonisms, have shaped the hesitant response of Burundi’s neighbours. Meanwhile at the UN, disunity within the Security Council has thwarted its efforts.

Institutional rivalries and the lack of a shared analysis of the conflict’s nature and the situation on the ground have also prevented a coordinated approach, allowing Nkurunziza’s administration to play one side off against each other. As a result, the Burundian government has managed to rebuff the EAC’s lacklustre attempts to bring it to negotiations and stalled the deployment of both the AU-authorised human rights and military observers and the UN Security Council-sanctioned police force.

At its heart, Burundi’s crisis is political and only a negotiated settlement between the government and opposition can end it. But positions are entrenched and both sides are playing for time as the crisis deepens and the death toll steadily rises.

Little will change unless key members of the international community act in concert. As an immediate practical step, the AU, EAC and UN should form a contact group to align positions and inject new life into the EAC-led mediation process. Regional leaders, especially the designated EAC mediator President Museveni, should become more personally engaged, as requested by former Tanzanian President Benjamin Mkapa, the dialogue facilitator. Having agreed to mediate, Museveni must accept the responsibilities and, as a minimum, set out his vision for the way forward.

Now is the time for the AU and its international and regional partners to push harder for a settlement. Postponing firmer, more unified action would leave the country at best in a permanent state of low-intensity conflict, and at worst in danger of igniting a regional crisis. DM

Photo: A young Burundian boy tries to cover himself as police officers beat him after dispersing protesters by firing shots during an anti-government demonstration against President Pierre Nkurunziza’s bid for a third term in the capital Bujumbura, Burundi, 26 May 2015. EPA/DAI KUROKAWA