ICG: Boulevard of broken dreams — The ‘street’ and politics in DRC 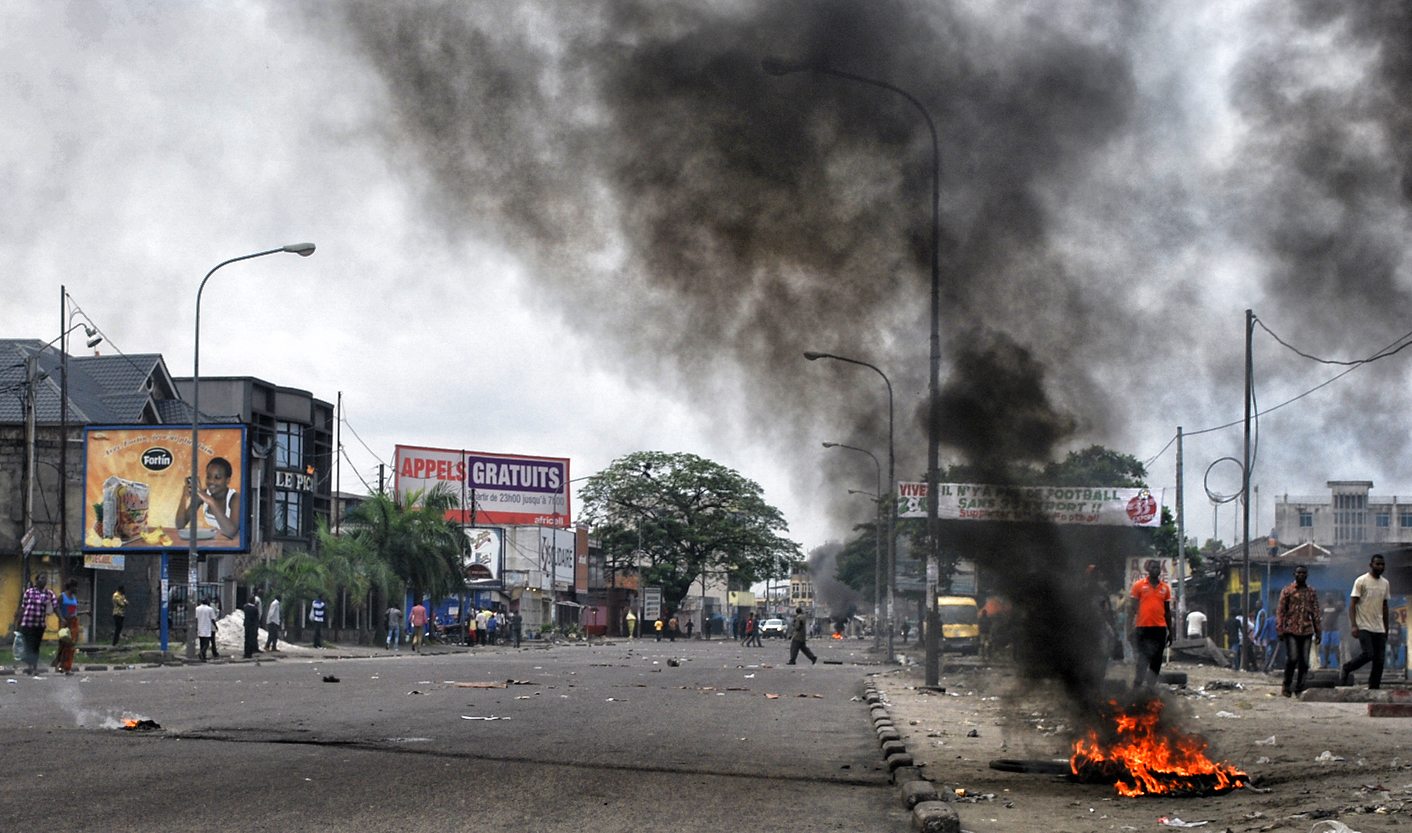 Angry demonstrations hit Kinshasa in September as President Kabila’s aim to stay in power beyond a December 19 constitutional deadline became clearer. Regional and international actors must use diplomatic and financial levers to bring about credible democratic elections and to reverse the DRC’s worsening spiral of violence. Overview by INTERNATIONAL CRISIS GROUP.

Demonstrations in Kinshasa, capital of the Democratic Republic of Congo (DRC), turned violent on 19 September 2016, when the Independent Electoral Commission (CENI) should have launched the constitutionally-required presidential election process.

Protests were expected as a political dialogue launched on 1 September had failed to agree on what to do about the delay. This has accentuated the risk of violent popular anger in urban centres and of a heavy-handed security response. A risk also remains that political parties, including the ruling majority coalition (henceforth “the majority”) and the opposition that looks to the street to force President Joseph Kabila to step down, will seek to manipulate that anger. Depending on loosely organised popular revolts to force political change is a tactic that could spiral out of control. To prevent more violence, Congo’s partners need to use diplomatic and financial tools to focus the actors, particularly the majority, on the need to move rapidly to credible elections. They also need to use their leverage and public positions to minimise violence while the political blockage continues.

Throughout the DRC’s history, political actors have expected the power of the street to change seemingly deadlocked political situations. As in past periods of popular revolt, there is now a merging political crisis and economic downturn. The promise of democratisation has accentuated the country’s fragmentation since the 1990s, and the popular legitimacy of political parties and civil society organisations, with the exception of the Catholic Church, continues to shrink as their numbers grow. Public frustration is exacerbated by pervasive poverty and chronic violence. The government’s control increasingly rests on largely dysfunctional security forces in which issues of command and control increase the risk for excessive use of force. Protest is a legitimate form of political expression by a population understandably frustrated by the failure to adhere to the constitution and hold elections on time. The primary responsibility for ensuring that protests take place peacefully lies with the government. However, protests to succeed must be part of a coherent political strategy; no actors should use them to inflame tensions.

Ten years after the generally successful 2006 elections, the DRC faces another deep crisis. President Kabila’s attempt to stay in power beyond his second and last constitutionally-permitted term, which concludes on 19 December, is unravelling more than a decade of progress. Less than three months before his mandate ends, the majority hopes to retain power by forcing a long delay of the vote (glissement), while the opposition vies to lead a “transition”. With the end of Kabila’s mandate near and in the absence of a consensus agreement, the risk of further violent confrontation increases.

To reduce the potential for urban violence in the coming months:

This briefing is based on fieldwork in Bukavu, Goma, Lubumbashi and Kinshasa and is part of a series of publications on the DRC’s broader electoral process. DM

Photo: A photograph dated 19 January 2015 shows people walking near a burning tire set alight by protesters on the street in the capital Kinshasa, the Democratic Republic of Congo. EPA/STR