Theatre review: It’s more than a hoot – it’s a classic 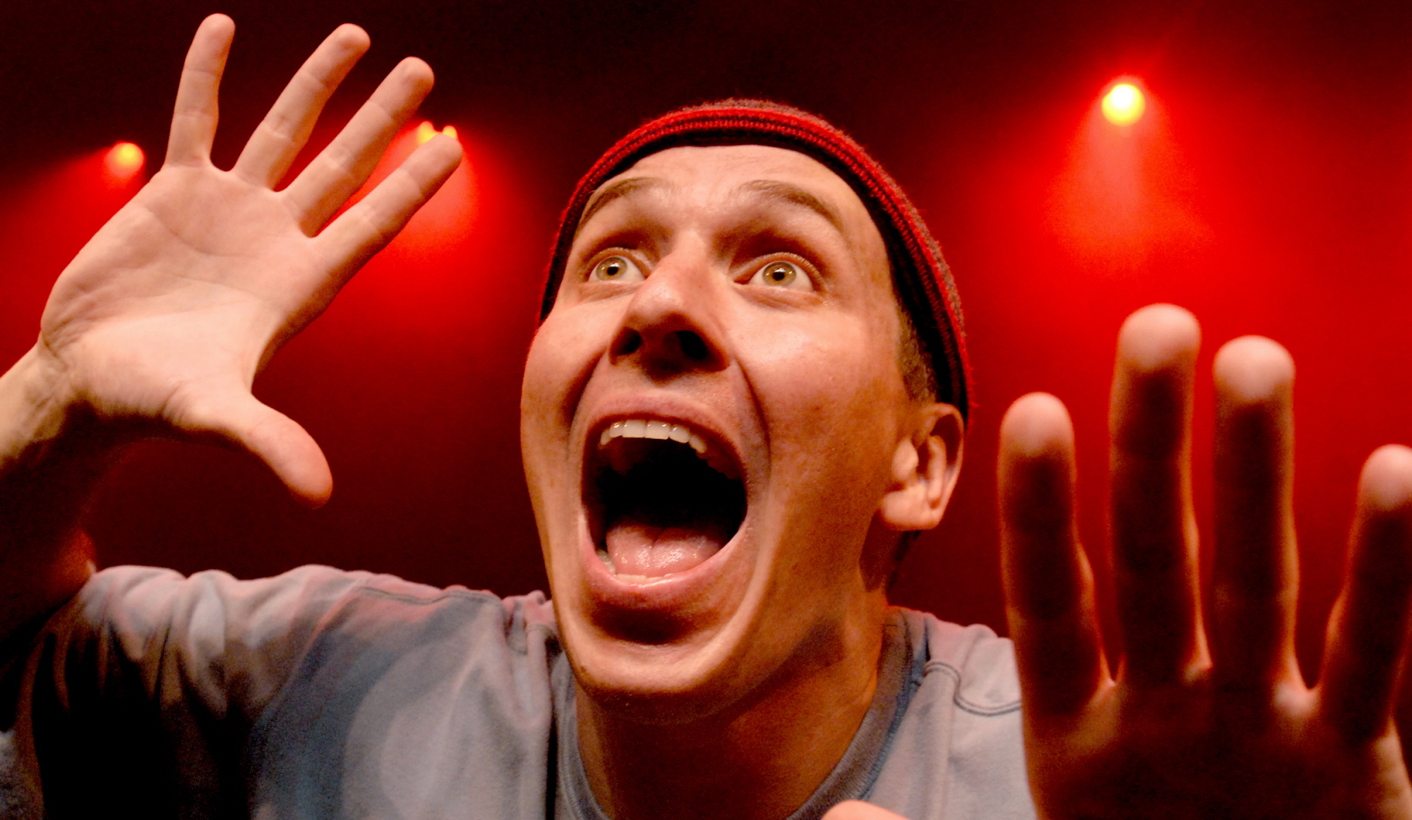 The one-man show Hoot that’s back on stage in Joburg is more than just extremely funny. By LESLEY STONES.

It’s on the way to becoming a classic, delivering a full range of emotions and intelligent, sympathetic observations about life in our amazing country.

Hoot is the story of Harold, a rich white husband living in a faux Tuscan mansion who loses the lot when his business fails. He ends up renting space on a floor in Fordsburg, getting a job at a petrol station, then stepping in as a minibus taxi driver.

The brilliant actor Matthew Ribnick is completely at ease in his skin, or as a black taxi driver, an Indian woman, a bitchy Kugel or an unspeaking child. He’s not just comfortable as those characters, he becomes them, and his characterisation of a personable and shy young taxi driver is sublime.

Naming the show Hoot was a stroke of double-meaning genius, since it’s full of hooting and it’s an absolute hoot.

I don’t remember it being this funny or this full of wisdom a few years ago, and author Geraldine Naidoo has certainly brought her award-winning show up to date. Naidoo also wrote Monkey Nuts and The Chilli Boy, and Ribnick has been the star in all three shows.

He’s a real candidate for superlatives, with a face that can express more moods than a dictionary can capture. His timing is perfection, and his physicality makes each character a distinct personality even before he speaks. With a low-slung cap and an aggressive lean he becomes the intimidating taxi veteran, while pursed lips and an imaginary cigarette means caution, the bitch is back.

His accents are spot on, and he weaves in some vernacular as the men chat among themselves. Well, as Ribnick fools us into believing that several people are conversing.

His face is everything as he kneels to play the Indian child, with pleading eyes and gaping mouth. It’s almost magical how he transforms so radically.

The set is bare except for his caps and cloths, so the scenery is all in the imagination. I was completely captivated.

The most powerful thing about Hoot is how it brings the streets vividly to life and gives each character their trials and triumphs. The intimidating taxi driver is struggling to feed his kids and maintain his woman – then some bit of the vehicle breaks and his money has gone. You feel his frustration, understand his anger.

Then the old Indian woman reminisces about her husband who went out to sea and.… never came back. These poignant moments weave a spellbinding story of resilience for all ages, colours and cultures.

The fast-paced play romps along from one laugh to the next, interspersed with a gulp or a sigh as life follows its bumpy roads.

Naidoo has written the background plus the front, back and sides to all her characters. Everybody has their history, and as they interact they soften each other’s hard edges and come to respect one another. She paints a glorious picture of what life could be like if we all showed more understanding. That message of universal tolerance isn’t drummed home in any way, because this is a comedy, not a lecture, but you realise how much conflict we create and how much better it would be if we followed the Hoot lead of getting to know each other.

At the very least you’d be less indignant when the taxi driver cuts you up, shifting his 15 cramped passengers ahead of your one comfortable fat ass in the traffic. DM