#FeesMustFall, Cape Town: The week the line was crossed

#FeesMustFall, Cape Town: The week the line was crossed 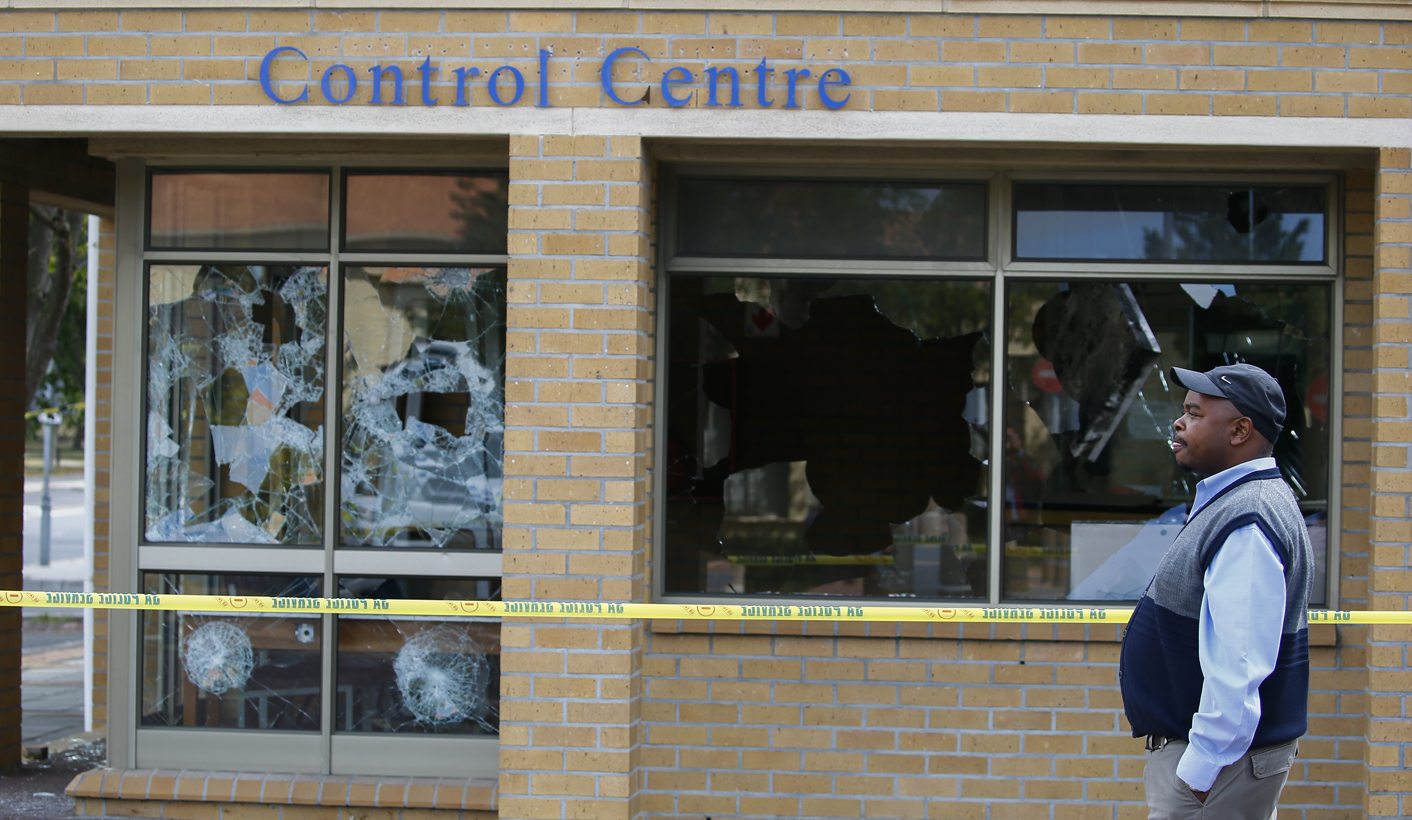 Something shifted fundamentally in the Cape Town leg of the #FeesMustFall protests this week. Students at the UWC campus held a staff member hostage during negotiations, and there was a national outcry after two security officers were locked inside a burning building on the CPUT campus in Bellville. If there was any doubt before, it’s been dispelled: this is war. By MARELISE VAN DER MERWE.

In the small hours of Wednesday morning, two security guards based at the Cape Peninsula University of Technology in Bellville were locked inside a burning building, suffering lacerations and smoke inhalation. By mid-morning, rumours were circulating that one of the guards had died – these proved false; CPUT confirmed that both guards were discharged during the course of the day. But the damage was done: the country was undeniably rattled.

The incident marked the protests taking an altogether more threatening turn, driving home the urgency of finding resolution. It followed the tragic death of cleaner Celumusa Ntuli at Wits, who had a fatal asthma attack after inhaling fire extinguisher fumes, and the brutal shooting of Father Graham Pugin by a police officer.

The #FeesMustFall movement at CPUT slammed “rogue elements” responsible for the damage in Bellville, saying “charlatans and counter-revolutionaries” were giving a good cause a bad name. During the course of the day, students gathered in campus prayer meetings, calling for peace.

But if government wheels have turned slowly at best and non-specifically at worst, communication from universities took on an increasingly sombre tone through the week, indicating an intimate understanding of what was at stake. CPUT suspended classes and charges of attempted murder were laid after the security office and the administration building were set alight with the guards inside. Extensive infrastructural damage was visible in the aftermath. According to spokeswoman Lauren Kansley, at least 19 arrests were made in total on the Bellville, Mowbray and Cape Town campuses, and a vehicle was also set alight.

“We are operating under very trying conditions,” the university said in a terse statement. The services of the student counselling centre would be open to students who needed them, it added.

On Tuesday, the University of the Western Cape confirmed that a staff member – the Executive’s Institutional Planner – had been held hostage in Monday by protesters demanding a mass meeting and the inclusion of a broader group of protesters in a meeting scheduled for the following Tuesday. The incident would be formally investigated, UWC management said, which is unlikely to do anything to improve already strained relations on a campus where one of the existing demands is to drop charges against students involved in earlier protests. Management, however, said they had no choice.

“We condemn this act in the strongest possible terms, especially given our expressed commitment to dialogue,” management said in a statement. “This incident is deeply disappointing since we have in all our communications indicated our willingness to engage with the SRC and the broader student structures in multistakeholder meetings – an approach that we remain convinced will lead to meaningful dialogue and effective engagement.”

Communication from UCT, meanwhile, confirmed that the university had agreed to suspend classes for the rest of the week. Vice-Chancellor Max Price admitted there would be devastating consequences to the continued shutdown, but that management saw no other option. “The suspension of the academic programme has understandably caused much anxiety across the University of Cape Town. The executive and I fully understand the damaging impact of not completing the academic year – on students, parents, staff, society and the university itself. We appreciate, in addition, that for final year students and international students the consequences are even more severe. The economic consequences will also be far-reaching,” he said.

“I also appreciate that the uncertainty itself, about whether we are open or not, is disorientating, and exacerbates the stress and tensions inherent in this time of crisis. Unfortunately this is an unavoidable consequence of the current approach that links the successful completion of the academic year to an engagement process with protest leaders.”

The university was focusing “all its energy” on finding pathways to concluding the 2016 academic year successfully, he added.

According to Price, there are still specific areas of strong disagreement that are proving difficult to resolve, a key sticking point being the question of amnesty for students that have been expelled or rusticated. An announcement is expected soon regarding how the university will proceed for the rest of the academic year.

UWC has been reticent about the progress made, but grievances from the student movement include resistance to the upfront payment of 30% of outstanding debts plus registration fees upon registration, which will probably require the university to have an alternative source of funding.

Ultimately, the summary is this: the situation has reached boiling point, and universities, which are ill-equipped to handle it, are left holding the baby. However long it takes for the ministerial task team – on which Treasury is not represented – to find a solution, it will not be fast enough for the students, staff and security officers facing off on campuses.

The Western Cape leg of the Fees Must Fall movement, for its part, said students were continuing to fight for access to education and that it had been misrepresented as a violent movement. Students were facing dangerous circumstances, it added. At UWC on Wednesday morning, a student suffering epileptic seizures had allegedly been unable to access medical care immediately due to entrances and exits being blocked by a security officer. By evening, the movement posted footage online which it said depicted CPUT security staff damaging residence property. A night vigil was scheduled for 22:00 outside UCT Vice-Chancellor Max Price’s residence.

Members said they remained committed to the movement. “As we run for our lives from private security and police rubber bullets, lest we forget Blade Nzimande’s words when he said ‘Students Must Fall’,” representatives said on the movement’s Facebook page. “Indeed students are falling. But like the soldiers that we are, we will rise again, and march towards victory, for it is the only logical conclusion.” But it’s likely there will be a great deal more falling – on both sides – before this is over. DM

Photo: A man looks at the damage to a building on the Cape Peninsula University of Technology’s (CPUT) Bellville campus after it was torched overnight during student protests, South Africa, 12 October 2016. A case of attempted murder has been opened after two private security guards were allegedly locked inside a burning building. EPA/NIC BOTHMA