SARS Wars: A desperate endgame for NPA (and Zuma)

SARS Wars: A desperate endgame for NPA (and Zuma) 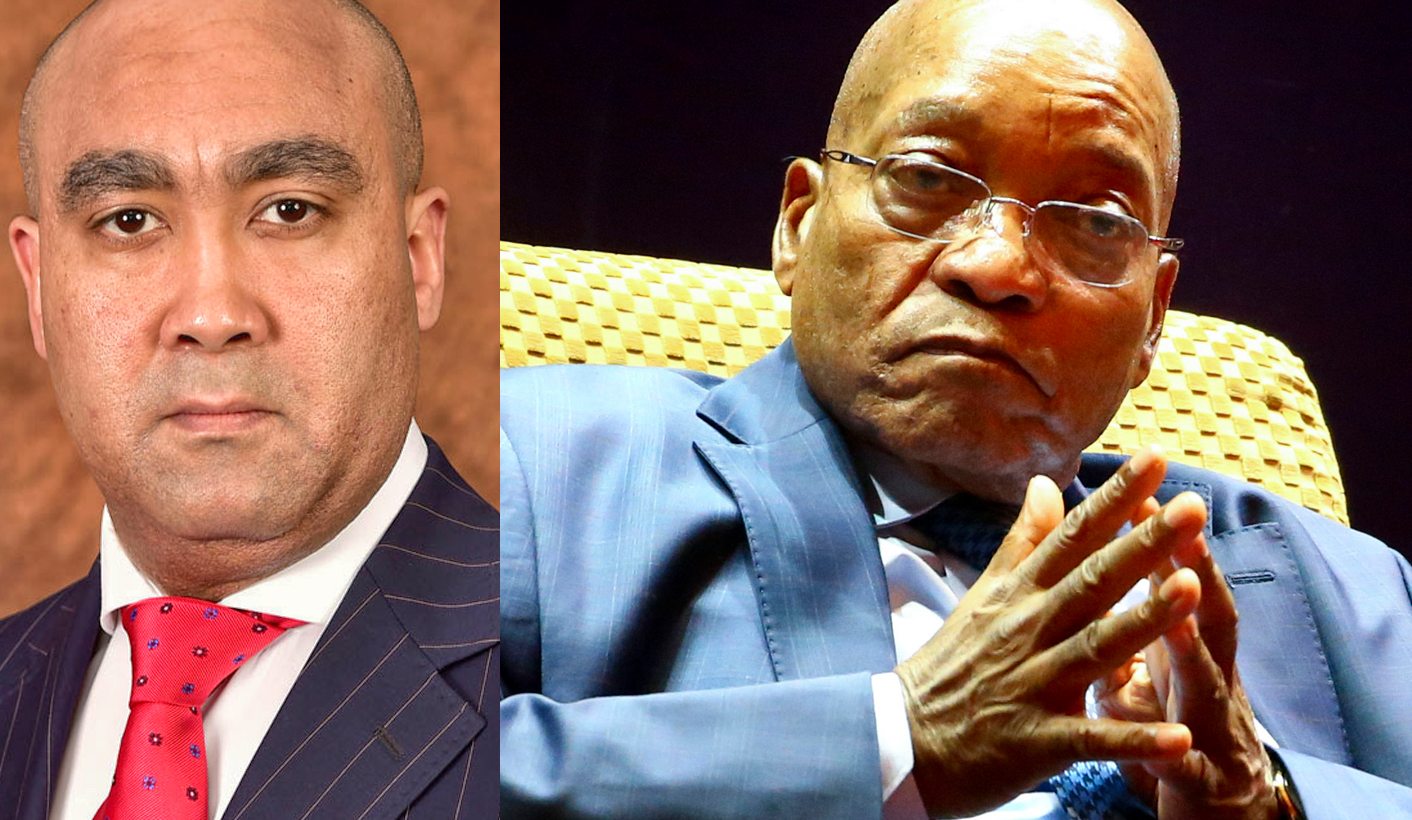 After circling over Minister of Finance Pravin Gordhan for months since his accidental re-appointment to the ministry in December, the NPA struck on Tuesday announcing it would charge him, as well as former SARS Commissioner Oupa Magashula and Deputy Commissioner Ivan Pillay, with fraud relating to Pillay's early pension payout of R1.2 million. This is the last card in the pack that an increasingly cornered and desperate President Zuma hopes will remove Gordhan, seen as an obstacle, out of his way. By MARIANNE THAMM.

In the same week that outgoing Public Protector Thuli Madonsela refused to grant President Jacob Zuma more time to respond to questions with regard to her investigation into State Capture, NPA head Shaun Abrahams announced on Tuesday that it would be charging Finance Minister Pravin Gordhan with fraud. Gordhan has been summonsed to appear in court, along with former SARS Commissioner Oupa Magashula and former Deputy Commissioner Ivan Pillay on 2 November.

The men will face charges related the Public Finance Management Act and the Prevention of Corrupt Activities Act. The accusation of fraud relates to Pillay’s early retirement with full retirement benefits and a pension payout of R1.2 million in 2010. Magashula has been charged as it was he, as the then SARS Commissioner, who had made the request.

Gordhan was addressing an Open Tender conference in Johannesburg when he learned that the summons had been delivered to his home.

Reacting to the news Gordhan said:

“These people know who my lawyers are and they know to make arrangements with them for me to receive summons. South Africans must ask who the Hawks are really serving? Where the Hawks getting their instructions from?”

NPA’s Abrahams on Tuesday said that investigations with regard to a so called “rogue unit” were far advanced but that no one would be charged at this stage.

It appears that after months of attempting to unearth evidence that the National Research Group, later known as the High Risk Investigation Unit (HRIU), had been unlawful – an allegation Gordhan has consistently refuted – the Hawks and the NPA resorted to plan B: finding other charges that would stick and get Gordhan out of the way.

This same week, as the NPA launched its attack on Gordhan, Daily Maverick has learned that SARS Commissioner Tom Moyane – a close Zuma ally – may have lied when he said that he had not met with Hawks Head Lieutenant General Mthandazo Ntlemeza with regard to allegations that his No 2, Jonas Makwakwa and his girlfriend, Kelly-Ann Elskie, also a SARS employee, had been depositing suspicious amounts of money into their personal bank accounts.

Makwakwa and Elskie, were suspended last month after media reports exposed that Moyane had been alerted in May by the Financial Intelligence Centre about the suspicious deposits. Moyane ‘sat’ on the report for months and later said it was a “SARS internal matter”. He appointed the legal firm Hogan Lovells to investigate the allegations. The Hawks, he said, were not investigating the matter.

“I want to put it here that I don’t and have not met the general [Ntlemeza] in this matter. It’s a process on its own that takes its roots within the organisation. It will be done in the process that follows the laws of this country.”

However, Daily Maverick has learned that a criminal case – CAS No 3/6/2016 was indeed lodged with the Hawks in June – a month after Moyane had been alerted by the FIC about Makwakwa’s dealings.

On 11 September Daily Maverick asked Hawks spokesperson Brigadier Hangwani Mulaudzi whether the directorate was investigating Makwakwa and Elskie. His reply at the time was:

“I assume it is an internal matter and for further details please consult SARS.”

Our question to Brigadier Mulaudzi to confirm that the Hawks were indeed investigating Makwakwa and Elskie and that Colonel Herby Heap had been appointed to the case were not answered at the time of writing. If this is indeed the case, it would imply that Moyane and Ntlemeza have been economical with the truth with regard to Makwakwa and Elskie.

The turf war at SARS and involving the HAWKS and the NPA is relevant to Tuesday’s move on Minister Gordhan and other former SARS officials.

The previous SARS executives were all purged after reports in the Sunday Times that the HRIU had been “rogue” , had been unlawful and that it had operated a brothel and spied on politicians. The Sunday Times was found by the Press Ombudsman to have breached several sections of the Press Code and was ordered to apologise and retract the allegations.

Moyane, who was appointed Commissioner in Oct 2014, purged Pillay, former Group Executive Johan Loggerenberg, forced out spokesperson Adrian Lackay and others as a direct result of the reports. Several costly investigations and panels, including the R23 million KPMG report have been conduced into the so-called “rogue unit” but none of these have been made public.

SARS under Gordhan and Pillay was turned into a formidable state institution. It was when investigators began sniffing around the tax dealings of President Zuma as well as politically connected businessmen and politicians that an apparent campaign to remove them was mounted.

President Zuma has been increasingly under pressure with the Nkandla Con Court ruling and that he broke his oath of office, a further ruling by the Pretoria High Court that corruption charges relating to the arms deal be re-instated and now the Public Protector probe into alleged state capture by the Gupta Family.

Meanwhile, on the same morning the NPA was announcing it would be charging Pravin Gordhan, Minister of Energy, Tina Joemat-Pettersson announced that Eskom will be the designated procuring agent for the new nuclear build.

It is a move the DA described as “nothing short of an elaborate sleight of hand aimed at muddying the water and subverting effective parliamentary oversight over the R1 trillion nuclear deal.”

“Far from providing much needed clarity and assurance, the Minister has created greater uncertainty and has all but ensured that Zuma and his cronies will enrich themselves at South Africa’s expense.”

Gordhan has so far refused to sign off on the nuclear deal.

The battle has been raging behind the scenes ever since with the Hawks under Ntlemeza, whose own appointment is questionable and the NPA’s Abrahams leading the charge. And with President Zuma increasingly isolated, Tuesday’s move appears to be a vicious and desperate last attempt at unchallenged supremacy. DM