Rape Culture: The bunch of flowers between abuses 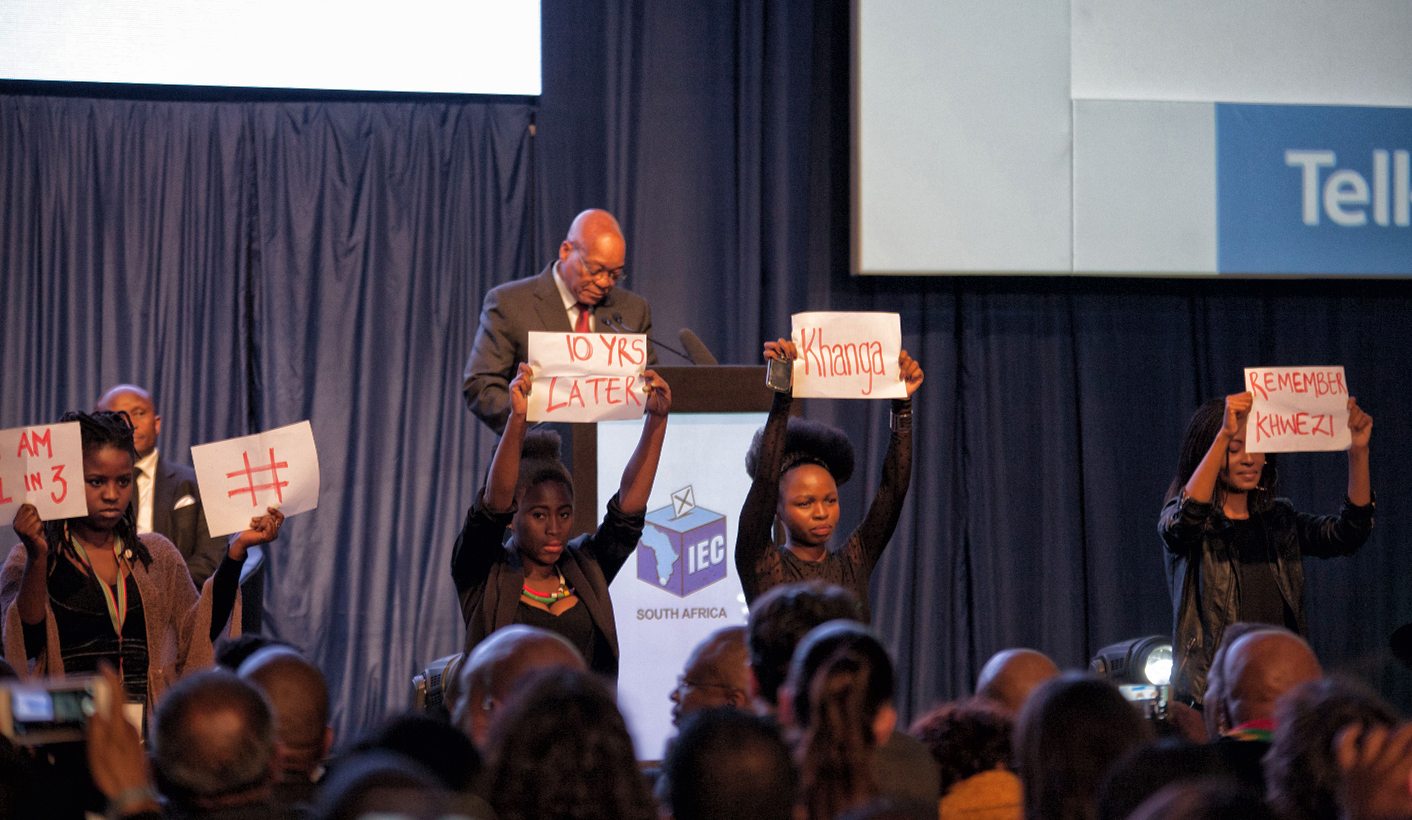 Rape culture is too powerful, its amnesia too deep and desperate. It’s too old, too strong, and it starts too early. By MARELISE VAN DER MERWE.

This is rape culture. She loses everything: her sense of safety, her identity, even her name. Symbolically speaking, he showers the incident off. He becomes president.

This is rape culture. She is assaulted behind a bush. She wakes up in hospital. Concerns are raised about what the scandal will do to his future as a champion swimmer.

This is rape culture. He’s aiming to lead the world’s most powerful country. (God help us.) He boasts of being able to do “anything” to women. He can’t understand why everyone’s so upset. Look at ISIS, people!

In the first instance, it takes death to give her back her name, but even then it isn’t used. She’s still “rape accuser”. Many vow to remember her, but the hashtag works better with her pseudonym. Memes circulate here and there pointing out that she was someone’s sister, friend, daughter. Pointedly, someone crosses out the last three words so that it simply reads: “She was someone.” In a week or two, the next rape story will make the headlines and sincere vows will be made to remember that one too.

In the second, outrage does nothing. He’s released after three months of a sentence that had already been slammed for being far too lenient.

This is rape culture: a systematic showering of all of us: accused, accusers, bystanders. An amnesia that returns again, and again, and again. Sometimes it’s a wilful amnesia; the dismissal that says oh, it’s just words, it’s just 20 minutes of action, it can’t be proven. It’s the limitless capacity to forget, no matter how often there are promises to remember. It’s the gasp of horror at one powerful man’s foul language, when a third of women are raped worldwide. Come on, you’re surprised?

Sometimes it’s not malicious, this amnesia. It’s had to see so much, after all. So when Fezeka Kuzwayo dies at 41, it hopes she finally finds peace. And when Donald Trump boasts of sexual assault, it sighs and dreams (with guilty relief, discomfort) that maybe he has finally met his Moses, because this time he has insulted the powerful – the ladies of the golf course – as well as his usual victims (immigrants, gays, Muslims). Maybe this will be a bridge too far for his followers?

Sometimes it’s a hopeful amnesia. Maybe this time it will be different? It’s forgotten all the times it wasn’t different. It’s good that Trump is losing support, it says bracingly. It’s good that we are #RememberingKhwezi. We will not fail our women in the future.

Except we will. Rape culture is too powerful, its amnesia too deep and desperate. It’s too old, too strong, and it starts too early. It’s the bunch of flowers between abuses. It’s the fairy tale that tells our little girls to be quiet and good and to run from judgement. And when it’s taken root, it’s the blindness that makes it impossible for us to see hypocrisy.

When Trump defended his “locker room talk”, I laughed out loud. For a moment, you see, I’d forgotten how to forget. First he said it was just talk. Then he deflected, talking about the much worse threat of ISIS and how they were beheading people.

Amnesia comes and goes. I remembered that ISIS has killed some 18,000 people in Iraq in two years (many victims are Muslim) and global femicide rates, on the other hand, are at over 66,000 per year (or 132,000 per two years, to put it comparably).

I remembered that doing “anything” to women shouldn’t just be locker room talk, while a scarcely imagined threat to a wealthy white man’s life and liberty is global terrorism. It’s so easy to say one is worse than the other when it’s not your sex that’s free game either way.

I remembered that dying at 41, after 10 years in fear of attack after accusing a powerful man, is the theft of her final decade.

I remembered the letter of Brock Turner’s victim, who explained to him that, however he felt about his short sentence, she would be in prison for the rest of her life.

This is rape culture. It is a hijack of narrative, a life story still being told. DM

Photo: Silent protesters stand in front of President Jacob Zuma during his speech at the official announcement of the results for the 2016 local government elections. They held signs against gender based violence, 10 years after Zuma was acquitted on rape charges. (Greg Nicolson)