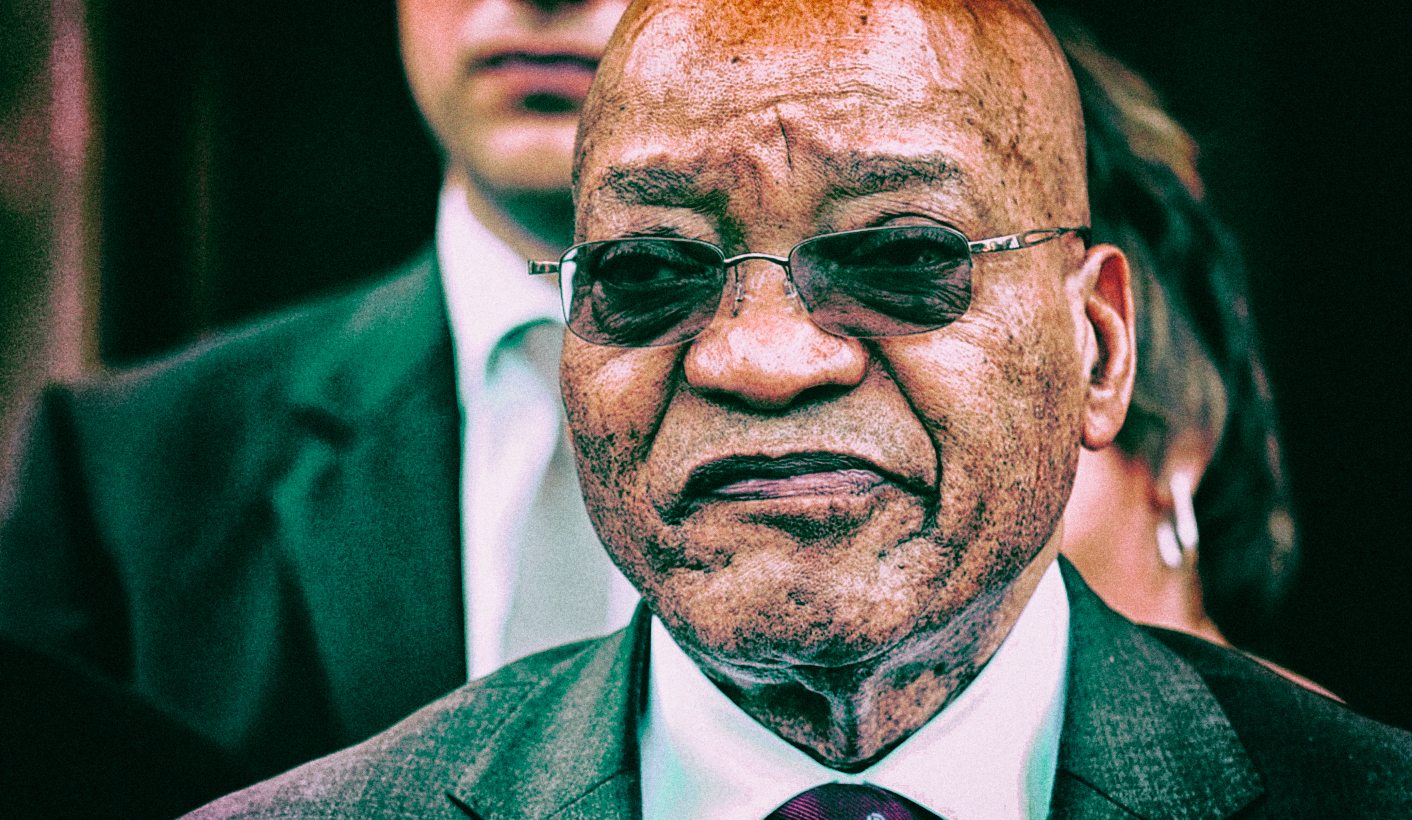 Following a day of unprecedented violence in and around the University of Witwatersrand in Johannesburg, two sinister but connected occurrences rocked South Africa on Tuesday morning, both of which bore the shadowy hand of our silent, absent president.

First was the announcement of a newly formed Ministerial Task Team on Higher Education, an august club assembled by the Presidency to ostensibly address the crisis currently tearing through our universities. President Zuma, who, although his own plane is fully functional, took a charter flight to Kenya on Sunday, saw it wise to include his entire lapdog-loyal security cluster, most notably the bumbling trifecta of Minister of Police, Nathi Nhleko, Minister of State Security, David Mahlobo, and Minister of Defence and Military Veterans, Nosiviwe Mapisa-Nqakula.

Decidedly not included in the Task Team was the only minister who holds the power to negotiate our way through the free education minefield: Finance Minister Pravin Gordhan.

In farming out the tertiary education issue to his security cluster – a security cluster that is inveigling its way into every aspect of South African governance – President Zuma was either blind to the optics, incapable of managing the issue, or more troublingly, seeking direct and lasting conflict with various student movements countrywide. This was a task team without the skills, agency or wherewithal to truly fulfil the task of finding a solution for the university crisis.

But it turns out that this was just a prelude to the morning’s main show.

At 11 am, National Prosecuting Authority national director, Shaun Abrahams, stood at a podium in Pretoria. To the appreciative roars of a rent-a-crowd, he told the country that he intended to prosecute Gordhan, along with former South African Revenue Service (SARS) deputy commissioner Ivan Pillay, and former SARS commissioner Oupa Magashula, for paying Pillay his R1.1 million pension “without following correct procedures” – all of this back in 2010, when Gordhan was Finance Minister for the first time. Almost instantly, the rand dipped precipitously, and R50 billion evaporated from the Johannesburg Stock Exchange

“The days of disrespecting the NPA are over,” said Abrahams in response to journalist’s question, to what should have been uproarious laughter.

The accusations were not new, and they should have come as no surprise. After all, in February, Gordhan was asked to appear before the NPA to give testimony regarding a SARS ‘rogue unit’ that allegedly existed during his tenure. But the cynicism was nonetheless bracing. Abrahams assured us that there was no political manoeuvring behind his newfound prosecutorial zeal, but that’s nonsense: since the disastrous firing of Nhlanhla Nene from the finance ministry last December, Zuma has been angling to fill the post with a pliant and exculpatory replicant.

The charges have been controversial precisely because Abrahams is loyal to Zuma, and because the intellectual case is so weak: Abrahams has himself acknowledged that there could have been no financial upside for Gordhan, and there were no hard rules on the statutory time limit between Pillay’s retirement and his pension payout.

Why now, we wonder? Why, with the tear gas still clearing from the downtown core of the richest city in Africa? Why, with the reading of a difficult medium-term budget looming? Why, with a Public Protector’s report into a “state capture” alliance between Zuma and the Gupta family about to drop?

Is it because South Africa is a country where the rule of law is sacrosanct, and no one – not even the most powerful among us – can escape the reach of its long arm?

Please. If that were the case, Jacob Zuma would have been shackled long time ago.

Let us be clear: Minister Pravin Gordhan is not a god. Nor is he untouchable – ministers and bureaucrats should be prosecuted for stealing or misappropriating so much as an envelope. But the charges against him are so absurd and so trumped up, a process of a yearlong drawing of blood out of stone, that once he is likely forced out of the public office in the coming weeks, it will be a clear act of political vengeance.

His removal, and the subsequent shock to the financial system, will not force the rich to finally “pay their share”. Despite mealy-mouthed references to “radical economic transformation”, Zuma has never displayed any interest in forging a sensible policy of wealth redistribution. Rather, he will once again force the poor to function as society’s shock absorbers.

The upper and the middle classes will watch a portion of their wealth dissipate into the digi-ether, but the weight of a downward-spiralling currency and the subsequent inflationary explosion will almost completely be borne by the country’s worst-off citizens. How do we know this? Ask a family below the breadline how much more it costs to make ends meet following Zuma’s first game of finance ministerial musical chairs.

For this act of cruelty alone, for a move that will have real material effect on millions of lives, the Zuma administration’s actions must be considered as bordering on treason. Taken together with everything else he has done, the specifics of which we neither have the time nor the inclination to tally here today, we can only conclude that the chaos in the country has been deliberately fermented. We can be even more certain that Zuma has no intention of solving it.

South Africans, far too tame themselves, should have drawn the line at Marikana. Following the massacre, there was no doubt that Zuma, his minions, and the party he leads, were willing to do anything in the service of maintaining power. In any normal – in any moral –dispensation, Zuma’s head would have rolled first, and immediately.

But this is not a moral dispensation.

Gordhan will likely have to appear in court on November 2. This will allow Zuma the official ammunition he needs to shuffle his Cabinet, which couldn’t possibly entertain the notion of a finance minister with a fraud charge hanging over him. Having a president with 783 charges hanging over him is an entirely different, acceptable position. (South Africa is nothing if not a King Lear/Fawlty Towers mash-up.)

The markets will roil further, the rand will tank, the ratings agencies will downgrade.

In almost every country worthy of the designation, even where the president or prime minister has the executive authority to name his or her Cabinet, the finance minister position – so critical to the health and welfare of the state – is a consensus pick. But Zuma will not relinquish possession of the National Treasury for a second time.

A replicant is probably coming, along with another bout of Zuma-branded chaos. The damage, as always, is more than temporary: it will result in ever-greater mistrust of the structures of governance, in the mechanism of the state to provide for the people.

Make no mistake: this is borderline treasonous.

It should be dealt with as such. DM

Photo: President Jacob Zuma is seen with Mpumelelo Mkhabela, chairman of the  SA Editors’ Forum (L)  at the presidential guesthouse in Pretoria on Friday, 20 February 2015.Zuma assured editors that the jamming of cellphone networks in Parliament will not happen again.Picture: Werner Beukes/SAPA