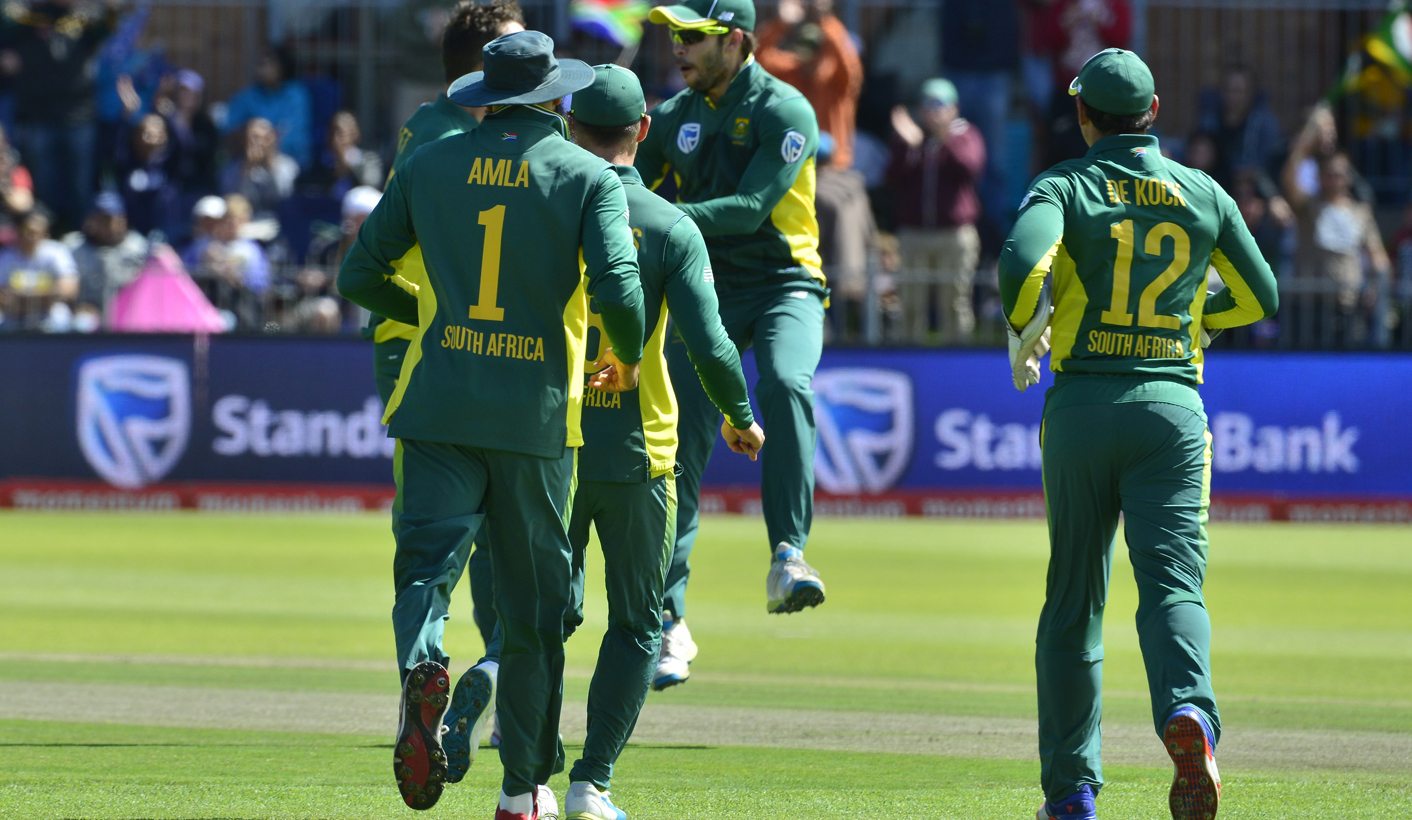 From taking the maverick approach and rewarding form over everything else to the continued absence of AB de Villiers, we pick four talking points after South Africa announced the Test squad to take on Australia in a three-match series in November. By ANTOINETTE MULLER.

Cricket South Africa have announced the 16-man Test squad which will travel to Australia for a three-match Test series beginning on November 3. There are a few notable exclusions and a few interesting selections in the side that will be tasked with beginning the quest of wrestling back the number one Test ranking.

South Africa are currently ranked fifth in the world on 96 points, some way behind leaders Pakistan on 111 points. The other teams ranked above the Proteas (Pakistan, India, Australia and England) are all currently involved in, or will soon be involved in, Test series of their own.

A series loss, depending on the margin, will see South Africa slip to sixth or, at worst, seventh (if they lose by two matches or more and do not win a Test themselves). South Africa have won both their last two series in Australia, but head Down Under with a handful of inexperienced players and under some pressure. Still, these two sides always seem to bring out the best in each other and the conditions are perfect for South Africa’s quicks. The day-night Test will be new territory for South Africa, whose players were in a bit of a huff regarding adequate preparations. The core of the team will have to keep cool and calm heads throughout the series and if ever there was a time for astute leadership, this is it. Here are some of the talking points around the Test squad.

By the end of this week, AB de Villiers will have missed the entire one-day series against Australia due to an elbow injury that required surgery. Faf du Plessis will continue as stand-in captain for the Test side, as he did against New Zealand in the recent Test series and in the one-day series against Australia. While any team in the world will want De Villiers’ name down on the team sheet first, his absence might not be such a bad thing. He holds the record for the most consecutive Tests without missing a match for South Africa, but sooner rather than later, the Proteas will have to learn to cope without him in all formats.

As was the case when a spate of high-profile players retired in quick succession, perhaps getting to grips with his absence by diving into the deep end isn’t such a bad thing. Du Plessis is starting to emerge as a ruthless leader, something which has been absent form this side for a while, and having that edge in Australia could prove to be very useful.

Rewarding form and increasing the competition for spots

South African selectors have done something quite maverick for this squad. They have rewarded form in both South Africa’s domestic first class competition and in the one-day team with a spot in the Test squad. Perhaps they learnt from their astronomical flop in not selecting Stephen Cook sooner last year. Whatever it is, it means Tabraiz Shamsi’s efforts with the one-day side are rewarded and Keshav Maharaj gets a nod for his recent destruction of the Warriors in South Africa’s four-day competition. Maharaj took 13 for 157 in the Dolphins’ season opener last week and finished last season with 36 wickets at an average of 32.00.

This maverick approach does mean that there are casualties, though, and Dane Piedt is extremely unlucky to miss out. He hardly had a chance to bowl in the Cobras’ opening fixture, a match in which just 627 runs were scored with the quicks wiping the floor with hapless batsmen. Maharaj probably just edged Piedt thanks to his batting ability. Maharaj averages 22.81 in 101 innings in first class cricket, including two hundreds and seven fifties, slightly better than Piedt’s 6.85 with a high score of 19.

Unlike Piedt, though, Maharaj has little “A-team” experience and South Africa have to ensure they tread carefully and do not discard the promising all-rounder should things go completely awry.

A test of depth for the next generation

South Africa’s Test side seems to be in a perpetual state of flux at the moment. While there are a few new faces (Quinton de Kock, Kagiso Rabada and Temba Bavuma) who are cementing their places in the starting XI, the “next generation” of players either have limited playing days left (Stephen Cook) or are inconsistent or unlucky (Stiaan van Zyl and Dane Vilas) or are in and out of the team (Kyle Abbott and Dane Piedt). This tour, then, is a chance for those who are on the fringes to stake a claim. Abbott was exceptional when South Africa destroyed Australia in the fourth ODI in Port Elizabeth over the weekend and if he gets a chance, he can prove that he is a far better player than his bowling average of 43.00 makes him out to be. The same goes for uncapped Rilee Rossouw, who, if given a shot, needs to prove that he is better than the inconsistent and sometimes one-dimensional limited overs player he has been pigeon-holed into.

What now for Stiaan van Zyl?

If Stiaan van Zyl decided he’d had enough and he’s off to sign a Kolpak contract, nobody would blame him. His career’s trajectory has been unfortunate. Despite putting in the hard yards in domestic cricket season after season, there was never space for him in the Test squad. When his chance eventually came, he scored a century on debut. But soon, the spot that he had carved out in first class cricket was no longer available in the Test team and he was shovelled up the order to become a makeshift opener. That experiment didn’t work and before you could say “unlucky” he was back batting down the order. Unfortunately for Van Zyl, he didn’t exactly score buckets of runs and in the one and only first class outing of the season so far he scored one and two, in a Cobras side where discontent is rumbling around the coach. DM

Photo: The Proteas run in to celebrate Kyle Abbott of the Proteas second wicke, dismissing David Warner of Australia for 6, during the 2016 Momentum One Day International Series game between South Africa and Australia at St Georges Park, Port Elizabeth on 9 October 2016 © Deryck Foster/BackpagePix