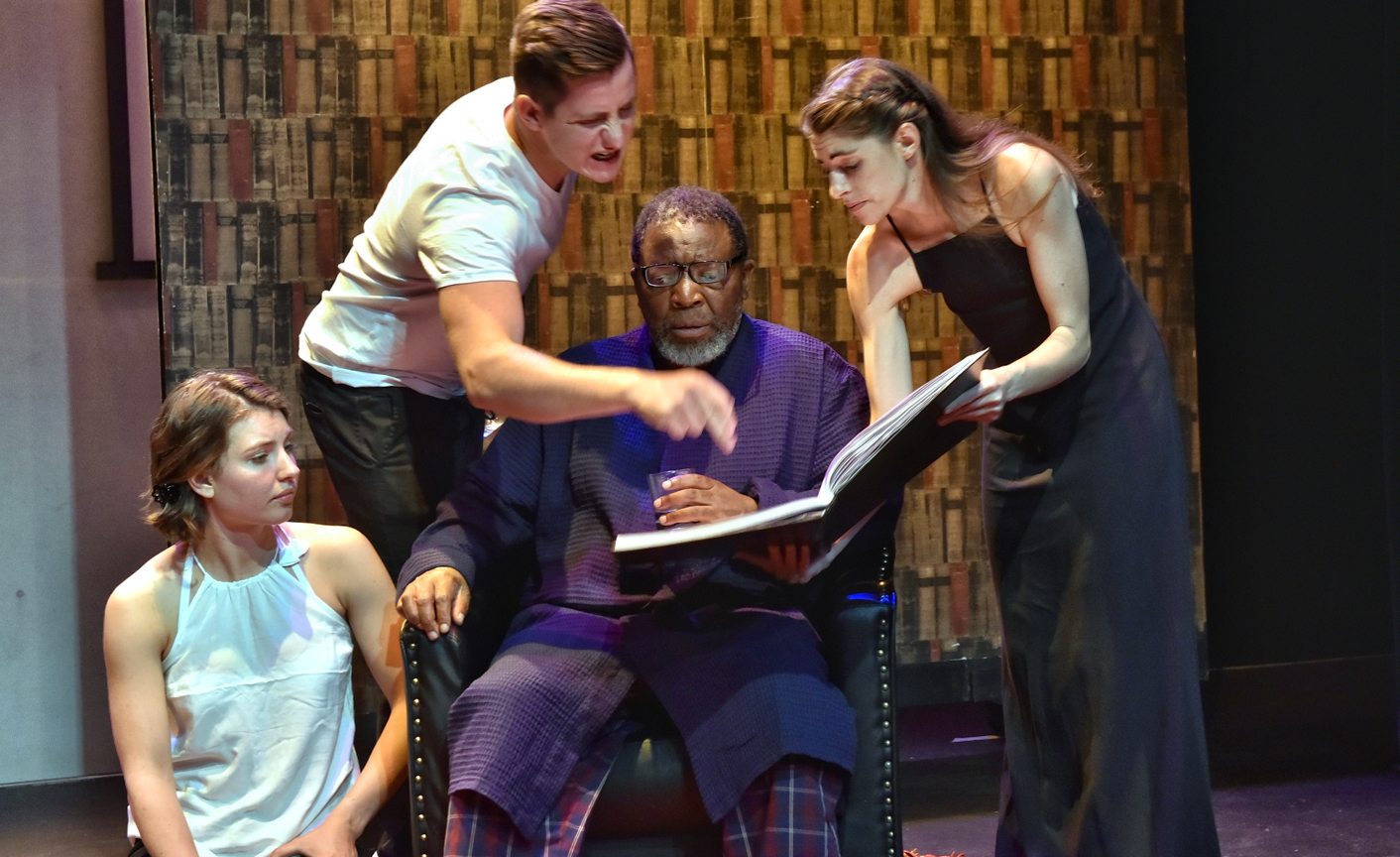 The true story of the depressed mother who killed her three severely disabled children seemed borderline. Who are you to sit at your keyboard and condemn a woman enduring insufferable trauma, not once, but three times over? By LESLEY STONES.

Are there any subjects too taboo for playwrights to bring to the stage?

Anything that people who are not directly involved have no right at all to comment on?

For me, the true story of the depressed mother who killed her three severely disabled children seemed borderline. Who are you to sit at your keyboard and condemn a woman enduring insufferable trauma, not once, but three times over?

My bristling hostility came from a strong suspicion that if I was trying to care for three kids with Spinal Muscular Atrophy (SMA) that would gradually kill them, I’d have done the same. So a play that vilifies you for that crime seems a stone throwing too far.

Yet as I watched Acceptance by Eva Mazza, I found myself agreeing that there are valid arguments to present on behalf of kids who never had a chance to live.

That’s precisely what Mazza aims to achieve, and to challenge society’s idea that some lives are less worthy than others.

Acceptance is the story of the South African mother living in England who killed her three kids in 2014, retold from the children’s point of view.

It’s cleverly conceived, with the judge who accepted a plea of manslaughter by way of diminished responsibility being confronted by grown-up versions of those kids. They aren’t in heaven, they tell him, but in tormented limbo, in a waiting room for the dead until they can accept their fate. To find that closure, they need the judge to hear their side of the story.

Jerry Mofokeng plays the judge with sympathetic gravitas, with Lisa Derryn Overy as Jemma, the oldest child, and Lea Viver and Francois Viljoen as Sam and Nic, the twins.

The script includes transcripts from the actual trial, media coverage and blog posts, and background projections of that evidence, all burdened down with suitably sombre music. Overy also carries a portfolio of extra evidence that includes genuine stories of a handful of SMA suffers who are leading happy, fulfilled lives.

Then we move from fact into inflammatory fantasy, with Mazza weaving a story of how these bright and promising kids were snuffed out by a calculating murderess.

It’s very manipulative – the actors depict children who have grown up to be attractive and clever, while the mother remains more of a wicked spectre than a real character.

It plays on the emotions by heavy-handedly repeating the notion that children killed by their mothers suffer the ultimate betrayal because their mothers couldn’t accept their imperfections.

“I can’t accept that we weren’t good enough, that mum didn’t want us,” Viver says with a face of desperation. “We could have been somebody if we’d been given the chance,” adds Overy, an assured and capable actress. Could the character she portrays have become something similar, or would her life have been any less worthy if it was spent at a far lower level of functionality?

These are uncomfortable questions, and this is one of the few plays I’ve seen where the audience was utterly silent throughout, speaking volumes for how attentive we were.

However, the opening night felt under-rehearsed and the initial scenes were stilted. The acting isn’t perfect and the action needs tightening by director Simona Mazza, the playwright’s daughter.

There’s very little exploration of the family circumstances – just those of the kids, who Mazza assures us were happy to be alive. The father barely gets a mention, and when he does, it’s to condemn him with the crime of absence.

The mother’s attempted suicide is dismissed briefly and almost resentfully, as if Mazza doesn’t believe it was genuine and it’s inconvenient to her view of a determined murderess, not a woman engulfed in desperation.

The repetition is most grating when Overy becomes the mother and recites the letter she wrote to her husband after killing the twins and before killing her older daughter. She acts it twice, and I’m not sure if one is meant to show her distress and the other a more rational side, but the tone is identical and the anguished Lady Macbeth delivery again heightens the wicked witch interpretation.

Acceptance wades into fascinating and emotive territory, but it needs a lot of work to polish it and even more to balance it.

I certainly left with new thoughts in my head, but one remained unchanged. If that had been me, I’d still have done the same. DM

Acceptance runs at Joburg Theatre until October 16. Tickets from www.joburgtheatre.com or 0861 670 670.