GroundUp Analysis: Making sense of the students’ protests, their demands and strategies 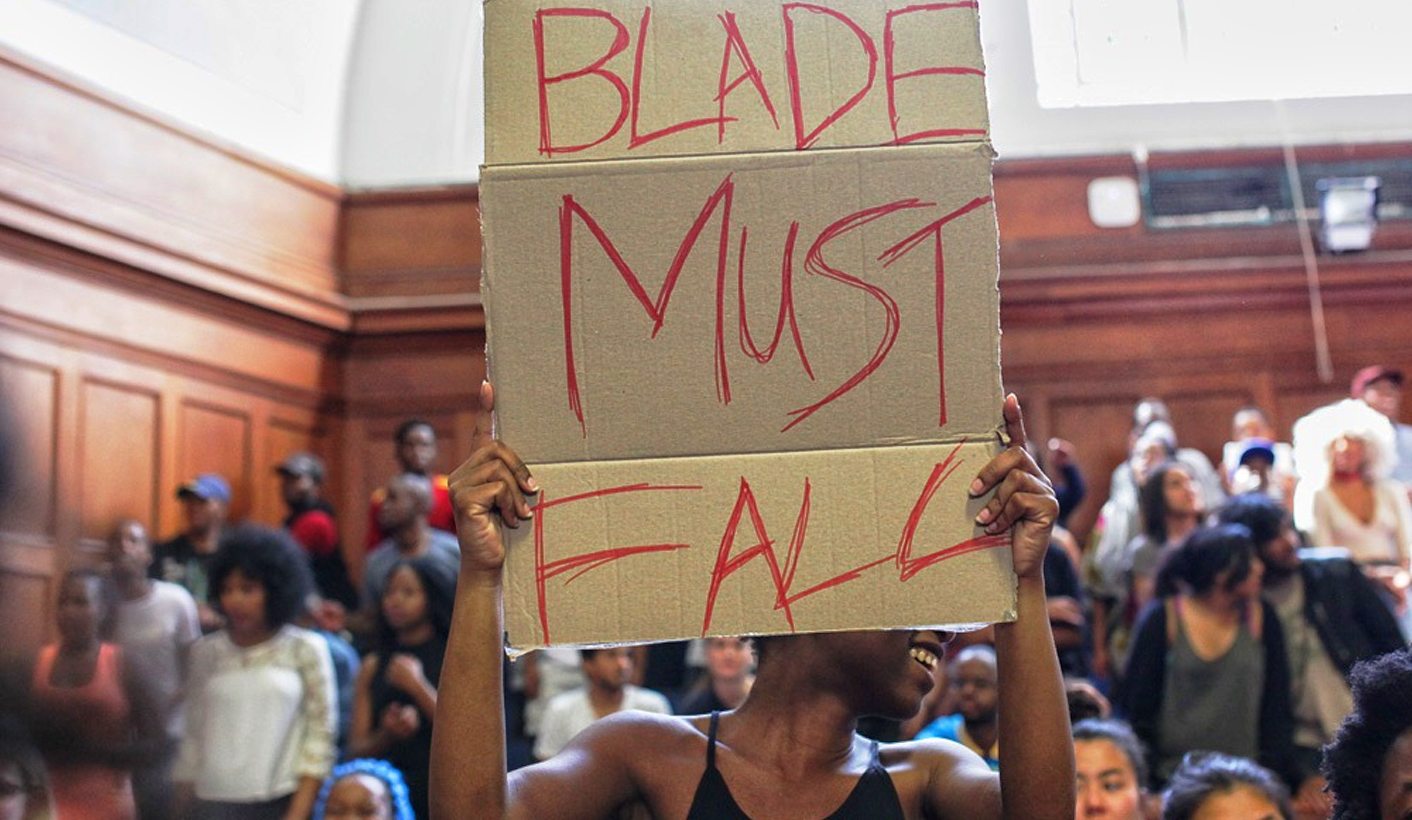 Countrywide we see a challenge to inherited power and privilege by students around the country. These students face exclusion in multiple ways both through the historical legacy of apartheid and the policies of a craven and corrupt current political class. By Shuaib Manjra for GROUNDUP.

The legacy of apartheid remains embedded in society and our institutions, many of which remain untransformed. These institutions systematically or socially exclude people of colour. On the other hand, the current political class callously disregards the struggles of the poor in their quest for corrupt accumulation or via incompetent leadership.

It is because education is both a right and imperative that we have a reflexive empathy with the plight of students and solidarity with their demands – or at least with most of their demands.

Many of us are shocked and disturbed by the images that we have seen in the media – both of private security and police brutality, but also of student violence and gratuitous destruction of property.

Students and youth are asserting their new positions and new identities in ways that may be unfamiliar to us, and also in conflict with our sensitivities. We also begin to confront new terminology which some of us find alien or alienating. Foremost among them are decoloniality, intersectionality, positionality, able-ism, alienation, critical pedagogy, accelerated transformation, inclusivity, micro-aggressions and many others. If we are to understand the new generation it is imperative that we deconstruct and understand these terms.

Student demands around the country vary, but I will speak from a University of Cape Town (UCT) experience since I cannot claim to understand the nuances elsewhere, except to say that the rallying cry around the country is for fee-free education: education that is accessible to all. Linked to this is the call for the decolonisation of the curriculum.

UCT students have two additional specific demands that trump others. Their foremost demand is the lifting of the expulsion of the five suspended or rusticated students. The other demand is that the university convenes a process of restorative justice. The students call it Shackville TRC, while the university prefers an Institutional Reconciliation and Transformation Commission.

The student struggles also need to be seen within a broader political landscape – which includes the failure of the government to deliver basic human needs; a shrinking economy with an attendant reduction in job opportunities; a failed political leadership; wastage of enormous state resources through corruption and maladministration; and, important, a contest for political space among numerous new role-players particularly with the emergence of the EFF and the Pan Africanist Student Movement of Azania (Pasma).

If free education or what some term “full access to university” is to be achieved this responsibility lies solely within the domain of the state, not the university. The university like any other institution has a finite income balanced against necessary expenditure – where 50% of the revenue is derived from fees. This shortfall has to be met by the state or else universities will simply fail. Add to this the demand of our new society to expand student numbers. Thus students’ demands on universities are seriously misplaced; they should be directed at national government.

No student in this country should be hampered in realising their full potential through a lack of financial resources. But at the same time the academic project and the quest for excellence should not be compromised for short-term politics. On Thursday the Treasury issued a statement that showed over R260-billion could be saved if government rationalises its procurement processes. This would go a long way in funding education in this country. The most successful societies are those that have invested significantly in education.

However, free education should be delinked from decoloniality, the second demand of students. Decolonisation is premised on the fact that knowledge is not value-free. It argues that our epistemology or systems of knowledge are based on western values or the colonial matrix of power. Decoloniality has been defined as “epistemic disobedience”, “epistemic delinking” and “epistemic reconstruction”. It aims to liberate education from the epistemology of power, inequality, various forms of discrimination and exploitation. This is indeed a laudable objective that should not detract from the historical legacy of knowledge and its transmission over generations as a common legacy of all humanity.

This decolonising project is a multigenerational task that we will bequeath to our future generations. One fundamental step towards this is to first master the existing sciences. Without that one cannot deconstruct, delink and reconstruct.

This was painstakingly demonstrated by Edward Said in Culture and Imperialism and Orientalism which was after all a project in decoloniality without use of that specific term. So was Paolo Freire’s The Pedagogy of the Oppressed. More important, however, is that this task remains firmly, but not exclusively, within the domain of black and progressive academics. The universities’ curriculum transformation project is only a small step in this direction. It is ironic that students demand what they consider a colonial institution to decolonise the curriculum. Agency, among those making this call, is critical. It is simply not someone else’s task.

The third demand of students is the reinstatement of students who have been expelled or rusticated from the university for the commission of, or aiding and/or abetting, acts of violence. This occurred during what is termed the Shackville protests in February, which focused on lack of student accommodation. A university vehicle and a Jammie Bus were destroyed, paintings burnt and other university infrastructure damaged. A university lecturer was assaulted. Five students faced the university disciplinary tribunal and were given various sanctions, the most severe being permanent expulsion. The students have a right to appeal this decision and some have. One of the non-negotiable demands and indeed the primary reason for the current uprising at UCT is the reinstatement of these five – who have shown little remorse for their actions. In fact they question the legitimacy of the rules of the university and that of the tribunal but are comfortable running to the courts to seek relief. Some are serial offenders and have frequently violated the interdict against them.

The fourth demand is that the university engage in a TRC/IRT process to unravel, expose, deconstruct the black experience at UCT and to seek an apology from the university for systematic racism and the way black students were and continue to be treated. It also is intended to investigate the political factors behind the Shackville protests and what is termed the “criminalisation of protest”. Protests, according to some of them, are by their very nature disruptive, and certainly disruptive of the status quo. For some violence is legitimate, in fact it is glorified. The TRC is a process which is intended to seek restorative justice.

Some of these demands are legitimate and others open to question. But I must add that UCT has significantly conceded on every one of these demands, yet the students have shown no commitment to allow the academic project to continue – holding it hostage to self-defeating demands.

So here are some of my disagreements with the mode of engagement of the current student protests:

Undoubtedly, our country and particularly our entire education system is in crisis. We must applaud the bravery of students in taking up critical issues that require urgent redress, but at the same time we need to criticise them for their destructive strategies – most important of which is the sabotage of the academic project.

The next few days will be critical for our intuitions of higher learning. We either achieve a compromise or lose a significant part of the academic year. This will have a huge financial and social cost to our country – one we cannot afford.

This is an edited version of a speech delivered at the Claremont Mosque on 7 October. Manjra, a medical doctor, is an elected member of UCT’s Council.

Views expressed are not necessarily the views of GroundUp, UCT or the Claremont Mosque. DM

Photo: A student protester calls for the ‘fall’ of the Minister of Higher Education and Training. Photo: Ashraf Hendricks