Op-Ed: Drug Policy Reform gets a Foothold in West Africa 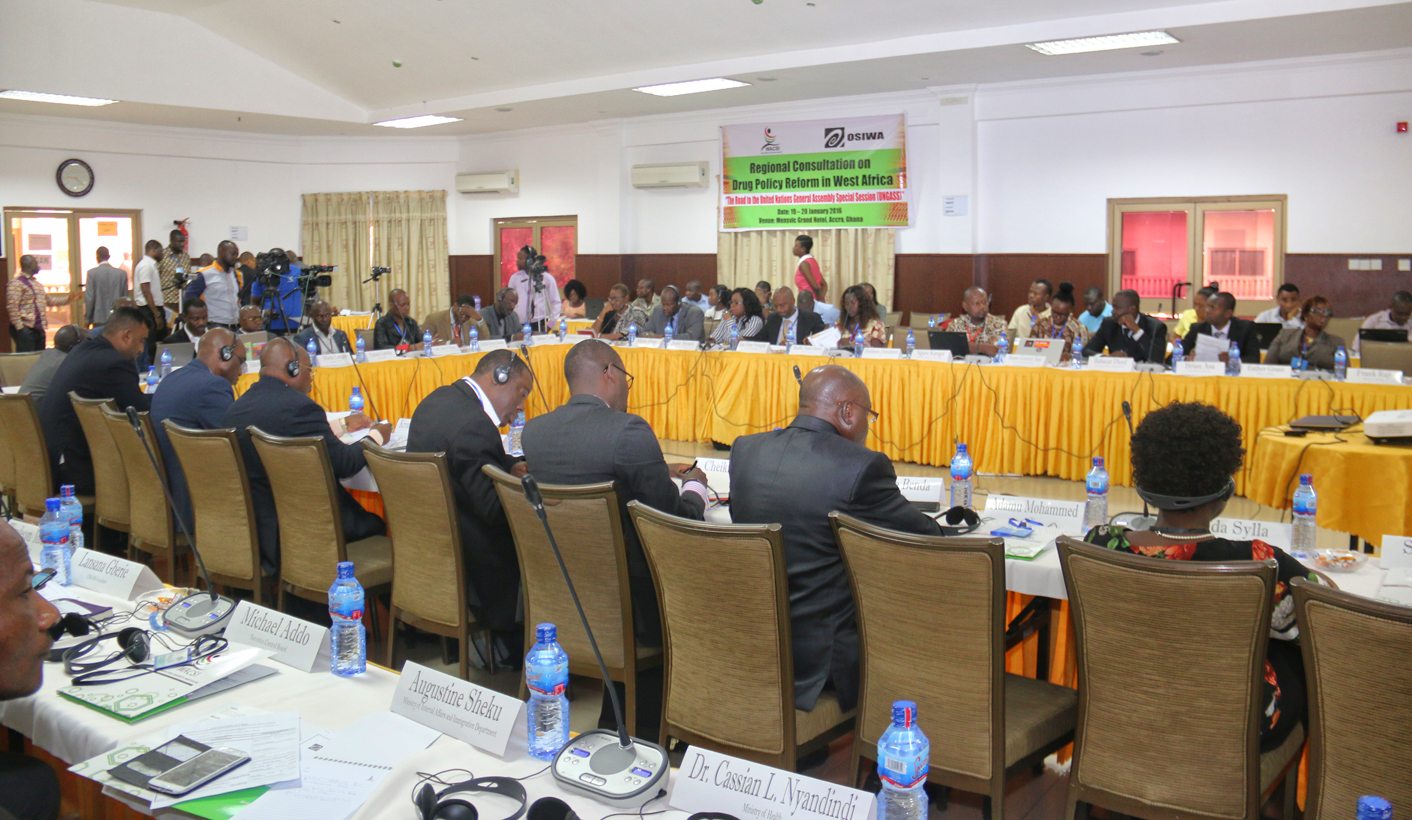 A number of capacity building workshops on drug policy reform have been organised to increase the understanding of West African civil society organisations on how drug trafficking and current drug policies impact negatively on governance, democracy, human rights, security and public health. By LEANDRE BANON.

Two years ago, I was recruited to be the project lead for the West Africa Drug Policy Reform Project. I was excited to take up this role and at the same time, quite nervous about the challenges ahead.

Until recently, drug issues in West Africa had been percieved as highly security related and treated with a criminal justice approach. In addition, there is a strong social stigma among the populace associated with the use or possession of drugs. It is very common practice today to see persons who use or are in possession of drugs being described as criminals, irrespective of the underlying reasons for their predicament.

Following the launch of the West Africa Commission on Drugs report titled No just in Transit: Drugs, the State and Society in West Africa, it became evident that the current prohibitionist approach adopted over 50 years and the excessive use of the criminal justice system in the subregion had failed to reduce the scale of drug markets including drug use and production. This raised the need for evidence-based drug policy reform and to adapt and adopt policies in West Africa that have proven to work around the world.

The report called for a strong collaboration between government and civil society to formulate and implement evidence-based drug policy across West Africa.

However, the most challenging issue in the subregion has been that a number of civil society organisations (CSOs) in the region do not work on drug related issues. Also, many of them do not have adequate expertise on the issue and this makes it difficult to engage West African governments effectively.

In response to this glaring capacity gap, a number of capacity building workshops on drug policy reform have been organised to increase the understanding of West African CSOs on how drug trafficking and current drug policies impact negatively on governance, democracy, human rights, security and public health.

Under the aegis of the West Africa Drug Policy Network (WADPN), CSOs across West Africa are advocating for drug policy reform. They are voicing their concerns on the negative consequences of the approaches to the drug problem in the subregion. The current ability of CSOs to engage governments and key stakeholders effectively on drug issues was a rare occurrence some two to three years ago.

In Ghana the WADPN held a three-day meeting from December 4 to 6, 2015 with the parliamentary select committee for defence and interior. They discussed the proposals contained in the new narcotic bill, which is currently before parliament. Network members emphasised the importance of having drug laws that support people who use drugs and the development of harm reduction programmes in the country.

According to an official of Ghana Narcotic Control Board during the West African Epidemiology Network on Drug Use (WENDU) organised by Ecowas from July 13-14, 2016 in Abuja, the new Ghana Narcotics Bill before parliament will replace prison sentences for drug users through a process of administrative sanctions.

Civic activists are taking to the streets in West African countries to raise awareness of the harm being caused by the current harsh drug policies in the region. They are demonstrating to call for change in laws and policies that impede access to harm reduction interventions and other evidence-based services, and to end the criminalisation of people who use drugs.

CSOs recognise this and call for an urgent action to be taken by our governments to redress this situation. In 2015, CSOs and activist from 11 West African countries participated in the global “Support Don’t Punish” campaign.

The Support Don’t Punish campaign calls for the protection of the human rights of people who use drugs – including their right to health, life and the implementation of harm reduction services.

The same campaign recorded a significant increase in participation in 2016. Civic activists from 15 of the 16 West African countries organised events to mark their support for the campaign.

At the recent United Nations General Assembly Session (UNGASS) on the world drug problem that took place from April 19-21, 2016, West African CSOs seized the opportunity to engage and interrogate the path, consequences and alternatives to the current drug policies being implemented across the region.

Prior to the UNGASS, numerous consultations were organised for CSOs to engage West African States that took part in UNGASS and the goal was to influence decisions that align with the global response while remaining contextually relevant.

As a result of the various actions taken by CSOs and activists across the subregion, some West African countries clearly and openly took a positive stand at UNGASS 2016. For example, the government of Ghana vowed to step up efforts to improve the quality and the depth of the dialogue that had been generated ahead of UNGASS, to ensure that in rebalancing international policy on drugs, policy emphasis is placed on human rights including treatment, care, harm and risk reduction.

Also, Cape Verde highlighted that punitive drug policies have not worked, hence the need to move towards more humane and evidence-based policies.

Another indicator that drug policy reform is under way in West Africa is the evidence of increased collaboration between West African governments and civil society on national drug policy formulation and implementation.

In Ghana and Sierra Leone, CSOs were involved in collaboration with their national governments in the drafting of their countries’ respective positions towards the UNGASS 2016 on the World Drug Problem.

More examples of collaboration can be found in Benin and Liberia where CSOs work closely with National Drug Law Enforcement Agencies to promote policies that respect the rights of people who use drugs.

However, all these achievements should not mask the remaining challenges such as the vexing issue of decriminalisation and legalisation and other contentious drug-related issues; social stigma and countries still practising unhealthy prohibition policies and where no visible reform process is taking place around the subregion.

It has become apparent that the critical need for a paradigm shift in the fight against drugs will require deliberate and collective actions from various stakeholders including media and citizens for it to become a reality in West Africa. DM

Main photo: Regional Consultation on Drug Policy Reform in West Africa 19 – 20 January, 2016 in Accra, Ghana ahead of the UNGASS 2016.