ISS: Dag Hammarskjöld’s legacy – what does it mean...

ISS: Dag Hammarskjöld’s legacy – what does it mean for Africa? 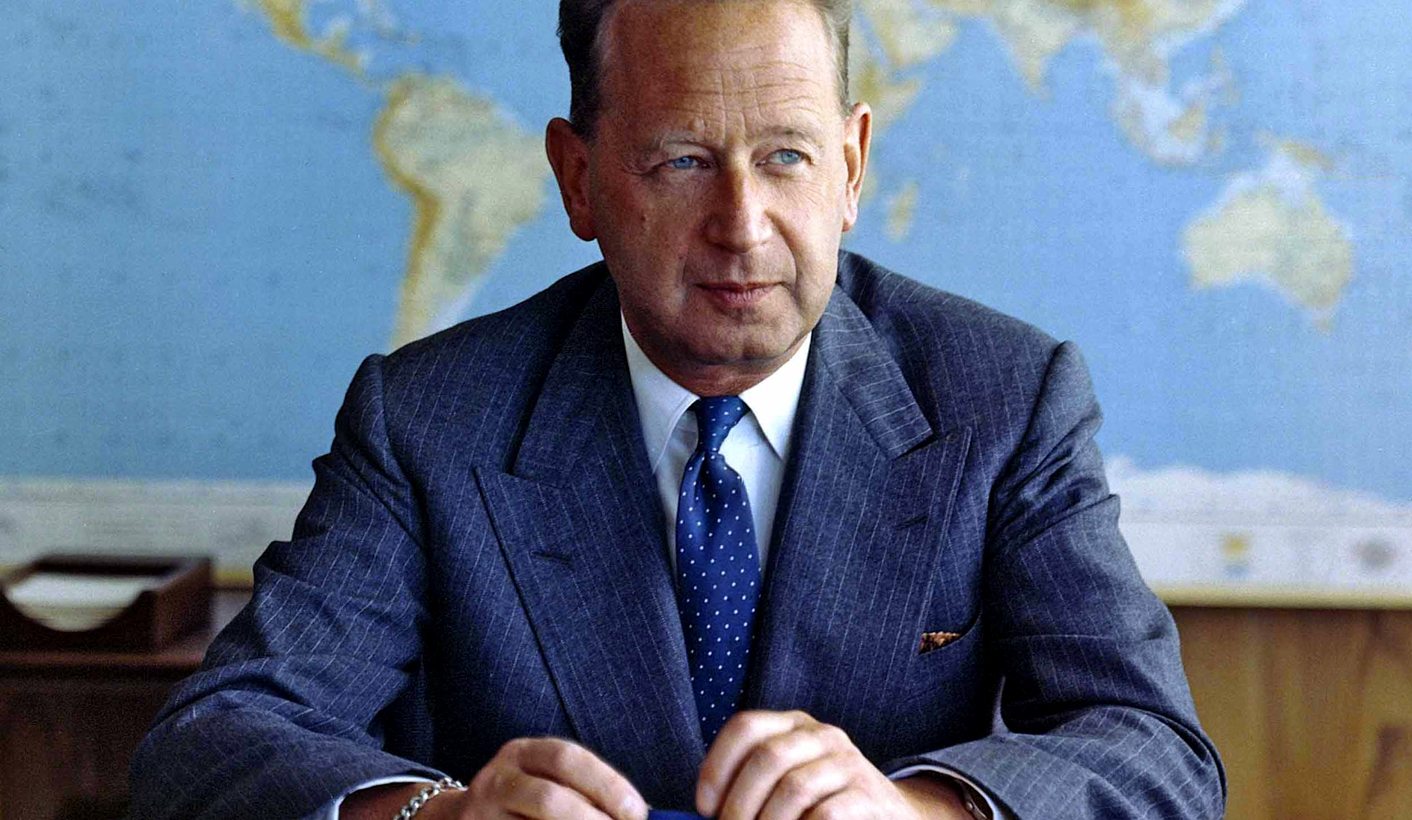 If former UN Secretary-General Dag Hammarskjöld’s vision for Africa is to be realised, greater focus is needed on conflict prevention and governance. By Jacqueline Cochrane and Amanda Lucey for ISS TODAY.

Sunday, September 18. Some 10km outside of Ndola, Zambia, a group of people have gathered at the site where 55 years ago, Dag Hammarskjöld – the second secretary-general of the United Nations (UN) – perished in a fatal plane crash.

The military band strikes up a plaintive tune. Their thick, red uniforms seem to belong to a different time and climate. The sounds drift into the stifling heat, across to the clearing where tall trees surround the memorial site.

On September 18, 1961, Hammarskjöld was en route from Leopoldville (now Kinshasa) to try to broker a ceasefire to end fighting in Katanga over secessionist policies. Shortly after the crew had radioed for permission to descend, the DC-6, nicknamed the Albertina, crashed into a stretch of wooded bushland.

Although widely attributed to pilot error, the cause of the crash has never been established conclusively. Described by the Washington Post as “one of the Cold War’s greatest mysteries”, it remains cloaked in conspiracy theories.

Since 2014, there have been several reports of moves by the UN to reopen its investigation into the case. Current UN Secretary-General Ban Ki-moon has said that a renewed investigation “may be our last chance to find the truth”.

Hammarskjöld remains one of the most revered UN leaders, and in Africa his legacy is particularly relevant given his commitment to decolonisation and upholding the values of the UN Charter. In many ways, Hammarskjöld set a benchmark: for leadership, for successfully navigating the institutional difficulties facing the UN, and for bold and timely responses to the challenges of his time.

Five-and-a-half decades after his death, it is timely to recall his legacy. Soon, the next UN secretary-general will be elected. The pressure to make the institution more efficient and proactive is reflected by the three UN reviews on peace-building, peacekeeping and women, peace and security in 2015. These reviews state the need for conflict prevention and a holistic notion of sustaining peace that builds on partnerships. Calls for a reform of the UN Security Council continue to raise questions over the legitimacy of its decision-making processes.

While much had been achieved in Hammarskjöld’s lifetime and since, the work he set out to do in giving Africa the means to address its problems remains very much incomplete.

Many African countries had attained independence in Hammarskjöld’s lifetime; but today, few of these can be said to function as effective democracies. Elections are being held, but often these are contested and seem to act as trigger points for pre- and post-electoral violence instead of heralding milestones for peace.

Some analysts present at the commemoration described African electoral processes as a nasty hangover from colonial days, where aspects of archaic systems have been cherry-picked and adapted to form a pliable model of democracy, which is often fundamentally hamstrung by “winner-takes-all” politics.

Plainly put, it means there is too much at stake come election time. For the opposition, failure is complete and devastating. For those in power, losing one election means losing everything. Zambia is a case in point.

The commemoration of Hammarskjöld’s death takes place just over a month after the recent elections in this country. The sombreness of the commemoration event seems fitting; not just for the gravity of the occasion, but also because it comes at a time when the very fabric of the country’s democracy has been tested.

Political violence increased before the polls, and newly re-elected President Edgar Lungu’s victory was contested. While some say the Zambian voting system is hard to rig, others complain that the pre-electoral playing field was bitterly uneven.

This includes what seems to be a slow but conspicuous narrowing of the political space through media intimidation and state bias. In June, The Post, a newspaper critical of the government, was shut down and two of its editors arrested. Shortly before the elections in August, the alleged media clampdown continued as three broadcasters were reportedly forced to close shop.

Although Lungu claims to have won the elections fair and square, some citizens are further concerned by the support he enjoys from former president Rupiah Banda. Banda is a divisive figure whom many continue to see as a corrupt leader who abused his powers as head of state and enriched himself indiscriminately – even though he has successfully proven his innocence in several corruption charges.

Southern African Development Community (SADC) countries like South Africa, Mozambique and Zambia are often held up as a convenient poster child for stability and democracy, but it is becoming increasingly and alarmingly clear that peace-building processes in many of these states were neither as complete nor as advanced as many would like to believe.

In Mozambique, the elections held in October 2014 were described in a Freedom House report as “transparent and fair, despite some irregularities”. Yet unrest continues to flare up and the ghosts of a protracted civil war refuse to be put to rest. The opposition, the Mozambican National Resistance, or Renamo, continues to fight for a share at the political table.

Zimbabwe has seen growing anti-government protests, and in South Africa, violence is increasingly used as a first resort and the language of the frustrated.

Do these signs constitute the kind of early warning that we need to heed with urgency and seriousness in the name of preventing conflicts before they break out? Or must there be open war and bloodshed for countries like Zambia to become “enough of a problem”? The question of what conflict prevention means in practice needs to be answered not only by organisations like the UN and the international community at large, but also by the African Union and its regional blocs.

Regional economic communities (RECs) like the Economic Community of West African States and the Intergovernmental Authority on Development are looking to implement more progressive early-warning systems, looking at countries’ structural vulnerabilities and engaging civil society in identifying problems and appropriate responses. But SADC seems to be lagging behind.

Its early warning continues to be intelligence driven. But SADC is fraught with mistrust among member states, which is not conducive to the useful sharing of intelligence, and which therefore means that early warning very seldom translates into early action.

The AU also has its own early-warning system, but its engagement with the SADC early-warning system can be improved. Translating early warning into early response remains a problem mainly because the question of when to intervene raises questions over sovereignty and non-interference – principles that many African states hold dear.

“Hammarskjöld died on mission in the search for peace in Africa,” said Henrik Hammargren, Executive Director of the Dag Hammarskjöld Foundation, at the commemoration event in Ndola. He added: “The best way to honour Hammarskjöld is to recognise his work and work in his spirit.”

Policy circles recognise that collective action is the only way to make peace-building more effective, and that a larger focus is needed on conflict prevention and governance. But tackling conflict prevention means addressing issues of early warning more courageously. DM

Jacqueline Cochrane is a Communication Specialist and Amanda Lucey is a Senior Researcher, Peace Operations and Peacebuilding Division, ISS Pretoria